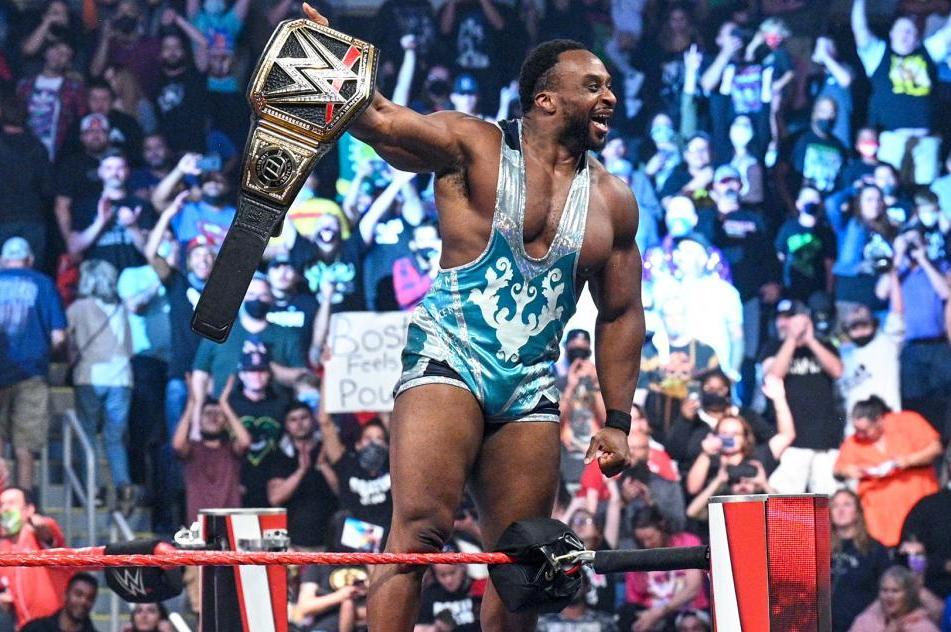 Big E Is Your New WWE Champ, What’s Next for Bobby Lashley and More Raw Fallout

Vince McMahon and Co. brought out the absolute best for WWE Raw on Monday with a huge main event.

Bobby Lashley put his WWE Championship on the line against Randy Orton, but an extra wrinkle was added with Big E promising to cash in his Money in the Bank contract by the end of the night.

What followed was a monumental finish. The All Mighty speared The Viper to retain the title, only to face a second challenger, who planted him with the Big Ending to win his first WWE Championship.

Meanwhile, Shayna Baszler finally got to wrestle on her own and had a great match with Charlotte Flair. The two showed what The Queen of Spades could do after over a year of her run wasted in a team role.

Karrion Kross delivered a memorable promo on his plans for the red brand. His character continues to change and evolve, with WWE seemingly struggling to decide what he should be for Raw.

It was a show that will be talked about more than any other Raw in recent memory.

Big E was considered the “future of WWE” when he won the NXT Championship in January 2013, and he has done quite a bit since then. However, he had not won a world title on the main roster.

When he separated from The New Day in last year’s WWE draft, it felt like the company had big plans for him. Luckily, that has panned out well. Big E won the big one and established himself as the top man on Raw.

A star in presence, build and talent, the 35-year-old is perfectly suited to be the top babyface of WWE for years to come. He is the kind of talent who can speak for the company in a way few others can. He could be the closest Vince McMahon has to a franchise face.

Roman Reigns is the company’s biggest star, but he remains a heel. At Survivor Series, The Tribal Chief is likely to go up against the new WWE champion in a special moment that could solidify Big E as the future of the business.

The outpouring of support for the new titleholder after Monday’s victory only confirmed how beloved he is as a locker room leader.

Big E is special, and WWE has finally committed to how special he is.

Bobby Lashley’s reign as WWE champion was long enough to be meaningful but never overstayed its welcome. He ran through every challenger and looked truly unstoppable, but he ran into the perfect storm.

WWE cannot lose track of how great The All Mighty was as world champion, though. Arguably, he got his run with the title too late based on his talent and tenure with WWE, but hopefully he will remain one of the top heels on Raw or SmackDown.

The WWE draft will open up a wave of fresh possibilities for both brands. What will matter most is shuffling the rosters for fresh matchups. Lashley needs Superstars who can challenge him.

Beyond a rematch with Big E, he only has a potential feud with Damian Priest left as a possibility at the moment. He and MVP may go after the Raw Tag Team Championships, but that wouldn’t be the same as staying near the peak of the red brand.

The company is consistently short on top talent, and the two most-recent WWE champions, Lashley and Drew McIntyre, need to be respected as such in next month’s draft and beyond.

While the record books will show Shayna Baszler held one of top women’s titles for much of the past year, she has largely been wasted during that run.

The Queen of Spades and Nia Jax never really clicked as a tag team.

It was tough to watch one of the most dominant women in NXT history fall into a backup role. She is so much better than she has been allowed to show over the past 12 months. And based on her performance with Charlotte Flair, she has not lose her edge during that time.

At a time when WWE has plenty of talent but few top women’s stars, Baszler is a key candidate to promote. She is still competing at her best with a hunger to succeed that few can match.

She will fight her former tag team partner next week on Raw, and that should be the end of it. She needs to defeat Jax to prove she can be more than just second best.

If Baszler is allowed to work at her best, she will help make any women’s division better. And with the WWE draft approaching, it’s time to remember whose talent should be valued more.

Some may have already forgotten Karrion Kross was a dominant NXT champion just a month ago. He was quietly devalued upon his arrival on Raw, including a wholly unnecessary loss to Jeff Hardy on his debut appearance.

Since then, WWE has thrown him into some odd leather gear and saddled him with a bizarre red helmet. He has cut promos about his dominance and picked up wins, but he has yet to show any real direction.

For a time, he just seemed to be waiting for Scarlett, his NXT manager, to arrive. Now, it seems he is on his own. He can pull this off with the right backing, but WWE must settle on his character.

The company has struggled repeatedly with transitioning talent from NXT, which may be a reason why the black-and-gold brand is set for a revamp. Kross was brought up for his talent not his gimmick, and Keith Lee was the same but cannot get on TV most weeks.

Everyone goes through a period of transition on a new brand, but WWE should be able to make the switch more straightforward. It has a clearly defined developmental structure, so there is no excuse for floundering when bringing up talent.

Hopefully, Kross’ fine promo on Monday night indicates he is ready to thrive with a fresh look and attitude.

Denial of responsibility! NewsUpdate is an automatic aggregator around the global media. All the content are available free on Internet. We have just arranged it in one platform for educational purpose only. In each content, the hyperlink to the primary source is specified. All trademarks belong to their rightful owners, all materials to their authors. If you are the owner of the content and do not want us to publish your materials on our website, please contact us by email – [email protected]. The content will be deleted within 24 hours.
Loading...
best sports newsbigBobbychampfalloutLashleynews update sportsnewsupdate

Kathy Carter is promoted to chief executive of LA28 group