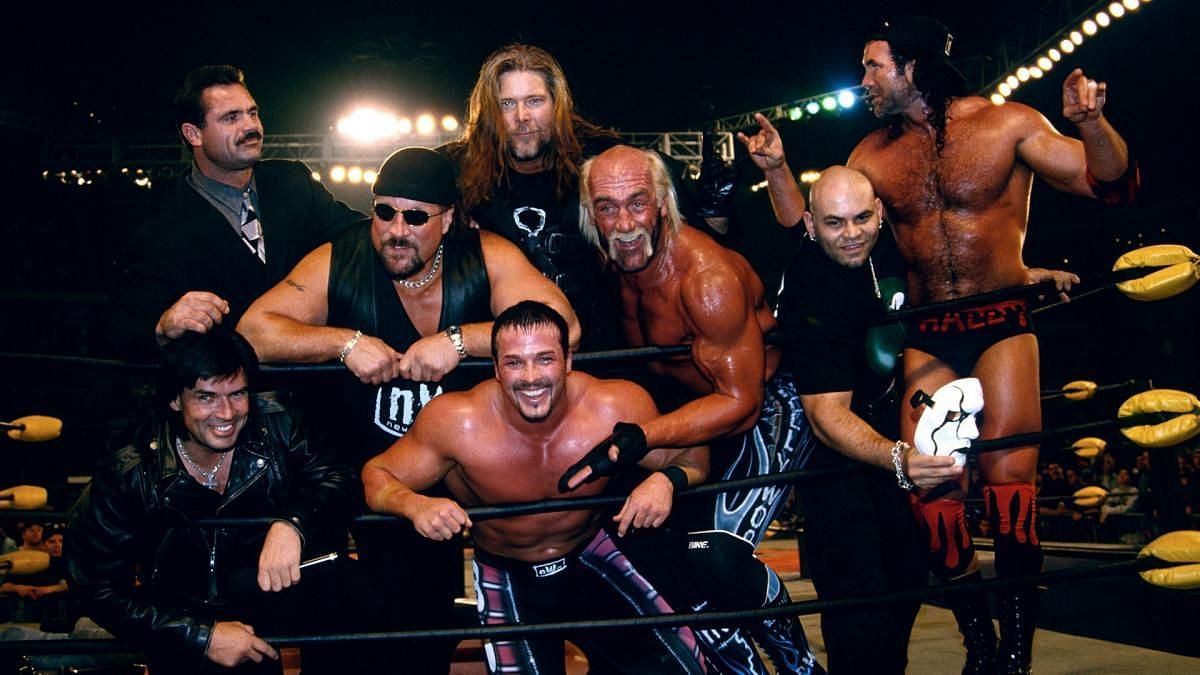 Billy Gunn reveals what DX did better than NWO

In an interview with Sports Illustrated, Billy Gunn said that the NWO ruined itself by letting everyone join.

Gunn was asked whether a group like DX could ever be recreated, and Gunn responded by saying it would take a special dynamic. Gunn noted the impact that DX and NWO had at the time but said DX never washed down its core:

“I don’t want to say it can’t happen, because anything can happen in the wrestling business, but it would take a special dynamic. There were only five of us, and we never washed it down. NWO ruined themselves by letting everyone join. I think there were something like 350 members, right? There were five members of DX, and we all clicked and knew our positioning. We worked together to make something special, and we knew how to feed off each other to make it work.”

“It was almost too good to be true. Look at the way it happened. Shawn [Michaels] dropped out. Hunter needed some other guys. Me and Road Dogg were never supposed to be together, but then we were put together and we clicked. Then you have Chyna, who is in a league by herself. Everybody gelled, everything came together. Let’s look at the landscape. You had [Steve] Austin and [Vince] McMahon, who were red hot. You had The Rock, Undertaker. It was a time that was so special.”

Gunn’s point about the roster during The Attitude Era is apt, considering the talent that co-existed. Furthermore, his more significant point is how groups work when everyone ‘gels’ and has that ‘extra something’ that not many wrestlers have.

While The nWo certainly left its mark on the industry, there is truth to the fact that it lost its sting over time by adding new members without putting too much thought into it.

How many members of The nWo were there?

September 29, 1997: Sting comes to the aid of The Giant when the nWo hit the ring and attack him. Sting single-handedly fights off the nWo. That pop from the crowd as soon as Sting hits Savage…goosebumps, head to toe. #WCW #MondayNitro #OnThisDay

September 29, 1997: Sting comes to the aid of The Giant when the nWo hit the ring and attack him. Sting single-handedly fights off the nWo. That pop from the crowd as soon as Sting hits Savage…goosebumps, head to toe. #WCW #MondayNitro #OnThisDay https://t.co/4s2en9TNJp

The nWo went through multiple incarnations across WCW, WWE, and NJPW. By some accounts, there were at least 49 of them when counting WWE and WCW alone. But taking NJPW into account, that number grows to roughly 62, but it’s still unclear whether this is the final number.

As Billy Gunn said, there might have been 350 of them.

CM Punk embraced a wrestler when he came out as gay. Find out the whole story here. Heartwarming.

Denial of responsibility! NewsUpdate is an automatic aggregator around the global media. All the content are available free on Internet. We have just arranged it in one platform for educational purpose only. In each content, the hyperlink to the primary source is specified. All trademarks belong to their rightful owners, all materials to their authors. If you are the owner of the content and do not want us to publish your materials on our website, please contact us by email – [email protected]. The content will be deleted within 24 hours.
AEWAEW Roster 2021best sports newsBillyBilly GunnD-Generation XGunnHistory of WWE

Drew McIntyre: Vince McMahon Is Intimidated Because He Hasn’t Tried to Wrestle Me