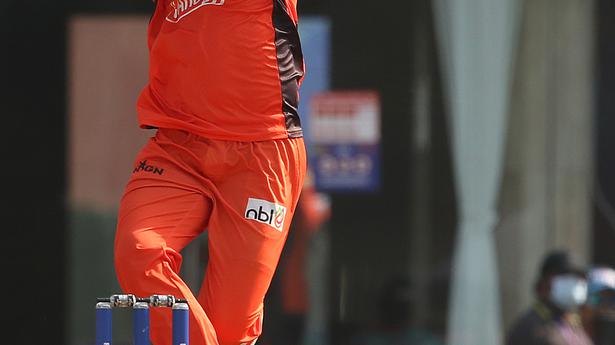 Lakes and hills dot this city in northern Karnataka. Nrupatunga Hill, in fact, provides a fetching background to the KSCA Stadium which is basking under the sun on this Wednesday afternoon.

Because of the overnight rain, the outfield is a bit wet, but should there be no further showers, the second ‘Test’ between India-A and New Zealand-A could well have a prompt start on Thursday.

Though the opening day’s action in the first ‘Test’ at Bengaluru had to be cut short because of rain, the weather didn’t play spoilsport for the rest of the match. That too, despite the metropolis recording rains heavy enough to flood several areas.

The players of both teams must be hoping they haven’t brought the rains along with them from Bengaluru, about an hour’s flight.

The bowlers among them must be hoping the batters haven’t brought the runs along from the friendly wicket at the M. Chinnaswamy Stadium.

Three of the India-A batters — opener Abhimanyu Easwaran, Rajat Patidar and Tilak Varma —- had cracked hundreds there. But the match’s highest score came from a visiting batter — Joe Carter, who hit a well-crafted 197.

It would be interesting if the wicket here offers a bit more assistance to the bowlers.

In the previous First Class match played here, there were six-wicket hauls for Karnataka seamer Abhimanyu Mithun and Uttar Pradesh’s left-arm spinner Saurabh Kumar (who is part of the squad but didn’t play in the first ‘Test’), in 2019.

That bit of statistics should encourage the bowlers of both India-A and New Zealand-A, who had to toil hard at Bengaluru.

Talking of bowling, it would be interesting to see if Umran Malik, that rare genuine Indian fast bowler, gets a game.

It would certainly be worth watching how he performs in a long-format match after some fiery spells in T20 cricket.

Denial of responsibility! NewsUpdate is an automatic aggregator around the global media. All the content are available free on Internet. We have just arranged it in one platform for educational purpose only. In each content, the hyperlink to the primary source is specified. All trademarks belong to their rightful owners, all materials to their authors. If you are the owner of the content and do not want us to publish your materials on our website, please contact us by email – [email protected]. The content will be deleted within 24 hours.
assistancebest sports newsbowlersIndia Anew zealand anews update sportsnewsupdatesports news