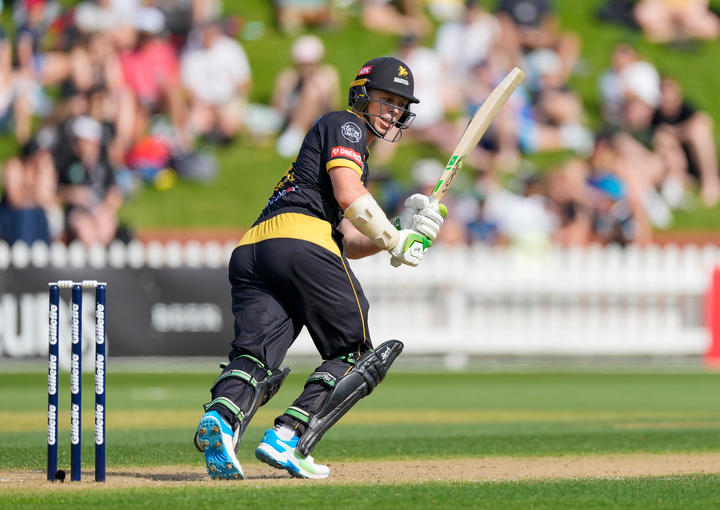 Bracewell included for tour of England

Wellington all-rounder Michael Bracewell has capped off an impressive season with inclusion in the Black Caps Test squad for the upcoming tour of England.

The 31-year-old earned his maiden T20I and One Day International calls ups over the recent summer.

With the five Black Caps at the IPL unlikely to be available for the two warm-up matches at Hove (May 20th – 23rd) and at Chlemsford (May 26th – 29th), the initial squad of 20 will be reduced to 15 ahead of the three Tests against England, the first of which begins at Lord’s on June 2nd.

Along with ICC World Test Championship points on the line, the tour will also mark a year on from the Black Caps historic away Test series victory over England, which was followed by their victory against India in the inaugural WTC Final in Southampton.

Of the 15 players from the WTC Final squad, 13 will return for this tour to England, with Ross Taylor and BJ Watling having since retired.

Fletcher has been selected as the second wicket-keeper alongside incumbent Tom Blundell, while Ajaz Patel is the front-line spinner following his successful returns with the ball in England and India last year.

Hamish Rutherford played the last of his 16 tests for New Zealand seven years ago.
Photo: Photosport

There will also be two T20’s against the Netherlands in early August, followed straight-after by a tour to the West Indies for three ODI’s and three T20’s.

“It’s going to be a busy winter…. we’ve seen in recent times the need to be flexible with squads, schedules and staffing – and this winter will be no different,” said coach Gary Stead.

“The red ball tour of England first up is clearly high on our priority list and we’re looking forward to hitting the ground running over there in a couple of weeks’ time.

“There’s a reason we’ve only ever won a couple of Test series over there and we know we’ll have to be at our very best to do it again.

Stead said with five players away at the IPL and a couple more (Will Young at Northamptonshire, and Colin de Grandhomme at Surrey) playing County Cricket – there would be a need to transition a significant number into the squad ahead of the series.

“All going to plan we will have everyone fit and available for the first Test at Lord’s, and aim to announce our final squad of 15 for that series once we’ve completed our warm-up games.”

He added that, with such a prolonged schedule away from home, the welfare and well-being of players and staff would again be paramount.

“Last season I thought we juggled our resources really well to ensure the welfare of our people was prioritised, and we’ll be looking to do that again with the white ball cricket in July and August.

“That means no players or staff will stay with the side for the entire 14 weeks while we’re away, as we balance the workloads.

“The ICC T20 World Cup in Australia is only six months away and we’ll continue to also prioritise as much planning and preparation for that as possible,” said Stead.

Denial of responsibility! NewsUpdate is an automatic aggregator around the global media. All the content are available free on Internet. We have just arranged it in one platform for educational purpose only. In each content, the hyperlink to the primary source is specified. All trademarks belong to their rightful owners, all materials to their authors. If you are the owner of the content and do not want us to publish your materials on our website, please contact us by email – [email protected]. The content will be deleted within 24 hours.
Audiobest sports newsbracewellCurrent AffairsenglandincludedNewsnews update sports

Is Leaking a Supreme Court Opinion a Crime? The Law Is Far From Clear