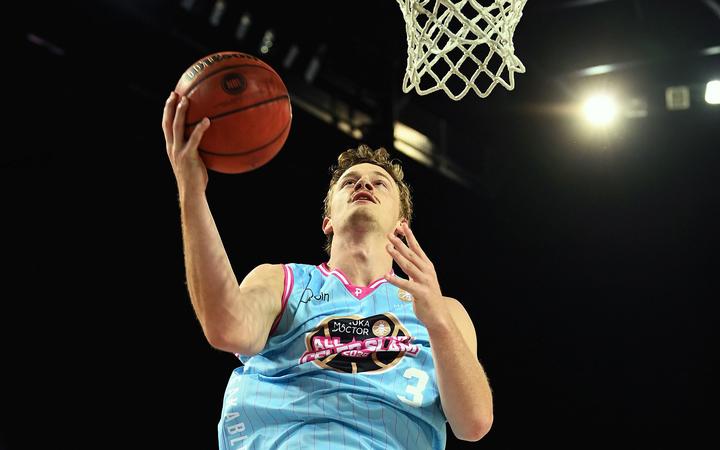 The Breakers will spend the first half of the 2021/22 NBL season in Australia and hope to play in New Zealand in the second half of the competition.

The draw for the season has been released and with Auckland still in level 3 because of COVID restrictions, the Breakers are scheduled to play all 14 of their home games in the second half of the season.

The team hopes to play up to ten games in Auckland and will look to play the remaining four home games around regional New Zealand in 2022.

The Breakers will relocate to Australia for pre-season next month, where they will be able to play four practice matches before their season opener against Cairns on December 4.

“The NBL is a fan-first product, and playing in front of crowds is vital for the league and our clubs,” says NBL Commissioner Jeremy Loeliger.

“Giving supporters an even better chance of seeing their teams compete at home was a key driver in moving things back slightly and in how we’ve structured the schedule.”

Loeliger says the NBL has again adopted a flexible approach with contingencies built into the schedule for when borders reopen, vaccination rates reach state targets, venues become unavailable due to other events, lockdown rules ease, and crowds are allowed back in arenas.

“There are a lot of factors to consider, and we’ve tried to plan for them all, so as some or all of those various events unfold and begin to materialise, we will enter a different phase of the schedule, and certain things change as a result and as we deem necessary,” Loeliger says.

“We are confident that as both New Zealand and Australia open back up, our schedule will open up with it, and we will get back to running the competition like we used to with all teams playing and traveling from their home bases.”

“To be honest, I would sleep in a tent in Australia if it meant we play basketball and get this season started,” says Breakers MVP Finn Delany.

“It was inevitable we were starting the season in Australia, we saw it coming, and we are going to be better prepared this year.”

Head Coach Dan Shamir feels much more optimistic heading into the new season compared to the last, where there was so much uncertainty.

“The good thing about it and the reason for us to be optimistic is we are looking to have 14-games at home,” says Shamir.

“Although they’re not going to be spread from game one in the season, we will be able to get back home.”

That’s a great thing for us and a very different story compared to last year.”

Denial of responsibility! NewsUpdate is an automatic aggregator around the global media. All the content are available free on Internet. We have just arranged it in one platform for educational purpose only. In each content, the hyperlink to the primary source is specified. All trademarks belong to their rightful owners, all materials to their authors. If you are the owner of the content and do not want us to publish your materials on our website, please contact us by email – [email protected]. The content will be deleted within 24 hours.
Audioaustraliabest sports newsbreakersCurrent AffairshomehopeNBL