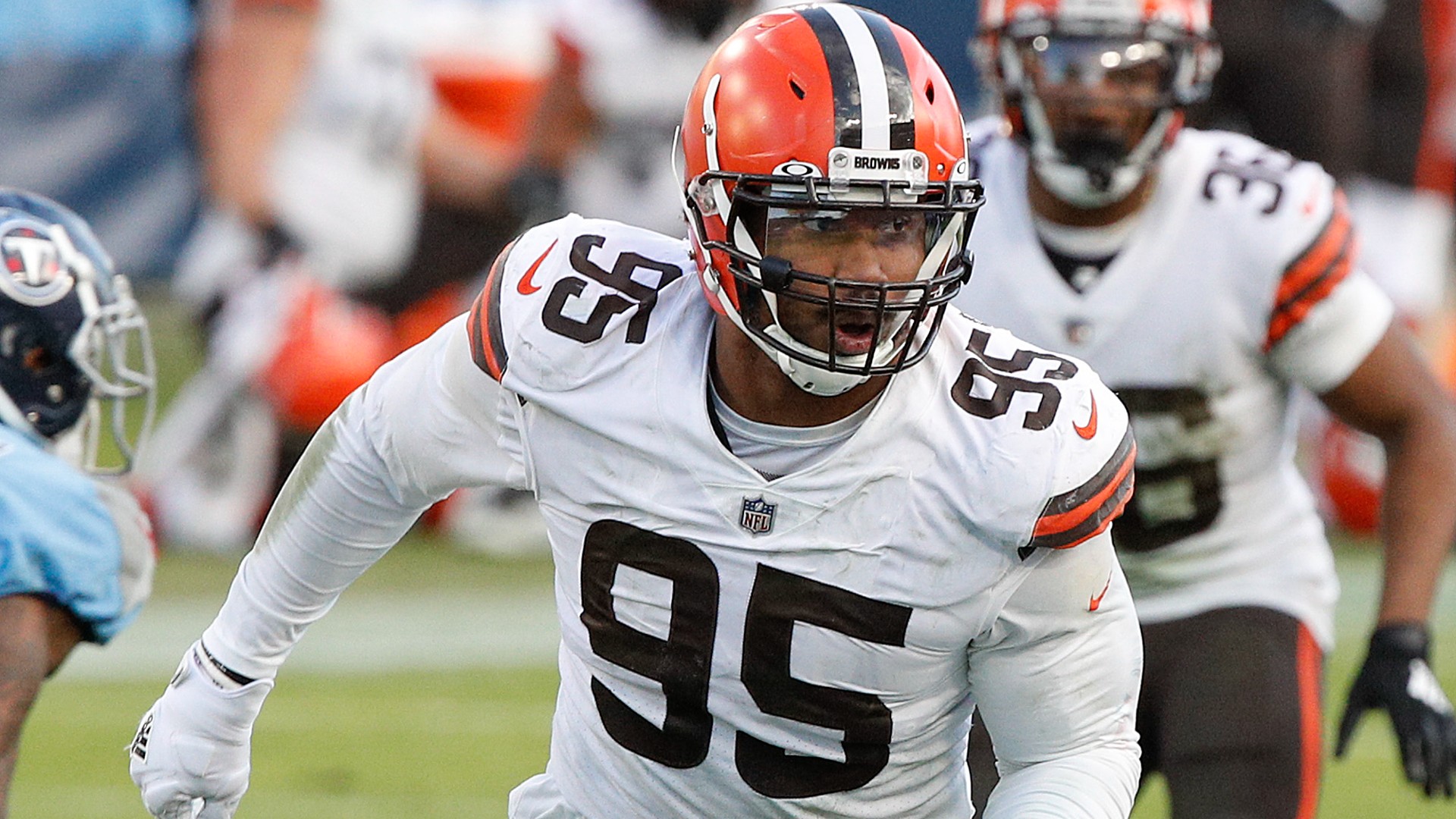 Browns’ Myles Garrett: Chiefs RB coach should have been ejected in addition to Ronnie Harrison

Myles Garrett doesn’t disagree with Ronnie Harrison’s ejection from the Browns-Chiefs game on Sunday afternoon. However, he isn’t happy that Chiefs running back coach Greg Lewis was allowed to remain in the game.

The Browns’ defensive end described what he saw during the play and explained that both Harrison and Lewis were at fault for their decisions.

“I saw [Harrison],” Garrett said after the game, per the Akron Beacon Journal. “He was tangled up. I saw him get pushed and he pushed. And I was like, ‘We don’t need any of that for our team. We’ve got to be smarter than that.’

“But [Lewis] should get the treatment our player should get. He should be tossed out of the game just like Ronnie.”

Garrett has a point. Lewis clearly did shove Harrison after he helped make a tackle on an 11-yard Clyde Edwards-Helaire reception. Harrison did step over Edwards-Helaire, who was still on the ground after the play, but it didn’t seem like there was any malicious intent on the play.

Lewis also made the first shove, so it’s somewhat surprising that he was whistled for a penalty but not ejected by Bill Vinovich’s crew, which didn’t even whistle Harrison for a penalty before gathering to discuss the play. Lewis will almost certainly be fined for his actions, and Harrison probably will be too.

Harrison’s ejection proved crucial to the Browns. They were already shorthanded at safety because of Grant Delpit’s hamstring injury, so they had to rely on third-string strong safety MJ Stewart to play most of the game across from John Johnson III.

Patrick Mahomes and the Chiefs threw for 337 yards and three TDs against the Browns secondary, but a botched punt was what ultimately doomed Cleveland in its 33-29 loss.

Denial of responsibility! NewsUpdate is an automatic aggregator around the global media. All the content are available free on Internet. We have just arranged it in one platform for educational purpose only. In each content, the hyperlink to the primary source is specified. All trademarks belong to their rightful owners, all materials to their authors. If you are the owner of the content and do not want us to publish your materials on our website, please contact us by email – [email protected]. The content will be deleted within 24 hours.
Loading...
additionbest sports newsBrownsChiefsCoachejectedGarrettHarrison