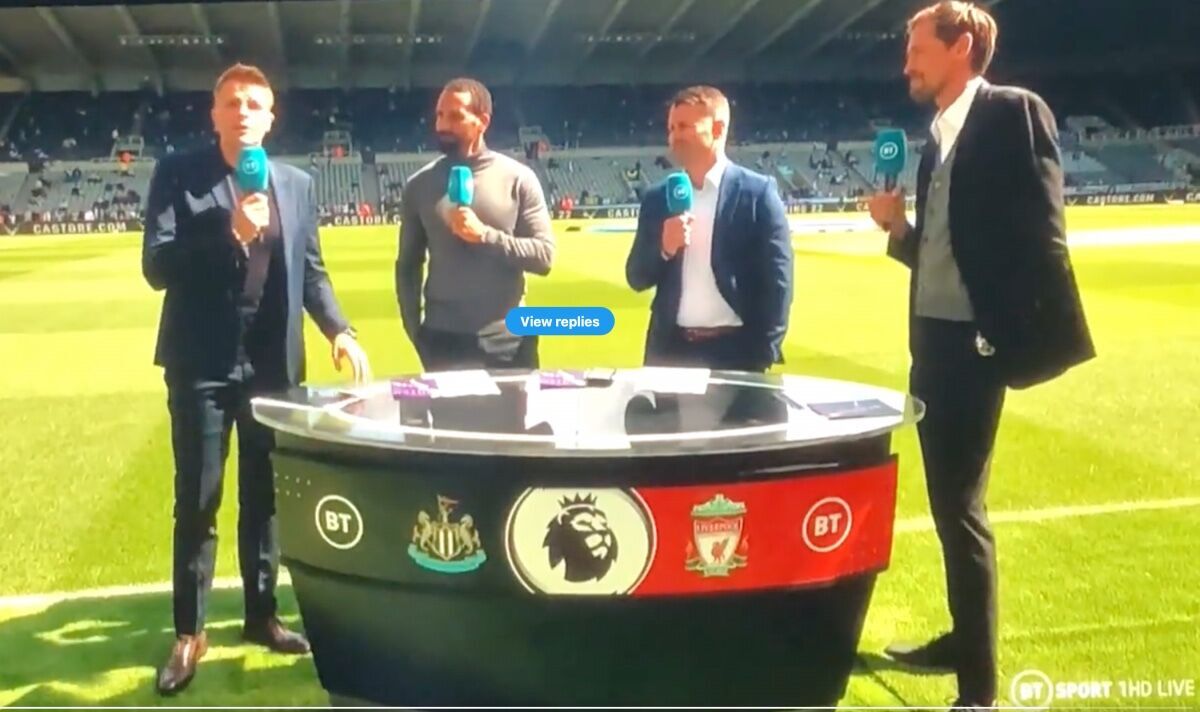 Jake Humphrey has clarified his controversial comments on Newcastle’s ownership after being branded “tone deaf”. The BT Sport presenter was accused of hitting back at those questioning the club’s Saudi Arabian-backed owners and overlooking the mass of human rights indiscretions surrounding Mohammed bin Salman and his Saudi government.

Speaking ahead of the Magpies’ Premier League clash with Liverpool on Saturday, Humphrey said: “As ever with this club, there are people standing on the sidelines, ready to snipe and have a bit of a pop. At the moment, the way they’re running the club, it’s proving difficult for them, isn’t it?”

Taking to Twitter to clarify his controversial comments, the BT Sport presenter insisted his remarks were directed towards Newcastle manager Eddie Howe and not the club’s owners. He wrote: “I appreciate how this clip looks. Let me be absolutely clear though, Eddie Howe had left us moments before this, we were talking about him, and my praise, my use of ‘they’ was aimed squarely and only at him and his staff.”

He also said on air: “Off the pitch the ownership situation here will always quite rightly lead to questions, and certainly any praise from me for this football club is aimed at Eddie, his players and the fans.”

Many perceived the 43-year-old’s comments to be a defence of the club’s Saudi-led owners, who are also key players in their county’s government regime. The host was deemed by many to have turned a blind eye to their widely-condemned human rights record of the club’s new owners, as he appeared to instead laud them for their investment into Newcastle signings in January.

It’s fair to say Humphrey’s ambiguous remarks didn’t go down well with the majority of football fans watching. Guardian journalist Sachin Nakrani, who posted the clip, replied to one user: “Even for Jake that’s one hell of a tone-deaf call.”

Max Rushden swiftly called for Humphrey to clarify his comments, remarking: “[He] should really explain who he’s referring to…” while another viewer added: “And they say sportswashing doesn’t work.”

Denial of responsibility! NewsUpdate is an automatic aggregator around the global media. All the content are available free on Internet. We have just arranged it in one platform for educational purpose only. In each content, the hyperlink to the primary source is specified. All trademarks belong to their rightful owners, all materials to their authors. If you are the owner of the content and do not want us to publish your materials on our website, please contact us by email – [email protected]. The content will be deleted within 24 hours.
best sports newsclarifiesCommentdeafHumphreyJakelabellednewcastle