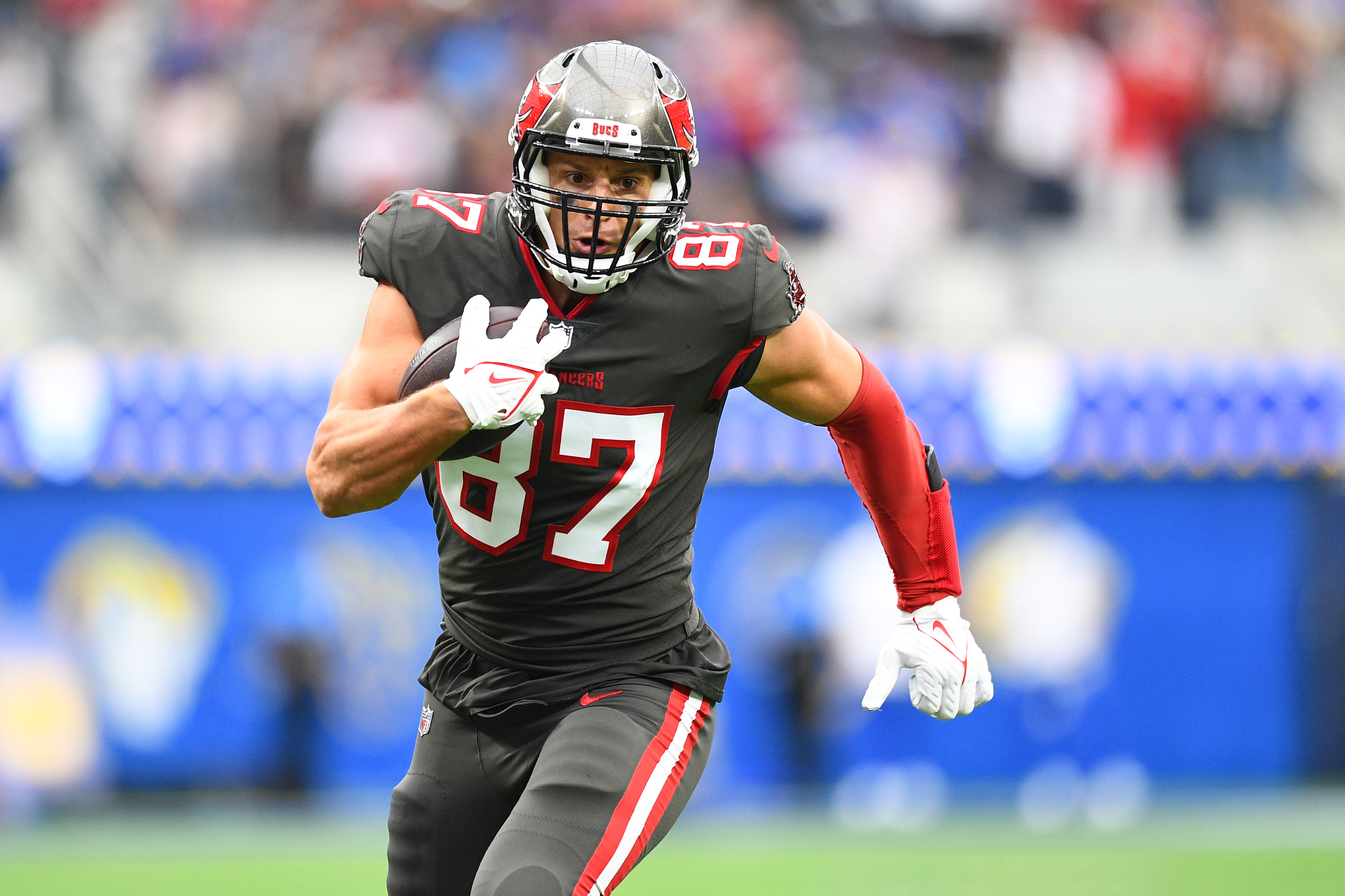 Tampa Bay Buccaneers tight end Rob
Gronkowski likened the rib injury he suffered in a Week 3 loss to the
Los Angeles Rams to what it might feel like getting shot.

“I never got shot before, but that’s
kind of like what it felt like,” Gronkowski told reporters Friday.

The five-time Pro Bowl selection
previously told Fox Sports’ Jay Glazer he suffered four cracked ribs,
one broken rib and a punctured lung against the Rams, which forced
him to miss four weeks, including a potential reunion game against
the New England Patriots.

Gronkowski made a short-lived return
for a Week 8 loss to the New Orleans Saints, but he suffered a back
injury that forced him to miss last week’s loss to the Washington
Football Team after the team’s Week 9 bye.

The 32-year-old University of Arizona
product said Friday the back problems are more of a long-standing
problem:

“I mean, I definitely had a lot of
back issues. I mean, it’s not like it’s hidden. I mean, everyone
knows that. I’ve had a few back surgeries. Missed a couple times with
it. So I would just say, just gotta be careful with the things I do.
With the type of rehab I’m doing and everything like that and also
just be aware of it when coming back and just being noteworthy of it.
That’s really all. I mean, other than that, I mean, I think it’s good
to go.”

Gronk, who was a full participant in
the Bucs’ first two practices this week, suggested he’ll be ready to
roll for a Monday Night Football matchup with the New York Giants.

His return should provide a boost to a
Tampa Bay squad looking to get back on track after back-to-back
losses. The veteran tight end was off to a strong start before the
injuries, tallying 16 catches for 184 yards and four touchdowns
through three games.

Gronkowski, who briefly retired in
2019, returned last year and caught two touchdowns in the Super Bowl
en route to his fourth championship ring.

Denial of responsibility! NewsUpdate is an automatic aggregator around the global media. All the content are available free on Internet. We have just arranged it in one platform for educational purpose only. In each content, the hyperlink to the primary source is specified. All trademarks belong to their rightful owners, all materials to their authors. If you are the owner of the content and do not want us to publish your materials on our website, please contact us by email – [email protected]. The content will be deleted within 24 hours.
best sports newsBucscomparesGronkowskiinjurynews update sportsnewsupdateRib