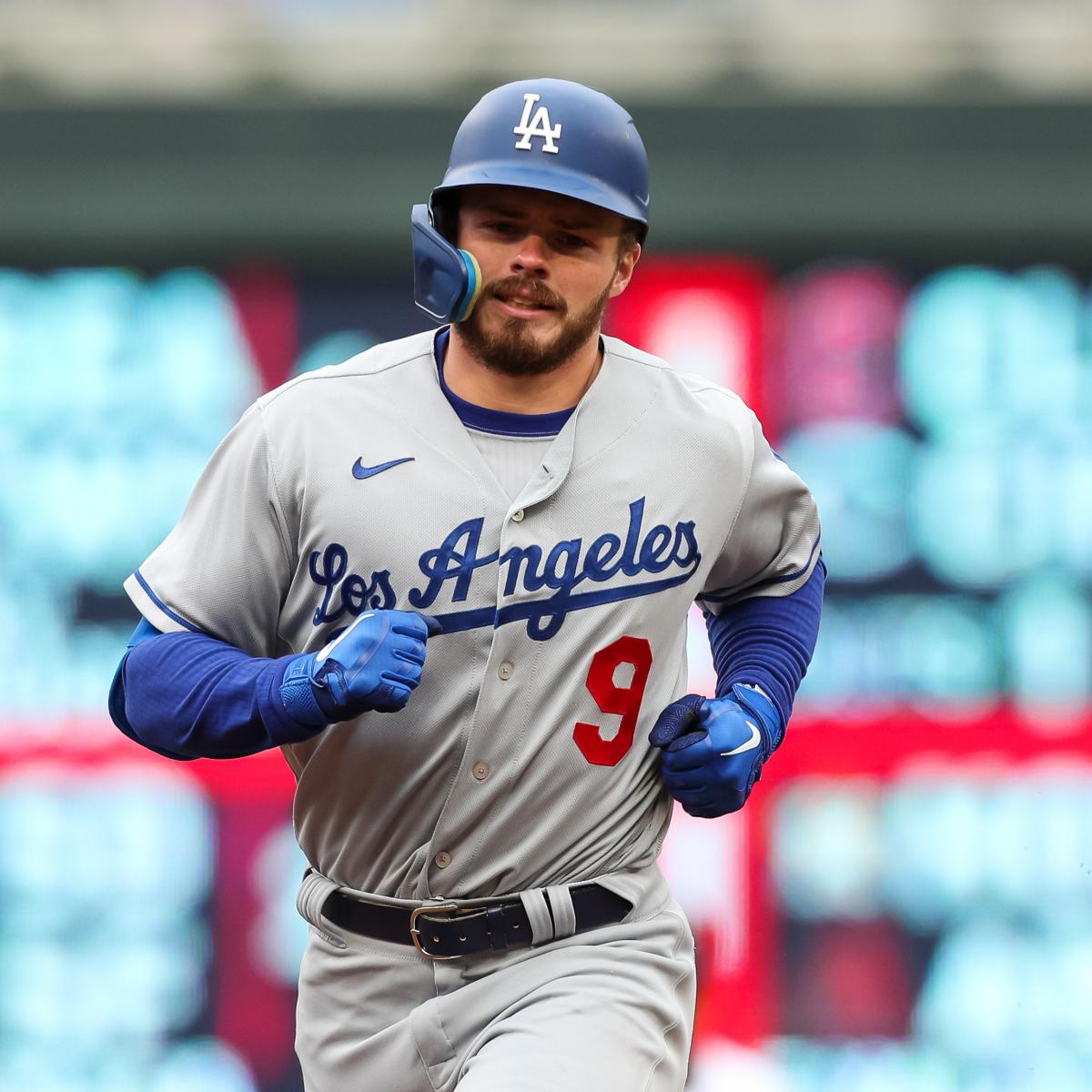 On paper, no team in baseball stacks up to the Los Angeles Dodgers in terms of overall talent. That can make it difficult for players on the fringe of the roster to break through and become key contributors.

That said, second baseman Gavin Lux, starter Tony Gonsolin and reliever Alex Vesia have all emerged as impact players early in the 2022 season, making an already loaded roster even better.

But are they for real?

Ahead we have given our take on whether to buy or sell those early performances based on track records and advanced metrics.

Tony Gonsolin began the year with a 2.85 ERA and 1.09 WHIP in 142.1 innings over the past three seasons, but between stints on the injured list and a crowded rotation, he has never established himself as a regular member of the rotation.

The 27-year-old has seized the opportunity this year after winning a spot out of spring training, and he’s posted a 1.59 ERA and 1.18 WHIP in 17 innings over his first four starts, including a terrific outing against the Atlanta Braves on April 20, when he allowed just one hit over six scoreless innings.

On top of his terrific ERA, his 22.4 percent hard-hit rate, per Baseball Savant, is among the best in baseball, and he’s showing more trust in his breaking stuff while throwing his fastball nearly 10 percent less frequently.

The Dodgers have shown a willingness to piggyback his starts with multi-inning relievers in order to limit his exposure to a lineup for a third time, but he could be given a longer leash as the season progresses if he continues to roll.

After struggling early in the 2021 season and spending some time in the minors, Gavin Lux returned as a September call-up and hit .360/.467/.500 with more walks (nine) than strikeouts (eight) in 60 plate appearances down the stretch.

The 24-year-old played some center field in the postseason, but he has taken over as the team’s starting second baseman this year after Corey Seager departed in free agency and Trea Turner slid back to his natural shortstop position.

Prospect Michael Busch has a 1.117 OPS with eight home runs and 20 RBI in 20 games at Double-A, and he could still be the future at second base. But for now the job belongs to Lux, and his early performance looks sustainable based on his batted-ball metrics.

However, he still had work to do in improving his command before he could be trusted in more high-leverage situations after he walked 22 batters in 40 innings for a 5.0 BB/9 walk rate.

So far this season, he has walked just one of the 26 batters he has faced while allowing just four hits and striking out 10 in seven scoreless innings.

With Blake Treinen on the injured list, Vesia has stepped up alongside Brusdar Graterol, Daniel Hudson and Craig Kimbrel in the late innings. And with his improved command, all signs point to him being an integral part of the team’s relief corps for years to come.

All stats courtesy of Baseball Reference unless otherwise noted and accurate through Tuesday’s games.

Denial of responsibility! NewsUpdate is an automatic aggregator around the global media. All the content are available free on Internet. We have just arranged it in one platform for educational purpose only. In each content, the hyperlink to the primary source is specified. All trademarks belong to their rightful owners, all materials to their authors. If you are the owner of the content and do not want us to publish your materials on our website, please contact us by email – [email protected]k. The content will be deleted within 24 hours.
best sports newsbiggestBreakoutbuyingDodgersnews update sportsnewsupdatePlayers

If you downloaded iOS 9 on an iPhone 4s, you may be entitled to a refund check

The Subaru Legacy Is Getting Some Serious Upgrades