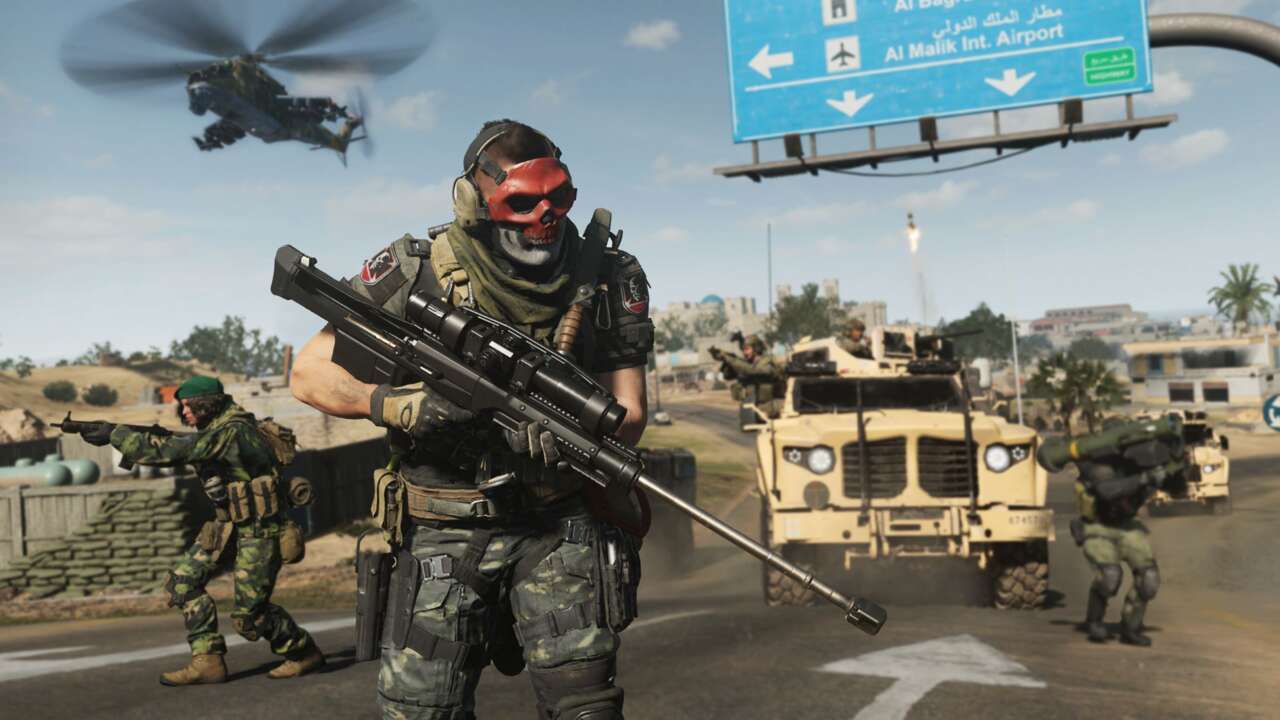 Call of Duty: Modern Warfare 2 is wrapping up a PlayStation-exclusive first weekend of the game’s multiplayer beta. The crossplay beta weekend is coming up, and we’re highlighting all the killstreaks in Modern Warfare 2, including one really exciting change to how you earn them. Here’s everything you need to know about killstreaks, and we give a few recommendations for those new to the game.

How killstreaks work in Modern Warfare 2

Almost all of Modern Warfare 2’s killstreaks are options we’ve seen in the past, but one great change this year is the option to choose if you want your streaks to be earned as scorestreaks or killstreaks. The choice isn’t tied to a perk or any disadvantage; you can simply pick how you want to earn the streaks. For example, a UAV will require you to achieve a four killstreak, or it can be earned with a score of 500 points. To choose between killstreak or score streak, you’ll simply want to press the right trigger (R2) on the killstreak menu to toggle between the two options.

The only streak new on the list is the S.A.E. killstreak, which is described as a trio of jets that release aerial explosives onto specified targets. This seems to work like a more powerful version of the Precision Airstrike, and it only costs 125 score or one kill more to earn. If you like to go for the lethal aerial streaks, the S.A.E. might be worth a try.

All multiplayer streaks and costs

Bomb Drone: A remote-controlled drone with an attached C4 charge.

Counter-UAV: A drone that scrambles all enemy minimaps. Has a limited range for larger maps.

Cluster Mine: Throw a device that launches a cluster of smaller mines within the immediate area.

Care Package: Call in a random killstreak care package to your location.

Precision Airstrike: Call in twin jets for a precision strike along the best available path.

Sentry Gun: Automated turret that scans for nearby enemies, and fires incendiary-based rounds.

S.A.E.: Call in a trio of jets to release aerial explosives onto specified targets.

VTOL Jet: Releases a pair of precision bombs before circling back and guarding a location of the player’s choice.

Overwatch Helo: An escort helo that will watch over your position, and ping nearby enemy locations before engaging them.

Stealth Bomber: Call in a bomber that releases a large line of explosives along its path.

Gunship: A heavy assault gunship equipped with a laser tracking missile, along with the standard 40mm and 25mm cannons.

Advanced UAV: An untargetable orbital UAV that reveals the enemy’s direction on the minimap in real time.

Juggernaut: Juggernaut assault gear delivered by care package. The minigun will drop when the Juggernaut dies.

The streaks you choose will ultimately come down to your playstyle and preferences, but there are few notable streaks that can be a helpful place to start. If you’re new to Call of Duty, the UAV is always a great option for a streak, because map intel can be so crucial in such a fast-paced multiplayer game. It’s a streak that doesn’t cost a ton to earn, and you’ll be a great team player for providing your team with those enemy locations.

There are likely some hardcore players that will scoff at the use of something like the care package, but this is a low-costing streak that will drop a package with a random killstreak. This can be a great way to try out other streaks, and hopefully, get a high-end streak that you may not have been able to earn on your own.

If you want to work towards something really fun to use, try equipping one of the high-end streaks like the Chopper Gunner or Juggernaut.

If you’re looking to preorder a copy, here are all the preorder options and bonuses available for Modern Warfare 2.

Denial of responsibility! NewsUpdate is an automatic aggregator around the global media. All the content are available free on Internet. We have just arranged it in one platform for educational purpose only. In each content, the hyperlink to the primary source is specified. All trademarks belong to their rightful owners, all materials to their authors. If you are the owner of the content and do not want us to publish your materials on our website, please contact us by email – [email protected]. The content will be deleted within 24 hours.
best games newsbetaCallDutygame updategames newsguideKillstreak

Return To Monkey Island Review – Happiness Is A Warm Manatee