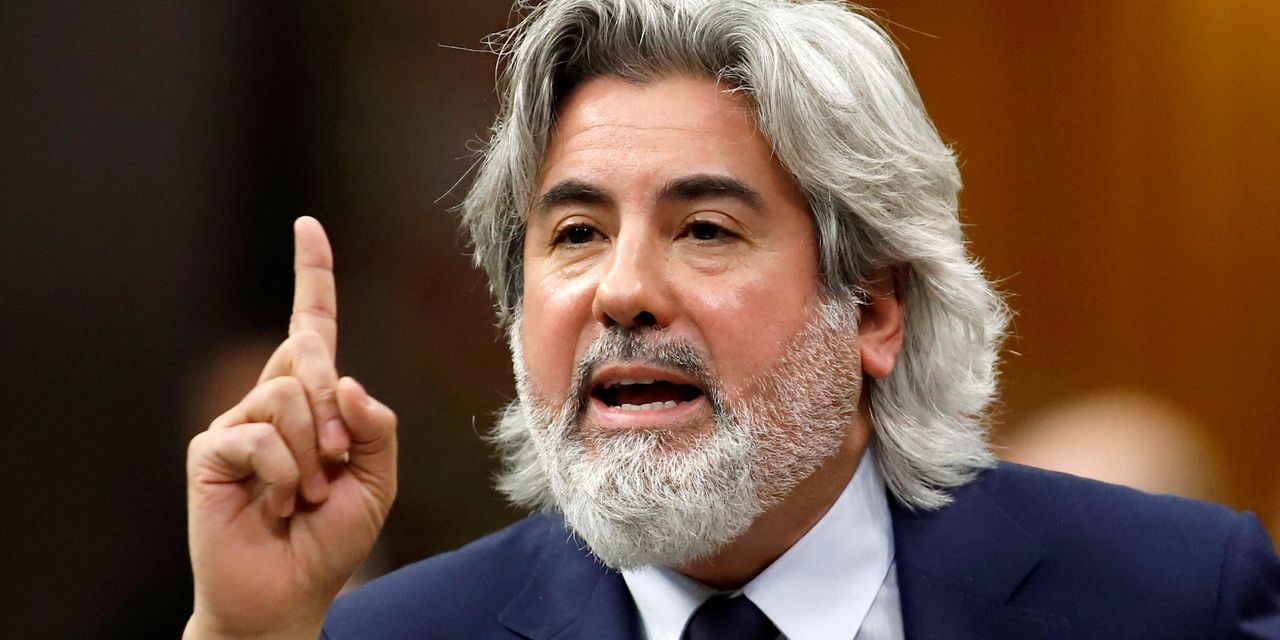 OTTAWA—Canada approved legislation that targets what video- and audio-sharing platforms like YouTube and TikTok can broadcast to a Canadian audience, as the country follows in Europe’s footsteps in imposing a heftier regulatory burden on the digital sector.

This marks the second attempt in as many years by Canada’s Liberal government to compel digital platforms, including streaming companies like

to prominently feature Canadian artists on their services when users with a Canadian internet-protocol address log in. As contemplated under the new measures, users who search for music, television programming, films or do-it-yourself video shorts would get results incorporating a certain quota of Canadian-made content.

TikTok, and the big streaming companies, among them Netflix, as well as legal experts and some Canadian artists, have either opposed Canada’s move or warned of unintended consequences—such as hurting the people the new policy is intended to help.

Countries like Canada are increasingly turning to regulatory changes to protect domestic interests in light of the big inroads the world’s biggest digital companies have made in transforming how households watch programs, listen to music, conduct day-to-day business and consume news.

called an early election last summer that his Liberal Party won. At the time, the Canadian legislation was considered one of the most far-reaching efforts by a Western democracy to regulate the internet.

Since then, lawmakers in Europe agreed to a set of rules aimed at forcing tech companies to take more responsibility for the content users post online.

The European legislation includes new standards for removing illegal content and a ban on targeted advertising that is aimed at children, among other provisions. Large social-media platforms, such as

will also be expected to conduct regular risk assessments and make their algorithms available, or face fines of up to 6% of their annual global revenue. The European legislation is expected to result in changes to the way some tech companies operate and could impact other markets globally.

Television and radio broadcasters in Canada are compelled to air a certain quota of domestically-made content as a condition of license, a policy that dates back decades and is aimed at protecting Canada’s cultural sector and countering an influx of U.S. programming. Depending on the license, private-sector broadcasters are required to air anywhere from 35% to 50% Canadian content. The new legislation would subject web-based platforms and streaming companies to similar conditions, said

the minister responsible for cultural affairs.

“We made a decision a long, long time ago to be different from our neighbors to the south. We love them but we’re not them. We’re different,” Mr. Rodriguez said about the need to promote Canadian content on digital platforms. The changes to be introduced, he added, “will foster the creation of good jobs in the cultural sector, make Canadian content more accessible, and make it easier for people to find homegrown Canadian music and stories.”

Mr. Rodriguez said Canada will also demand that streaming companies and video-sharing sites make annual payments to fund Canadian artists, which officials peg at an estimated one billion Canadian dollars, the equivalent of about $770 million.

The legislation now goes to the Canadian Senate for a vote. The Senate, whose members are appointed by the prime minister, rarely overturns bills approved by elected members of the lower house. And unlike last year, there is no prospect of a snap election.

Following Senate approval, Canada’s broadcast regulator would be charged with developing the specific regulations, such as the quota on Canadian content and what exactly constitutes Canadian content. Netflix, for instance, said the animated film, The Willoughbys, was produced, co-written and directed by Canadians, and stars Canadian voice actors—but under existing rules wouldn’t qualify as Canadian content because U.S.-based Netflix arranged all the financing.

The big digital companies have voiced their opposition, with the most contentious element dealing with how regulators treat user-generated content uploaded for viewing or listening on YouTube, TikTok, and other sharing platforms.

“Canada would start the process of erecting international trade barriers to the current free exchange of cultural exports on open digital platforms that Canadian creators depend on,” YouTube said in a written brief submitted to Parliament.

TikTok, a unit of Beijing-based ByteDance Ltd., said in its own brief that the legislation as written “would give Canadian authorities the power to regulate what content is presented to Canadians, which would have the effect of indirectly regulating creators and their content.”

Of primary concern for artists like Montreal-based Justin Tomchuk is how Canada’s new rules might tinker with YouTube’s algorithm. The algorithms are designed to match users with videos or audio based on their individual interests.

Mr. Tomchuk said forcing his content on Canadians with no interest in his work—like pieces about a guitar maker, a maple-syrup farm, and animation shorts—could result in a lower-audience retention rate. He said over 90% of his YouTube viewers are from abroad. Fewer Canadian clicks could drive his videos’ global ranking downward and lead to fewer foreign viewers.

“I’m relying on the international audience, that’s where my fans are. I don’t really control it,” he said. “If I was put at a disadvantage on a global scale it could really affect my viewership.”

Legacy broadcasters in Canada and groups representing artists back the government’s changes. “Our national cultural sovereignty is at issue,” the Writers’ Guild of Canada said in a statement explaining its support.

an internet law expert and professor at the University of Ottawa, said he is unaware of any jurisdiction in the Western world trying to regulate what type of user-generated content its citizens can watch.

“If their intent is to target a handful of large streaming services, like

and Netflix, then establish a threshold that makes it clear that that’s your intent,” he said. “But by not doing that, they are leaving the door open to this massive wide net, and that sort of regulatory overreach is problematic.”

—Kim Mackrael contributed to this article.

Denial of responsibility! NewsUpdate is an automatic aggregator around the global media. All the content are available free on Internet. We have just arranged it in one platform for educational purpose only. In each content, the hyperlink to the primary source is specified. All trademarks belong to their rightful owners, all materials to their authors. If you are the owner of the content and do not want us to publish your materials on our website, please contact us by email – [email protected]. The content will be deleted within 24 hours.
advertisingAdvertising/Marketing/Public RelationsalphabetartsArts/Entertainmentbest technology newsBoostBusiness

Neural networks being used to improve the performance of…

Get a DevOps and Linux education for just $15

Unlock Sky TV channels and Netflix for under £10, all thanks…