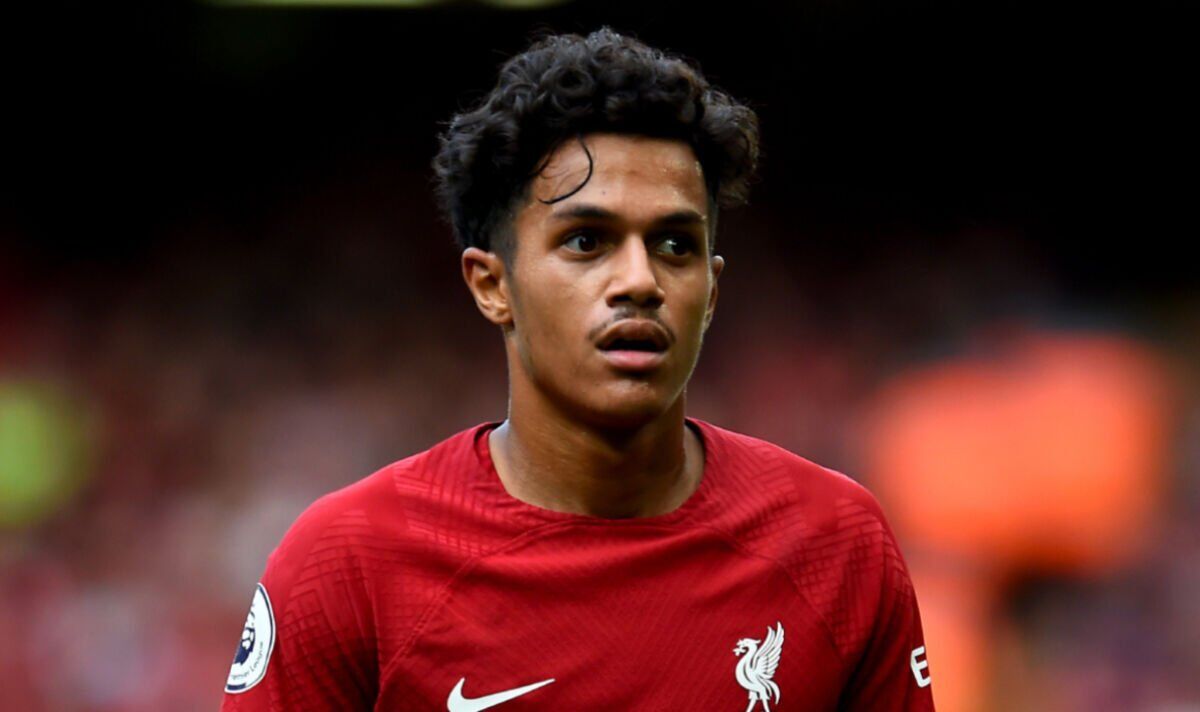 Carvalho already given hope of England call-up after quitting Portugal

England manager Gareth Southgate has already offered Fabio Carvalho hope of a future international call-up by praising the Liverpool star earlier this year. This week, Carvalho turned his back on Portugal U21s to spark hope that he could switch allegiance back to the Three Lions, who have only just landed in Qatar for the forthcoming World Cup.

Born in Portugal, Carvalho moved to south London with his family at the age of 11. Initially playing with lower-league Balham, he was scouted by Fulham in 2015 and made his senior debut for the Cottagers five years later.

The 20-year-old’s breakthrough came in the Championship last season, notching 18 goal contributions in 36 games as Marco Silva’s Fulham romped to promotion. He was promptly snapped up by Liverpool this summer and Jurgen Klopp has wasted no time integrating him into the first-team fold.

Less than three months past his 20th birthday, the youngster has already notched twice in the top-flight and racked up three Champions League appearances. Up until recently, it looked as though England would miss out on the international stage as Carvalho featured four times for Portugal U21 earlier this year, scoring twice.

JUST IN: Man Utd and Arsenal in ‘six-way tussle’ to sew up January deal as Inter miss deadline

Carvalho’s decision may have been a calculated one with Southgate previously making no secret of his admiration for the Liverpool star. “With Fabio Carvalho, we like him,” admitted the England boss earlier this year, when Carvalho was still at Fulham.

“We would like him in our Under-21s but he hasn’t got an English passport. He was able to play in our younger age groups without a passport but he’s got to pass the tests to be able to get the passport, so we couldn’t select him for the 21s. We’d like to have done that. He’s in Portugal’s Under-21s — not their seniors but there wasn’t a lot we could do about that. This passport test is what everyone has to go through and if you don’t pass it, you don’t get it. I don’t think I’d pass it by the way! But that’s the situation.”

It remains to be seen when, or indeed whether Carvalho gets his chance to impress in an England shirt. Attacking midfield and on the wing – two of his preferred positions – are well catered for with the likes of Phil Foden, Jack Grealish and James Maddison already vying for minutes.

The Three Lions landed in Qatar on Tuesday evening with Southgate’s men hoping to improve on their run to the semi-finals four years ago. The team’s first game of the tournament is due to kick off on Monday, against Iran in Doha.

Denial of responsibility! NewsUpdate is an automatic aggregator around the global media. All the content are available free on Internet. We have just arranged it in one platform for educational purpose only. In each content, the hyperlink to the primary source is specified. All trademarks belong to their rightful owners, all materials to their authors. If you are the owner of the content and do not want us to publish your materials on our website, please contact us by email – [email protected]. The content will be deleted within 24 hours.
best sports newscallupCarvalhoenglandhopenews update sportsnewsupdatePortugal