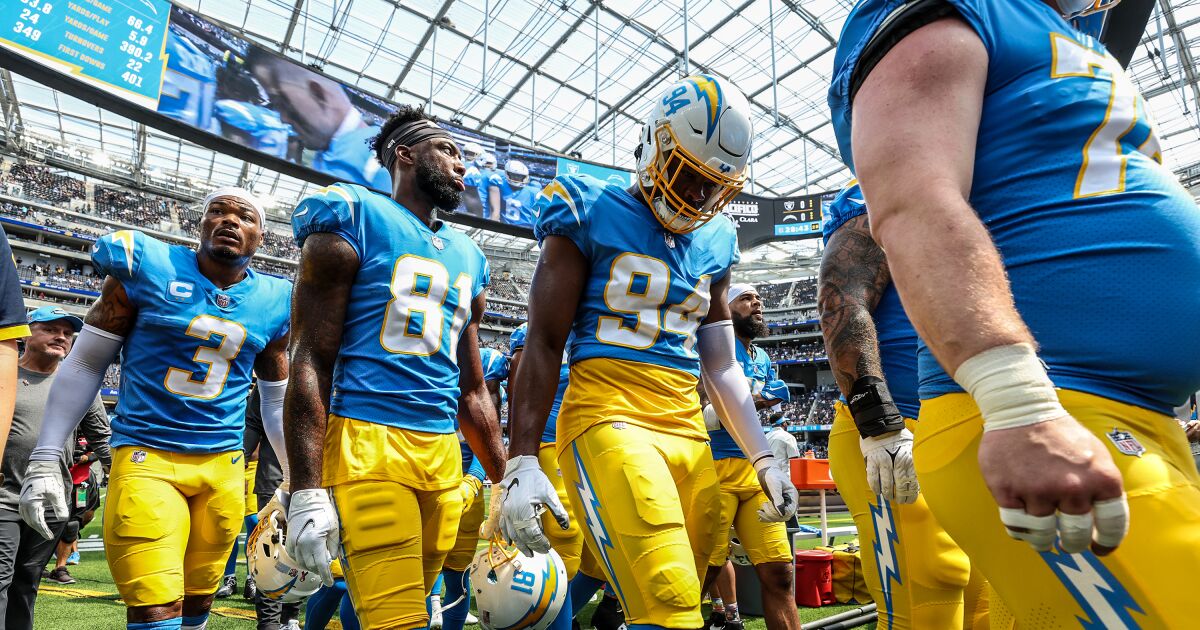 Chargers vs. Kansas City Chiefs: Betting odds, lines and picks against the spread

The Chargers have reason for optimism heading into Sunday night. Keenan Allen and Mike Williams are set to return in advance of a really big game against the Chiefs. A win for the Chargers would cut Kansas City’s lead to one game in the AFC West. A loss would make it virtually impossible to win the division down by three games in the win-loss column and effectively four games because of the head-to-head tiebreaker.

The practice returns of Allen and Williams moved this line down about a point, as the Chargers went from +6.5 to +5.5 in the betting odds at most sportsbooks, but you can find a stray +6 out there. Allen has played only two games this season with six catches for 77 yards. When he briefly returned in Week 7 against the Seahawks, he played only 32% of the offensive snaps and had two grabs for 11 yards. Williams hasn’t played since Week 7 and still leads the team in yards receiving with 495 and is tied for second in receptions behind Austin Ekeler.

The two have been on the field together for only 45 snaps. It has been a disappointing season for Justin Herbert, who was also hurt with a painful rib cartilage injury but managed to play through it and has started all nine games. Not having his top two weapons on the field together has limited the Chargers to just 9.6 yards per reception. The NFL has its lowest yards per reception since the 1930s and the Chargers have been part of the epidemic. We’ll see if both guys can go this week.

Regardless of what happens on offense, the Chargers defense will have its hands full. The Chiefs are the best passing offense in the NFL by just about any metric and the Chargers defense has had its issues. The Chargers do grade about average in a lot of advanced passing metrics but have been one of the worst run defenses in the league. Kansas City is a below average rushing team, but the passing weapons are always dangerous.

In the first meeting, the Chiefs were held to just 15 first downs and 319 yards. The 15 first downs are five fewer than any other game and they’ve been under 319 yards only one other time. Of course, the Chiefs have also had three of their four biggest games by yardage in the last three games. They’ve also left some points on the field in those games. They had 499 yards against the Titans and scored just 20 points and then had 486 yards against the Jaguars and scored just 27 points.

The Chargers and Chiefs have a knack for playing close games recently. The Week 2 game was decided by three points and each of last season’s games were decided by six points, with one win for each team. If Allen and Williams can go, the Chargers will have a better shot at keeping pace and maybe even winning the game outright. If not, it’ll be an uphill battle. Personally, I think they’ll play and the Chargers will hang in there.

Denial of responsibility! NewsUpdate is an automatic aggregator around the global media. All the content are available free on Internet. We have just arranged it in one platform for educational purpose only. In each content, the hyperlink to the primary source is specified. All trademarks belong to their rightful owners, all materials to their authors. If you are the owner of the content and do not want us to publish your materials on our website, please contact us by email – [email protected]. The content will be deleted within 24 hours.
best sports newsbettingchargersChiefsCityKansasLinesnews update sports