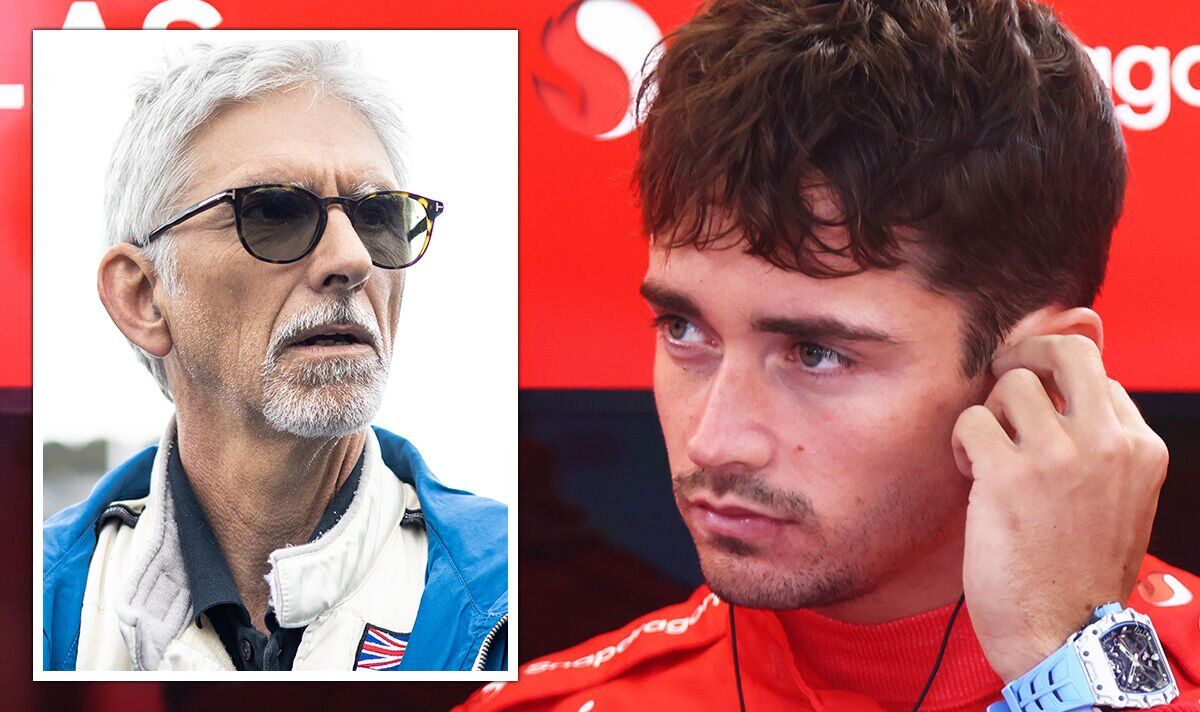 Charles Leclerc has exposed his “fatal flaw” after crashing at the French Grand Prix, according to Damon Hill. He claimed Leclerc’s issues were “all in the mind” after making another mistake at Paul Ricard.

The 1996 world champion also admitted Ferrari were “a mess” after confused strategies appeared to cost them more points with Carlos Sainz later on in the race. Hill said: “Ferrari are a mess. Charles has shown himself to have a fatal flaw. All in the mind.”

Leclerc lost control of his car while pushing to extend his advantage over Max Verstappen over the pit-stop window. Verstappen had just pitted for fresh hard tyres with Ferrari opting to keep Leclerc out on used mediums.

This could have off-set their tyre windows and given the Monegasque an advantage towards the end of the race. However, Leclerc dipped a wheel onto the white line on the exit of turn 11 which sent him onto a spin.

The car knocked against the barriers but Leclerc was unable to find the throttle and get back to the pits for repairs. His retirement extends Verstappen’s advantage to 63 points in the championship past the halfway stage.

The incident is not Leclerc’s first mistake of the season after dropping points at the Emilia Romagna Grand Prix at Imola. He took too much kerb into the Varianta Alta chicane and fell out of the podium places.

Leclerc has struggled with little errors throughout his Ferrari career when faced with high-pressure situations. He crashed out while leading the 2019 German Grand Prix in challenging conditions.

Earlier in the same season he had lost out on a shot at pole in Baku after a crash in qualifying for the Azerbaijan Grand Prix.

Reacting to his French GP accident, Leclerc admitted he was “losing too many points” to sustain a title challenge. He explained: “I think it’s just a mistake. Tried to take too much around the outside, put a wheel probably somewhere dirty, but it’s my fault and if I keep doing mistakes like this then I deserve not to win the championship.

“I’m losing too many points, I think seven in Imola, 25 here because honestly we were the strongest car on track today. So yes, if we lose the championship by 32 points at the end of the season, I will know from where they are coming from. And it’s unacceptable, I just need to get on top of those things.”

Denial of responsibility! NewsUpdate is an automatic aggregator around the global media. All the content are available free on Internet. We have just arranged it in one platform for educational purpose only. In each content, the hyperlink to the primary source is specified. All trademarks belong to their rightful owners, all materials to their authors. If you are the owner of the content and do not want us to publish your materials on our website, please contact us by email – [email protected]. The content will be deleted within 24 hours.
best sports newscalledCharlesDamonfatalflawFrenchGrand

Russia Is Quietly Ramping Up Its Internet Censorship Machine