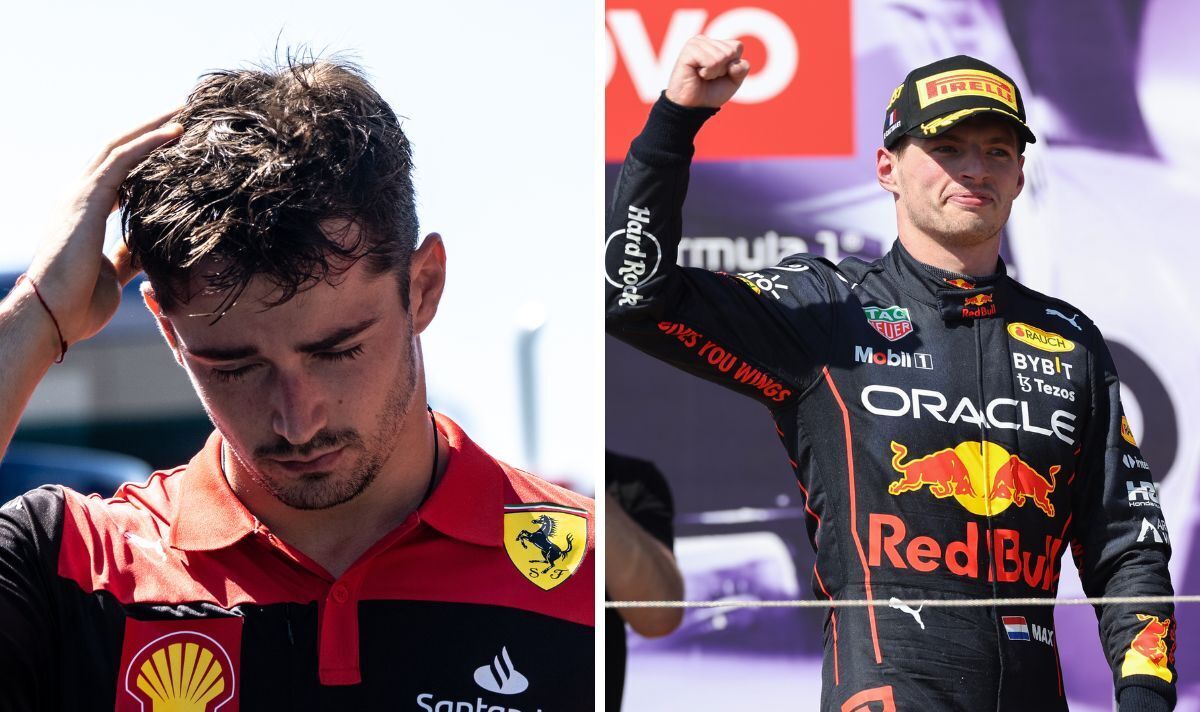 Former Formula One driver Pedro De La Rosa believes Ferrari need to score multiple one-two finishes with Charles Leclerc taking the checkered flag if they are to stop Max Verstappen from cruising to the world title in 2022. On Sunday, Leclerc led the French Grand Prix and appeared destined to get a much-needed victory before he crashed out.

The Monegasque driver desperately needed a good result to keep his fading title hopes alive but he gifted rival Max Verstappen the win – and perhaps the championship – with his error. It means the Dutchman cruised to a seventh win in 12 races to move 63 points clear of Leclerc with 10 races to go.

Leclerc lost control at the Beausset right-hand corner two laps after the Red Bull ace had made his first pit stop. He had been in control after starting from pole position, holding onto the lead after the first lap and admirably withstanding pressure from Verstappen at the start of the race.

The 24-year-old extended his lead to more than a second to prevent Verstappen from being able to use the DRS overtaking ability, ensuring his lead was fairly comfortable. It meant the Red Bull was forced to come in first, pitting on lap 16.

Leclerc stayed out and the question arose whether he would retain his lead once he came into the pits, and less than two laps later the Ferrari spun out at the demanding corner after the long Mistral straight and the Signes curve, which should be taken at full speed. Leclerc spun across the run-off area before slamming his Ferrari’s nose into the barriers before letting out a frustrated scream: “No!”

Verstappen has a dominant lead in the standings ahead of the second half of the season, although the performance differential between Red Bull and Ferrari has been minimal. It has allowed for close racing, and De La Rosa – who drove in 104 Grand Prix between 1999 and 2012 – praised the quality of the battles between Verstappen and Leclerc.

“I think it’s been a fantastic season in terms of on-track battles,” De La Rosa added. “There’s nothing better in F1 than having at least two teams fighting for the wins.

“That’s been the case this season and there’s really not a single Grand Prix where you could designate the winner in advance.”

The 22-race F1 2022 campaign continues with the Hungarian Grand Prix in Budapest on July 31 ahead of the four-week summer break.

Denial of responsibility! NewsUpdate is an automatic aggregator around the global media. All the content are available free on Internet. We have just arranged it in one platform for educational purpose only. In each content, the hyperlink to the primary source is specified. All trademarks belong to their rightful owners, all materials to their authors. If you are the owner of the content and do not want us to publish your materials on our website, please contact us by email – [email protected]. The content will be deleted within 24 hours.
best sports newsCharlesexactfavourhugeLeclercMaxneeded

How to get one year of PlayStation Plus Essential for $60