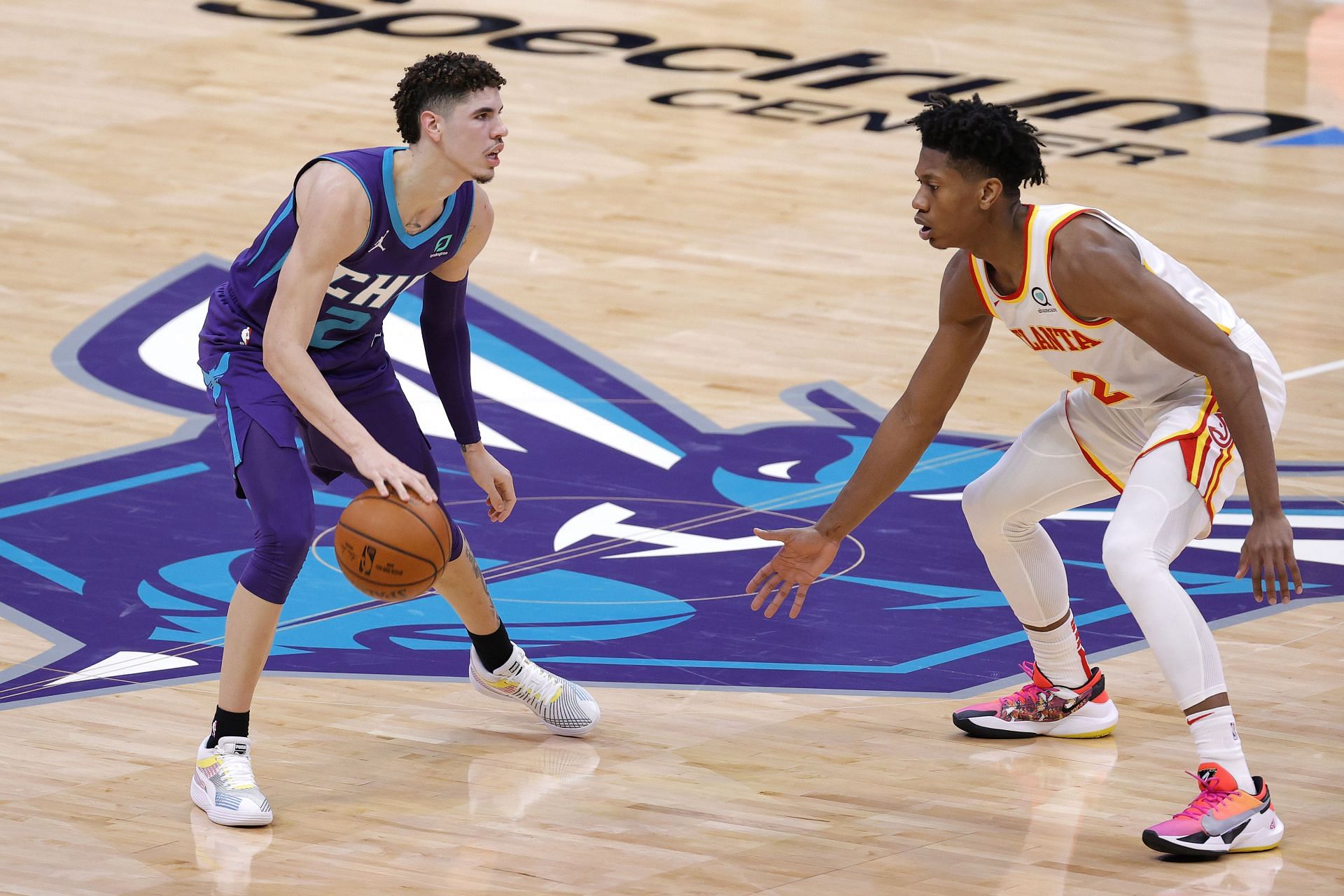 The Charlotte Hornets will visit the State Farm Arena to face off against the Atlanta Hawks in an exciting 2021-22 NBA season game on Saturday.

The Hornets have been in terrific form lately, winning their last five games in a row. They defeated the Indiana Pacers 121-118 in their previous outing. LaMelo Ball scored a season-high 32 points, while Gordon Hayward had 25 as Charlotte improved to 10-7 for the season.

Meanwhile, the Hawks have recorded a three-game winning streak entering this contest. They beat the Boston Celtics 110-99 in their last game. John Collins tallied 20 points and 11 rebounds, while Trae Young finished with 18 points and 11 assists as the duo led the side with an example once again. Atlanta has now improved from 4-9 to 7-9 and are looking better with each passing game.

The Charlotte Hornets have been without PJ Washington since November 3rd as he recovers from an elbow injury. There have been no other injuries reported since their last game, and Washington is likely to be the only player listed again. He is edging closer to a return and can be considered day-to-day for now.

De’Andre Hunter and Onyeka Okongwu are the only players who will miss this game due to injuries for the Atlanta Hawks. Hunter has been out for two months due to a wrist injury, while Okongwu is sidelined because of a shoulder injury.

The Charlotte Hornets are unlikely to make changes to their regular starting lineup. LaMelo Ball and Terry Rozier will likely start in the backcourt, while Miles Bridges, Gordon Hayward and Mason Plumlee will complete the rest of the lineup.

Kelly Oubre Jr., Cody Martin and Jalen McDaniels will are likely to play the most minutes off the bench.

The Atlanta Hawks aren’t expected to make any changes to their starting lineup either. Trae Young and Bogdan Bogdanovic will likely start as guards, while forwards Kevin Huerter and John Collins will likely pair up alongside Clint Capela on the frontcourt.

Cam Reddish, Danilo Gallinari and Lou Williams are likely to play the most minutes off the bench.

Denial of responsibility! NewsUpdate is an automatic aggregator around the global media. All the content are available free on Internet. We have just arranged it in one platform for educational purpose only. In each content, the hyperlink to the primary source is specified. All trademarks belong to their rightful owners, all materials to their authors. If you are the owner of the content and do not want us to publish your materials on our website, please contact us by email – [email protected]. The content will be deleted within 24 hours.
20thAtlantaatlanta hawksBasketballbest sports newsCharlotteCharlotte HornetsHawks