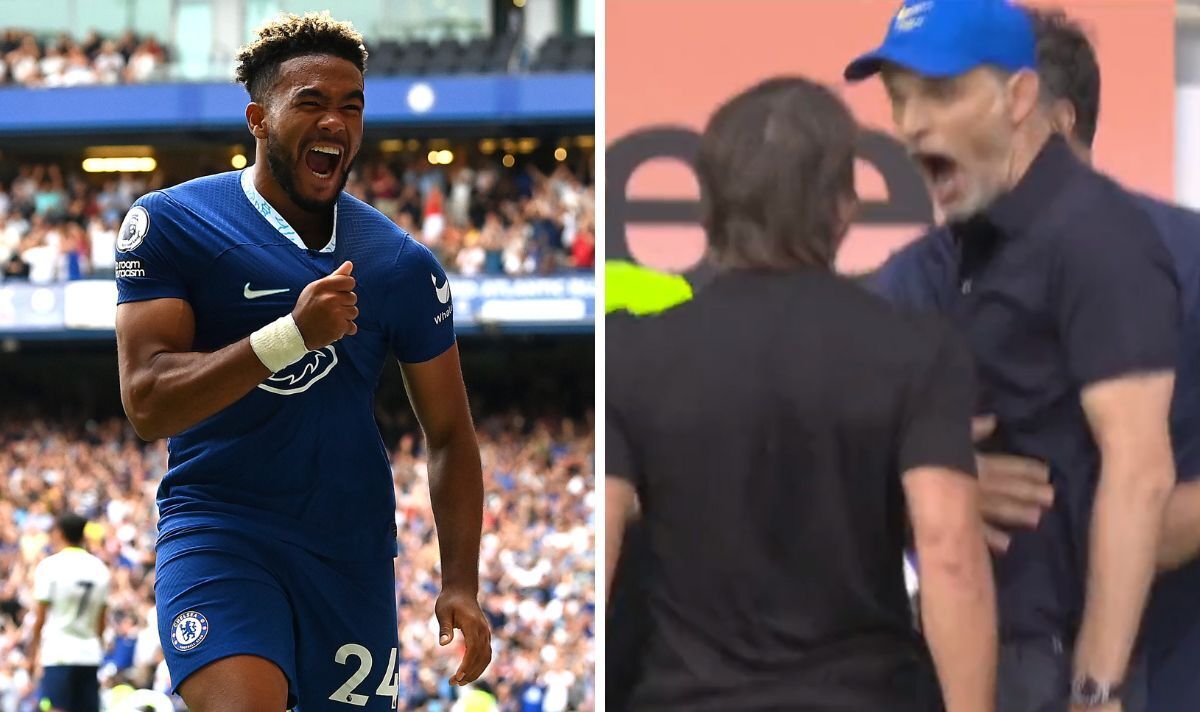 Chelsea’s game with Tottenham sprung into life in the second half as tempers flared between the two managers before Harry Kane scored a dramatic late equaliser. Express Sport takes a look at four things learned from the match.

What started out as a friendly affair turned into a chaotic and explosive match in the second half.

Games between Tottenham and Chelsea in recent years have often been feisty affairs but nothing could have compared to the events on Sunday.

Antonio Conte ran up to Thomas Tuchel after Piere-Emile Hojbjerg’s equaliser in the dugout before the Chelsea boss did his best Jose Mourinho impression in running down the touchline after Reece James’ goal.

Tempers flared once again after the final whistle when the two managers went to shake hands. All eyes on the return fixture at Tottenham later in the season now.

For years, Tottenham have not been able to come up with a second plan to break down difficult defensive units.

Harry Kane and Son Heung-min have often got them out of difficult situations, but it was a genius tactical shift from Conte which helped Spurs pick up a point.

The Italian head coach changed to four at the back with Richarlison coming on for Ryan Sessegnon and Tottenham looked a different threat entirely after that.

Chelsea appeared to struggle to deal with Tottenham’s sudden attacking threat with Kane and others finding plenty of space.

While Conte’s shift in tactics ultimately made the difference, Tuchel seemed powerless to making a response.

Cesar Azpilicueta, Ben Chilwell and Trevoh Chalobah were the only defensive options Tuchel could turn to on the bench to help stop Tottenham’s momentum.

Kalidou Koulibaly and Thiago Silva put up a strong fight against Tottenham’s threat, but their age means Chelsea are in dire need of bringing in another central defensive option.

Amanda Staveley in the stands

Chelsea may well get some of the funds they need to go after the likes of Wesley Fofana and Pierre-Emerick Aubameyang from Newcastle.

Amanda Staveley was spotted in the stands at Stamford Bridge where she reportedly spoke to Chelsea’s owners.

Newcastle have been linked with moves for Conor Gallagher, Callum Hudson-Odoi and Armando Broja this summer.

If Newcastle do make headway in their attempts to sign all three, it could give Tuchel the funds he needs to complete his transfer business.

Denial of responsibility! NewsUpdate is an automatic aggregator around the global media. All the content are available free on Internet. We have just arranged it in one platform for educational purpose only. In each content, the hyperlink to the primary source is specified. All trademarks belong to their rightful owners, all materials to their authors. If you are the owner of the content and do not want us to publish your materials on our website, please contact us by email – [email protected]. The content will be deleted within 24 hours.
best sports newschelseaConteflareLearnednews update sportsnewsupdatesports news

People have fallen in love with Hardik Pandya’s comeback…