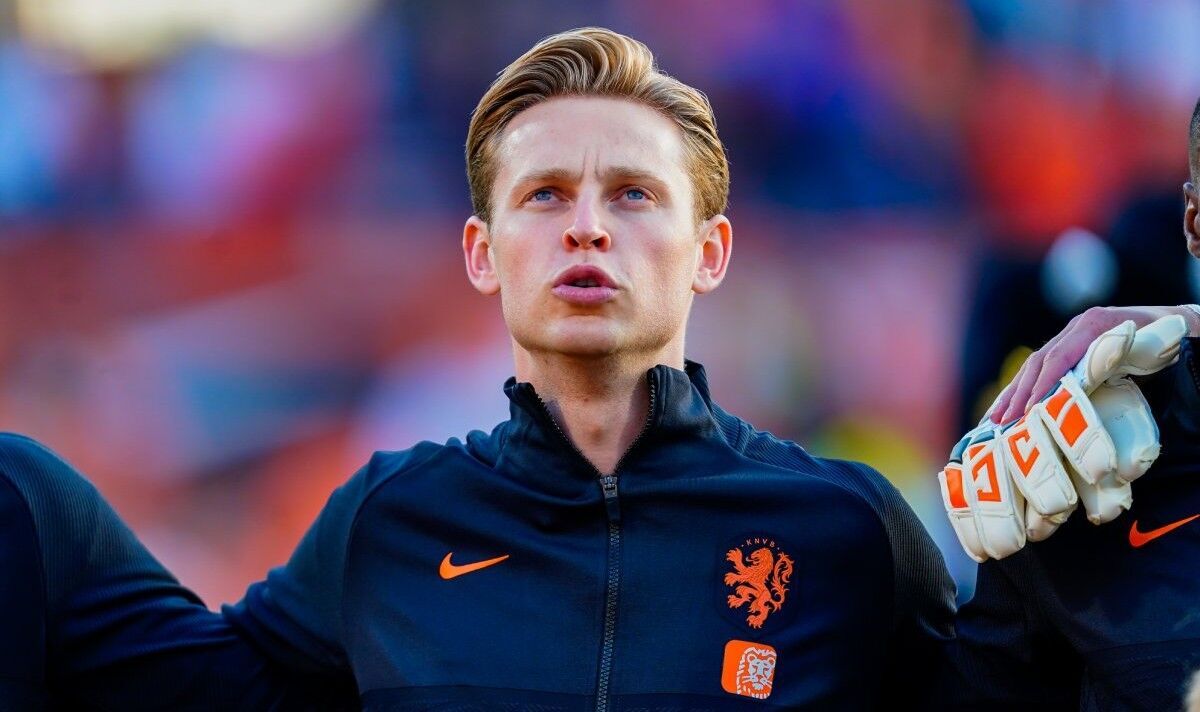 According to Sport, Frenkie de Jong met Xavi Hernandez over his Barcelona future during the club’s pre-season camp in the United States. And the Dutchman repeated his desire to remain in Catalonia this season, despite United agreeing a £72million deal for his services.

But in even more of a catastrophic update for the Red Devils, the report claims De Jong would only agree to leave Barcelona if it was for their Premier League rivals, Chelsea. He is said to be grateful for Ten Hag’s relentless efforts to bring him to Old Trafford but doesn’t want to reignite their previous relationship at Ajax.

De Jong is reluctant to give up Champions League football after United missed out with a sixth-place finish in their nightmare 2021/22 campaign. And unlike the 20-time Premier League champions, Chelsea can offer the chance to remain in Europe’s elite competition.

It wouldn’t be the first time if the Blues were to steal a late march on United and snatch the 25-year-old Dutchman from their grasp. United have missed out on stars such as Arjen Robben, Didier Drogba and Eden Hazard to Chelsea down the years, but a De Jong capture would draw comparisons to a famous midfield hijack 16 years ago.

In 2006, John Obi Mikel agreed to join United from Lyn Oslo and had even signed his contract and posed with the iconic red shirt. However, Chelsea arrived for his signature shortly after, shaking hands with Lyn Oslo on the same fee, prompting Mikel to perform an unbelievable u-turn.

READ MORE: Kompany: ‘Stay smart and we won’t get burnt’

And given the Nigerian’s desire to move to Stamford Bridge, Chelsea ended up paying United £12m to terminate their deal, allowing him to join. While the De Jong situation won’t be as dramatic, it would undoubtedly leave just as sour a taste in the mouths of those at Old Trafford.

Despite Sport’s latest report, murmurs coming out of Spain have contrasted with the same from England. Many believe Barcelona are publishing some information to ‘save face’ amid their financial circus. But it’s a story that will likely develop further in the final month of the transfer window.

Denial of responsibility! NewsUpdate is an automatic aggregator around the global media. All the content are available free on Internet. We have just arranged it in one platform for educational purpose only. In each content, the hyperlink to the primary source is specified. All trademarks belong to their rightful owners, all materials to their authors. If you are the owner of the content and do not want us to publish your materials on our website, please contact us by email – [email protected]. The content will be deleted within 24 hours.
best sports newschelseachoicedrawsFrenkieJongMannews update sports

‘I am angry with myself’: Shubman Gill on not converting starts in two ODIs vs West Indies – Firstcricket News, Firstpost

Here’s why Apple is ditching the 5.4-inch iPhone Mini with the iPhone 14 series- Technology News, Firstpost

Now, 75 GMs for India in 75th year of Independence