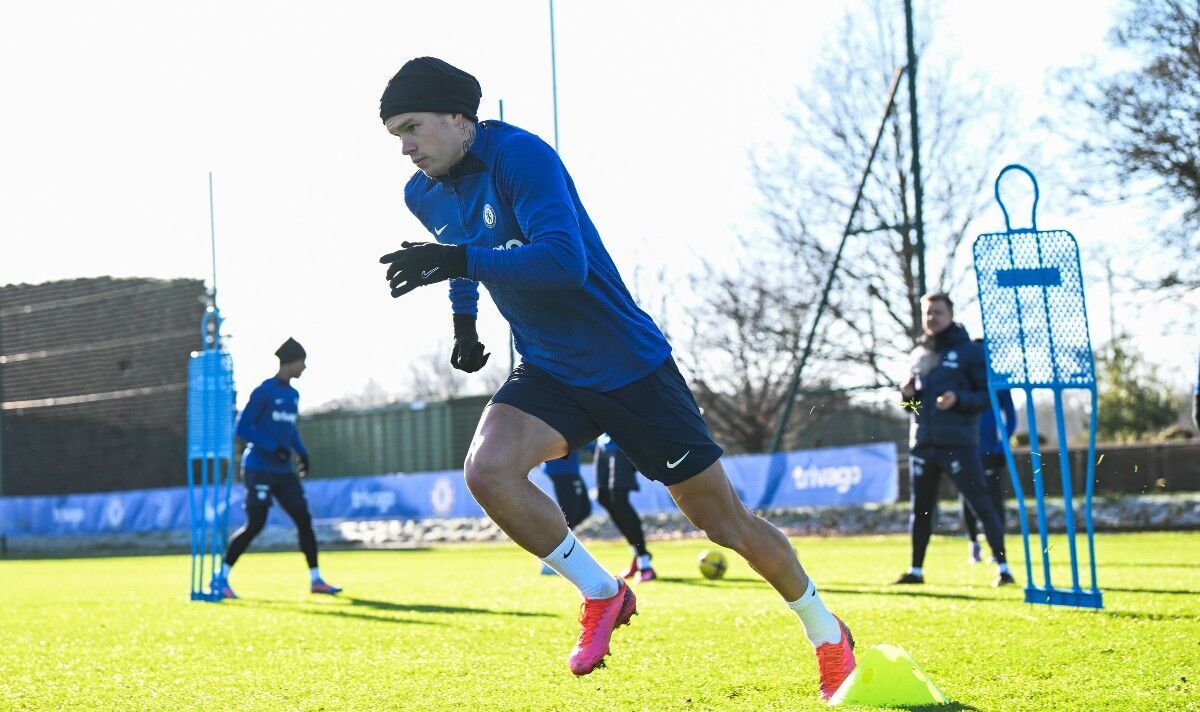 Chelsea boss Graham Potter has somewhat worryingly admitted that new signing Mykhaylo Mudryk is ‘not guaranteed’ to be a success in the Premier League. The Blues hijacked Arsenal’s attempts to sign the Ukrainian winger as they splashed out an eye-watering £89m to bring him in from Shahktar Donetsk.

The 22-year-old could make his Premier League debut on Saturday against Liverpool at Anfield, and will be desperate to hit the ground running in England. Speaking in his press conference ahead of the clash, however, Potter said that there was no way he could be sure that the player wouldn’t flop on these shores.

“There is no guarantee anywhere,” he said. “No magic formula that says this is going to work and this is how we see the future. With every decision you’ve got to make the best educated guess that you can.

“If you identify the right player and the right person there’s huge upsides to it because you are developing and investing in him. If things go well you have a fantastic asset, and the club is secure in terms of the contract length. It’s a direction the club wants to go down and obviously I am supporting that as best I can.”

“He hasn’t played so much football recently but has been training well. There’s a chance [he could make his debut against Liverpool]. We’ve got to help everybody understand that he is coming from a different league and has to adapt.”

Potter is clearly excited about the potential of Mudryk, however, and went into a bit more detail about the main strengths he will bring to his side. “He brings speed, he brings directness, he brings one-vs-one ability to just eliminate an opponent, ” the former Brighton boss added.

“Sometimes with all the noise around him you have to focus on helping him settle in, not put too much pressure on him. It doesn’t matter how much the price tag says, it’s about how a human being goes from this country and this league to this country and this league, and help him understand about us and us as a club. If we do that well then he will be a huge success.”

Potter had come under increasing scrutiny following the Blues’ dismal form following the World Cup, with the west Londoners dropping points against the likes of Nottingham Forest and Fulham.

They did get a much-needed morale boosting victory over Crystal Palace last time out, however, and Potter will be desperately hoping that result can be a springboard for better times ahead.

Mudryk has been joined along with Joao Felix, Benoit Badiashile, David Datro Fofana, Andrey Santos and Noni Madueke this month, and Potter can certainly have no complaints about not being backed by American owner Todd Boehly.

Denial of responsibility! NewsUpdate is an automatic aggregator around the global media. All the content are available free on Internet. We have just arranged it in one platform for educational purpose only. In each content, the hyperlink to the primary source is specified. All trademarks belong to their rightful owners, all materials to their authors. If you are the owner of the content and do not want us to publish your materials on our website, please contact us by email – [email protected]. The content will be deleted within 24 hours.
admissionbest sports newsBosschelseaGrahamMudrykMykhaylonews update sports