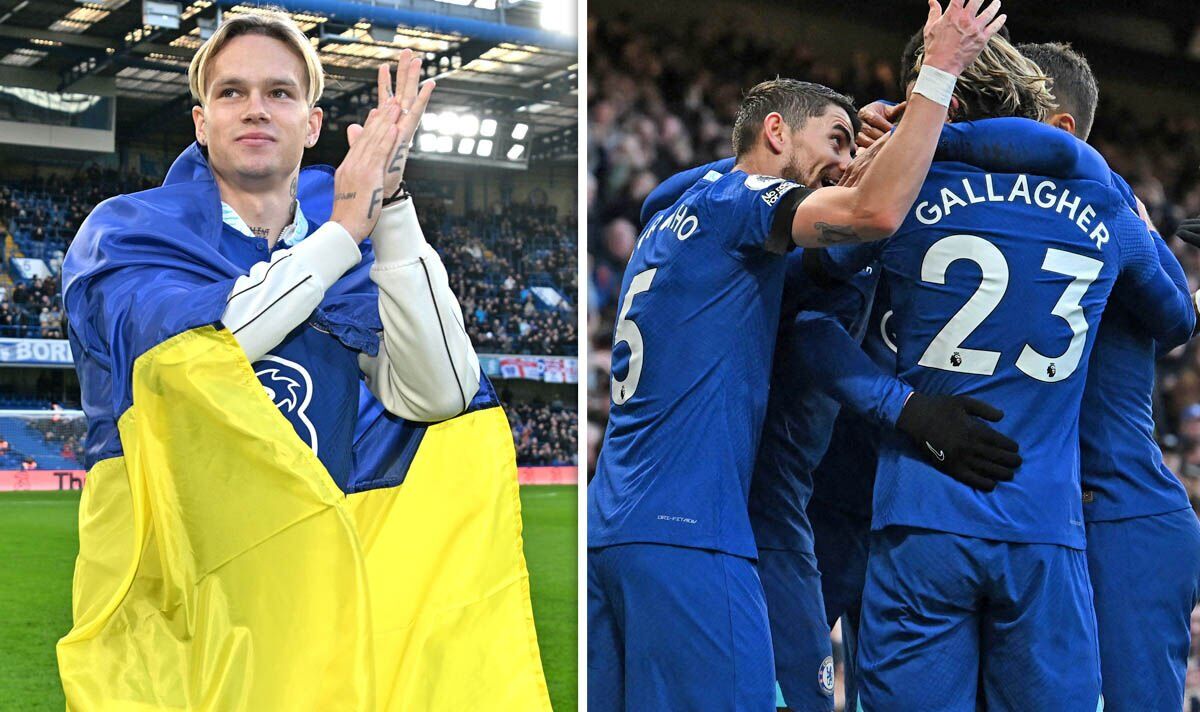 Chelsea eased the pressure on Graham Potter with a narrow 1-0 win over Crystal Palace on Saturday. The Blues announced Mykhaylo Mudryk before the showdown, with the Ukraine international watching on as Kai Havertz headed home the winner. Express Sport will now take a look at four things we learned from the contest at Stamford Bridge.

Chelsea decided to start with Chukwuemeka, Hakim Ziyech, Mason Mount and Kai Havertz in their attack.

But while the quartet are all good players, the Blues looked slow and sluggish while they were all on the field.

In modern football, you need speed. And that’s exactly what Mudryk will provide once he’s able to step onto the Stamford Bridge pitch.

Chelsea won courtesy of a header from Havertz, which came from a corner.

But they struggle when it comes to scoring goals from open play and that’s exactly why they were so determined to beat Arsenal to Mudryk’s signature.

Kepa was able to keep a clean sheet as Chelsea battled their way to all three Premier League points.

But there’s still a sense the Spain international is a mistake waiting to happen, especially when the ball comes in from out wide.

Kepa never looks assured when coming to collect the ball and, after his recent error against Fulham, looks nervy.

Chelsea do have Edouard Mendy to come back from injury.

But the Blues certainly need a new No 1 if they’re to continue to improve and make a late charge towards the Premier League top four.

Potter still learning on the job

Chelsea boss Potter is still learning on the job, as his team selection for the match proves.

Having seen his side beaten by Fulham in midweek, Badiashile was started – despite the Blues preferring to delay his debut.

And the decision to play Chukwuemeka spoke volumes, too.

It’s to Potter’s credit that he’s trying everything to stop the rut in west London, with his Chelsea players rewarding his faith in them.

Whether they can build on this result, however, remains to be seen.

Mudryk is already a popular figure

From the outside, Chelsea’s deal for Mudryk has been questioned and scrutinised with many believing he’s not what the Blues need.

However, there’s no denying the Ukraine international is already a popular player in the capital.

Having previously been expected to join Arsenal, Chelsea fans cheered the 22-year-old as he was paraded to them at the interval.

Chelsea will be hoping Mudryk proves to be money well spent, unlike some of their other attacking signings in recent years.

But the fact he moved to the Blues, rather than Arsenal, means he’s already got his relationship with supporters off to a strong start.

Denial of responsibility! NewsUpdate is an automatic aggregator around the global media. All the content are available free on Internet. We have just arranged it in one platform for educational purpose only. In each content, the hyperlink to the primary source is specified. All trademarks belong to their rightful owners, all materials to their authors. If you are the owner of the content and do not want us to publish your materials on our website, please contact us by email – [email protected]. The content will be deleted within 24 hours.
best sports newsBosschelseaCrystalMudryknews update sportsnewsupdatePalace

I was told I’ll get my chance in Bangladesh: Sarfaraz Khan | Cricket News – Times of India