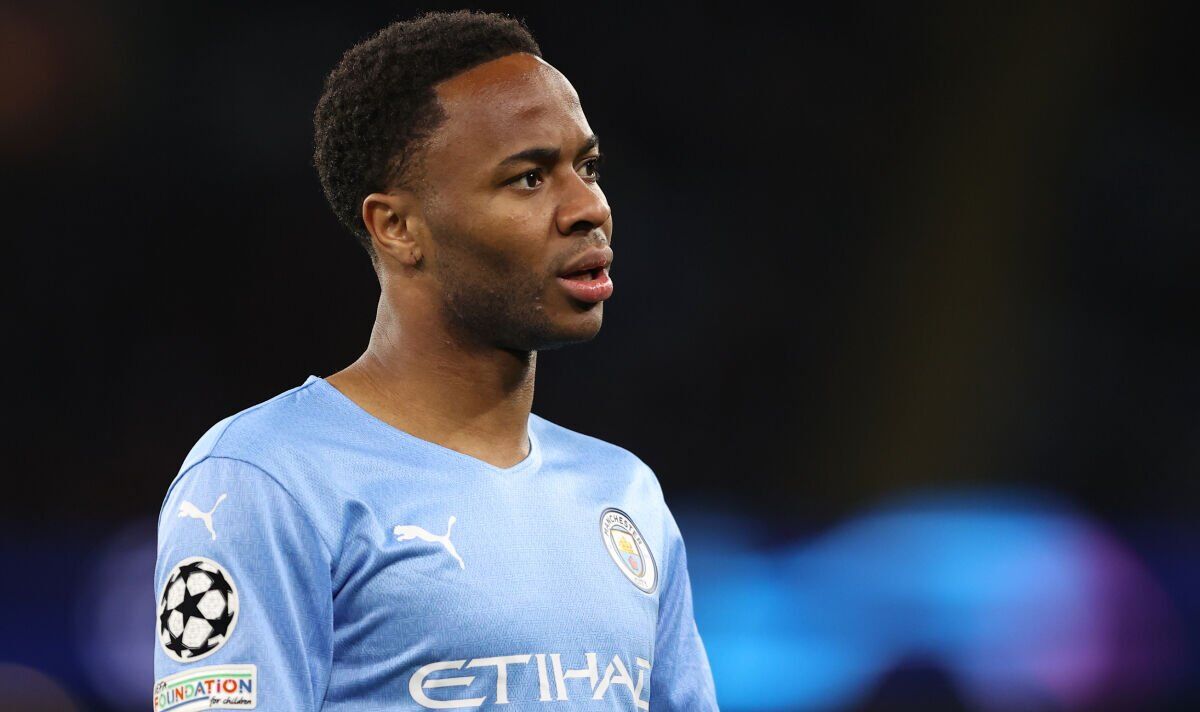 Raheem Sterling will follow in the footsteps of Daniel Sturridge and Emmanuel Adebayor if he leaves Manchester City for Chelsea this summer. The Blues are said to be confident of landing the England international despite having an opening bid rejected.

Amid reports Chelsea could sign Sterling for as little as £35million, City rebuffed an opening offer of £21m plus add-ons for winger. The Citizens are believed to be willing to accept around £45m – the same fee they want for Arsenal and Tottenham target Gabriel Jesus.

Sterling is out of contract in 2023 and at 27 wants regular minutes, particularly with England’s World Cup campaign in Qatar coming up at the end of the year. Chelsea could be an ideal fit with Romelu Lukaku set to return to Inter Milan on loan, leaving a hole in their front-line.

Chelsea are thought to be increasingly optimistic they will bring in Sterling this summer provided they can agree a fee. The left-sided winger, who can also play on the right or through the middle, has enjoyed seven brilliant seasons with City which have yielded four league titles and 131 goals and 95 assists in 339 matches.

The Jamaica-born attacker who grew up in London joined City from Liverpool in 2015 having exploded on to the scene under Brendan Rodgers at Anfield. Betting.com studies found Sterling is one of 89 players to play for more than one big six team. And by heading back to the capital to join Chelsea, Sterling would become the next Sturridge and Adebayor.

That’s because he would be joining his third club from the Premier League big six. Sturridge started out at Man City but then swapped to Chelsea. He had his greatest success with seven seasons at Liverpool though injuries prevented him from going down as a club legend.

Adebayor was meanwhile brilliant in four years at Arsenal, averaging just shy of one goal every two games, and then swapped the Gunners for City. But he was loaned out to Real Madrid and then Tottenham, who he joined on a permanent basis. He spent four seasons with Spurs in total before a year at Crystal Palace.

Kolo Toure, William Gallas and Yossi Benayoun also all represented three of the big six teams and Sterling would become the seventh player to do so. Only one player ever in Premier League history has played for four – Nicolas Anelka, the ex-City and Chelsea forward. The Frenchman also had successful stints at Arsenal and Liverpool, the latter on loan.

Anelka scored 125 goals and registered 48 assists in 364 Premier League games throughout his career and Sterling is well on his way to trumping that. He has 109 goals and 56 assists in 320 English top-flight matches, even though he’s primarily a wide forward rather than a striker.

Chelsea, if they can broker a deal with City, that he can be similarly prolific for them. If he can help bring some more major honours to Stamford Bridge like Anelka did – even better. Don’t count on any Adebayor-esque goal celebrations against City though.

Denial of responsibility! NewsUpdate is an automatic aggregator around the global media. All the content are available free on Internet. We have just arranged it in one platform for educational purpose only. In each content, the hyperlink to the primary source is specified. All trademarks belong to their rightful owners, all materials to their authors. If you are the owner of the content and do not want us to publish your materials on our website, please contact us by email – [email protected]. The content will be deleted within 24 hours.
Adebayorbest sports newschelseaDanielEmmanuelnews update sportsnewsupdateRaheem