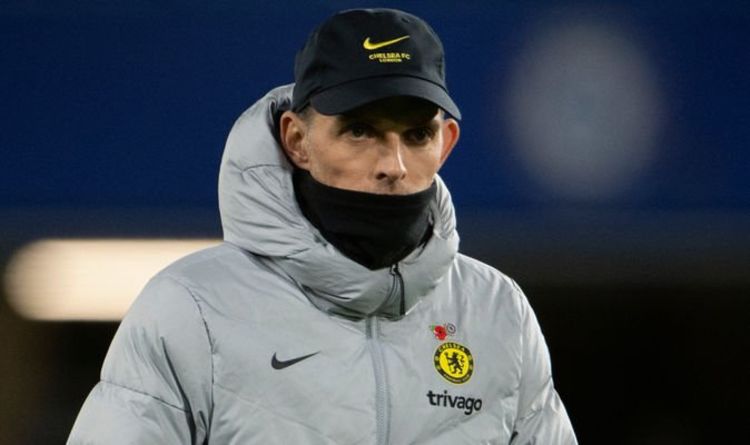 Chelsea are looking to bounce back from a frustrating draw with Burnley before the international break in their first game back at Leicester today (12.30pm). Thomas Tuchel is expected to make at least a couple of changes to his starting line-up at the King Power Stadium. Express Sport looks at how the league leaders could line up in the Midlands, where they can at least temporarily move six points clear of second-placed title rivals Manchester City with victory.

Edouard Mendy has arguably been the most impressive goalkeeper in the Premier League this season and has conceded just four goals in his 10 appearances, the one he leaked against Burnley being the first he has let in from open play.

Only Manchester City’s Ederson has kept as many clean sheets (six) and Mendy is a massive reason Chelsea sit top of the Premier League table.

The Senegalese has managed a brilliant 93.1 per cent save percentage from the 29 shots on target he has faced this season which is significantly the highest percentage in the division of keepers to play more than one match.

Mendy will need to be at his best to keep out Jamie Vardy and co. this afternoon just as Arsenal’s Aaron Ramsdale did in superb fashion last month.

Tuchel will once more utilise his trusted 3-4-2-1 formation but he could make one change to the trio of centre-backs who start ahead of Mendy.

Thiago Silva played against Burnley and despite not playing against Argentina on Tuesday night, the Brazilian embarked on a lengthy return journey to the UK the next day.

As a result, Tuchel may rest Silva for him to instead play against Juventus in the Champions League, with Cesar Azpilicueta coming back into the side to start only his second league match since the end of September.

The veteran Spaniard would line up on the right-hand side, shifting Andreas Christensen into the central role with Antonio Rudiger on the left.

Reece James is Chelsea’s highest Premier League goalscorer with four strikes this term and the in-form defender, who also has three assists in his eight top-flight matches, will once again act as right wing-back.

Ben Chilwell on the left has three goals in just five league games having played second fiddle earlier in the campaign to Marcos Alonso, who is fit again after an ankle problem but should only make the bench.

Mason Mount should return following his recovery from dental surgery, which prevented him joining up with England over the break.

Timo Werner is back in training but Tuchel’s comments about his fellow German suggested the forward may not start. Christian Pulisic is another fit again but he too should be benched.

Callum Hudson-Odoi would be the beneficiary having played well this season despite his underwhelming goalscoring statistics.

Hudson-Odoi will be trusted to provide pace to the Chelsea attack with Kai Havertz acting as the false nine given Romelu Lukaku’s continued unavailability.

Tuchel ruled out the Belgian yesterday, saying: “Romelu is very close to team training so hopefully he will join the squad on Sunday. He is pushing hard and trying to come back as soon as possible.”

Denial of responsibility! NewsUpdate is an automatic aggregator around the global media. All the content are available free on Internet. We have just arranged it in one platform for educational purpose only. In each content, the hyperlink to the primary source is specified. All trademarks belong to their rightful owners, all materials to their authors. If you are the owner of the content and do not want us to publish your materials on our website, please contact us by email – [email protected]. The content will be deleted within 24 hours.
best sports newsBlueschelseaCityExpectedeyeLeicesterMan