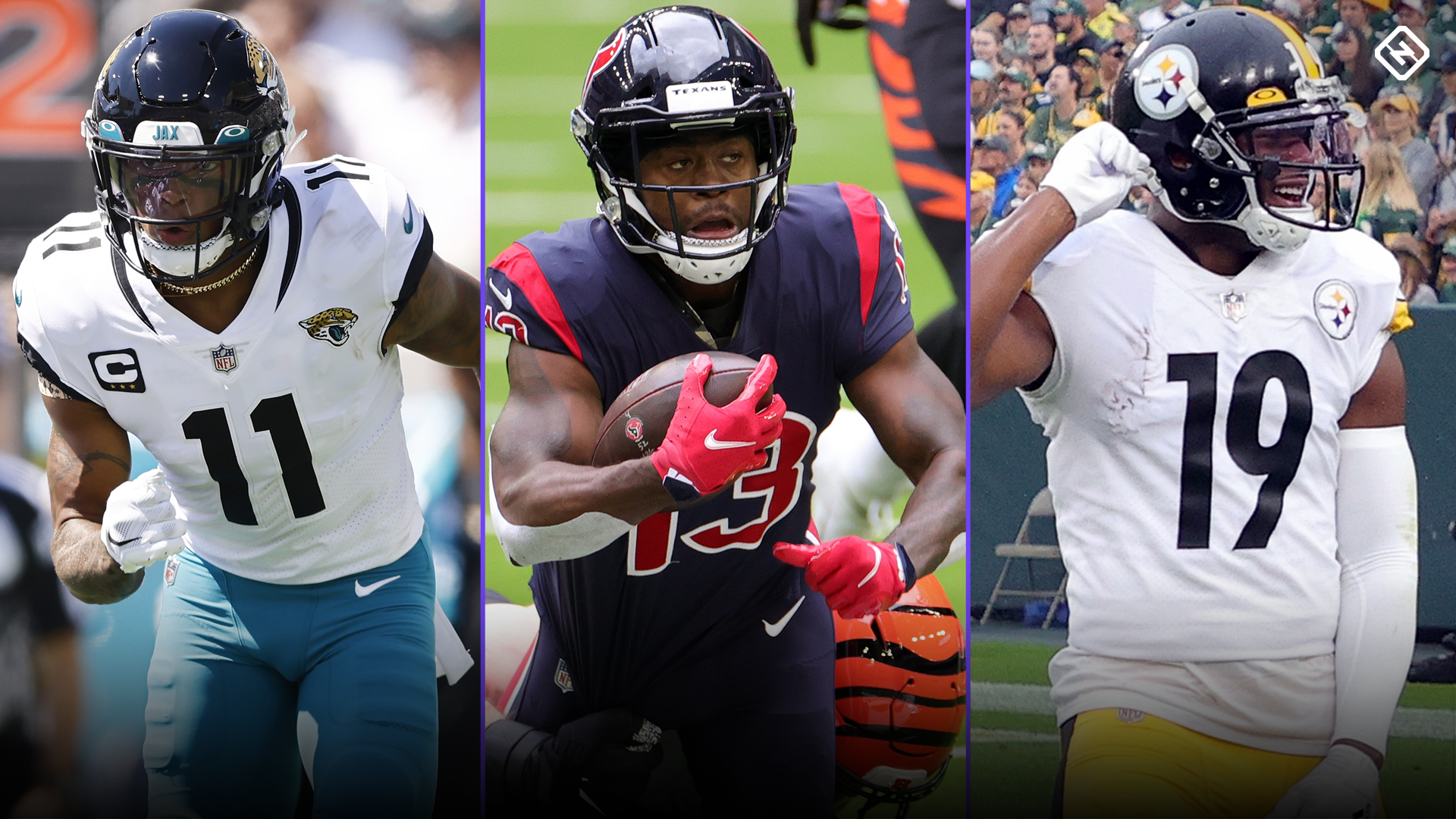 The Chiefs haven’t been able to find a solid No. 2 receiver for their offense during the Patrick Mahomes era so far. They reminded everyone of that when they signed Josh Gordon last week.

Gordon, now 30, last played in the NFL during the 2019 season. He racked up 426 yards and a touchdown on 27 catches while playing for the Patriots and Seahawks. However, he has battled a plethora of substance abuse issues during his career but has repeatedly returned from his indefinite suspensions.

The Chiefs are giving Gordon a chance and are hopeful that he can finally provide the team with a true receiving complement to Tyreek Hill. They have long tried to fill the void there, but the Sammy Watkins signing didn’t quite pan out. Nor did drafting speedster Mecole Hardman in the second round of the 2019 NFL Draft.

That said, Gordon may not be the answer either. That’s fine given that the team got him cheaply, but they need to be ready to strike and make another move in case things don’t pan out. That’s probably why they signed Gordon well in advance of the NFL trade deadline, which is Nov. 2, 2021.

It’s never too early to start thinking about potential trades. There aren’t usually many in the NFL, but in recent years, the trade deadline has been more active. The Patriots already traded Stephon Gilmore to the Panthers, so perhaps that will spur more deals across the league.

Which offensive weapons could the Chiefs target if the Josh Gordon experiment fails? As it stands, there are plenty of potential options that they could consider.

The Jaguars are a mess right now, and the Urban Meyer experiment appears to be a massive failure. If the team continues to lose, the team may try to sell off some of its few veteran pieces to give it some extra assets with which to build around Trevor Lawrence.

Jones would probably represent one of their best assets. He’s 31, but he has been one of NFL’s steadiest receivers when healthy over the last nine years. He averaged 67 catches for 962 yards and eight TDs per 16 games from 2015 through 2020.

Jones is already a solid No. 2 receiver but pairing him with Mahomes would raise his ceiling. Plus, he’s 6-2 and is a solid red-zone playmaker. As such, he would compliment Travis Kelce and Tyreek Hill nicely.

IYER: If Jaguars move on from Urban Meyer, who could they hire?

Brandin Cooks has already been traded three times in his NFL career. He probably wouldn’t mind being traded a fourth time if it meant he got to play with Mahomes.

Despite his frequent moves, Cooks has been a productive receiver during his time in the NFL. He has five 1,000-yard receiving seasons under his belt and is on pace for a sixth in 2021. He is one of just two players in NFL history to record 1,000-plus receiving yards with four different teams. The other is Brandon Marshall.

Cooks has the speed that the Chiefs look for in their receivers. Can you imagine him working in tandem with Hill as downfield threats? Defenses would not like trying to stop those two in addition to Kelce.

If the Chiefs don’t want a current Texans receiver, why not go for a former one? Fuller is another speed demon who has averaged 14.7 yards per catch during his career. His high-water mark of 16.6 came in 2020 while working with Deshaun Watson.

Mahomes could have similar success with Fuller. Like Cooks, Fuller would take pressure off Hill and serve as a big-time downfield threat.

Fuller can certainly stretch a defense, but can he stay healthy? He has never played a full 16-game season and has only averaged 10.6 games played per year. He already has missed time due to a one-game suspension and is now on IR with a broken finger.

Maybe the Chiefs will take a chance on Fuller considering that he’s on a one-year deal. It would be a risk, but so was signing Gordon.

Field-stretchers aren’t the only types of playmakers the Chiefs could target. Jamison Crowder is only 5-9 but he has been a solid slot receiver during his career. He has recorded six TDs in each of the last two seasons and has averaged 68.5 catches and 766 receiving yards in 28 games played during that span.

Crowder returned for the Jets in Week 4 and promptly caught seven passes for 61 yards and a touchdown. Mahomes doesn’t like to check down, but if Crowder can get open frequently in the intermediate part of the field, he could be a nice fit in Kansas City.

Would the Steelers actually trade JuJu Smith-Schuster? It depends on how bad things get for the team. They’re currently 1-3 and their offense has looked inept. Smith-Schuster is set to be a free agent for the second consecutive offseason and could look to sign elsewhere with the Steelers lacking a plan at quarterback.

So, yes. Smith-Schuster could be on the move if the Steelers’ struggles continue, and Kansas City is a sensible landing spot. After all, Smith-Schuster admitted that he would’ve signed with the Chiefs in free agency had he not returned to Pittsburgh.

Smith-Schuster would add a well-rounded receiver to the Chiefs’ offense and would add something talent and size (6-1) to the Chiefs’ receiving corps. That’s something they could use, as their two current starting receivers, Hill and Mecole Hardman, are both under 6-0.

NFL BEST BETS: Why you can trust Bills in Week 5

Kansas City could go bargain hunting if none of the top-tier targets shake loose. Williams would represent a quality option. He has a nice combination of size (6-4) and speed (4.42-second 40-yard dash time), so he would fit well for the Chiefs.

It also helps that Andy Reid will have a lot of familiarity with Williams because he spent the first six years of his career in the AFC West playing for the Chargers and Raiders. Plus, the Lions are 0-4, so they could opt to play some of their young receiver talent to get them experience during a rebuilding year.

The only issue with Williams is that he’s currently on IR with a concussion. He should recover before the trade deadline, but concussions are very tricky injuries, so it bears monitoring.

The Chiefs have seen the triage of Blake Bell, Joe Fortson and Noah Gray combine to play 146 offensive snaps this year. The team doesn’t need an upgrade at the No. 2 tight end spot, but they could still use one.

Ertz isn’t the player that he once was, but he’s still a capable pass-catcher and decent blocker. He was averaging 3.3 catches for 38.3 yards per game entering Week 5 despite playing second fiddle to Dallas Goedert. He could provide the Chiefs with similar production and serve as an upgrade playing alongside Kelce.

Reid and the Chiefs just got an up-close look at Ertz in Week 4, and he totaled six catches for 60 yards. He still has some juice at 30 years old. The Eagles wanted to move him during the offseason, so perhaps they’ll find a trade partner in the Chiefs.

Denial of responsibility! NewsUpdate is an automatic aggregator around the global media. All the content are available free on Internet. We have just arranged it in one platform for educational purpose only. In each content, the hyperlink to the primary source is specified. All trademarks belong to their rightful owners, all materials to their authors. If you are the owner of the content and do not want us to publish your materials on our website, please contact us by email – [email protected]. The content will be deleted within 24 hours.
best sports newsChiefsdeadlineexperimentfailsGordonJoshnews update sports