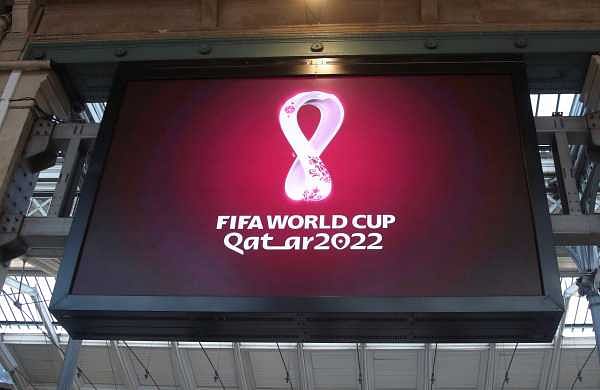 The Chilean soccer federation asked FIFA to investigate its claim that Ecuador player Byron Castillo is actually Colombian and not entitled to have played in qualifying games.

The complaint comes more than one month after South American qualifying ended and Ecuador was drawn into a group with host nation Qatar, the Netherlands and Senegal.

“FIFA can confirm that it has received a formal complaint from the Chilean FA in relation to this matter,” soccer’s governing body said in a statement.

FIFA gave no timetable for a possible disciplinary case ahead of the World Cup kicking off Nov. 21.

Ecuador placed fourth in the 10-nation South American qualifying group to advance directly to Qatar. Fifth-place Peru has a playoff game next month against Australia or the United Arab Emirates.

Chile placed seventh, seven points behind Ecuador, but argues it could advance if games involving Castillo were forfeited.

The FIFA rules in cases of ineligible players require results to be overturned as a 3-0 loss.

In South American qualifying for the 2018 World Cup, Bolivia forfeited two games in which it fielded an ineligible player as a late substitute. FIFA had received complaints from Chile and Peru about Bolivia defender Nelson Cabrera, who was born in Paraguay and had previously played for Paraguay’s national team.

Bolivia lost an appeal at the Court of Arbitration for Sport which said FIFA was right to investigate even when protests were filed weeks after the games were played. That case ultimately harmed Chile. Three extra points awarded to Peru lifted it above Chile to enter an intercontinental playoff that it won.

FIFA wrote stricter rules for the 2022 World Cup requiring all players in qualifying games to produce a “valid permanent international passport” for inspection by match officials.

Denial of responsibility! NewsUpdate is an automatic aggregator around the global media. All the content are available free on Internet. We have just arranged it in one platform for educational purpose only. In each content, the hyperlink to the primary source is specified. All trademarks belong to their rightful owners, all materials to their authors. If you are the owner of the content and do not want us to publish your materials on our website, please contact us by email – [email protected]. The content will be deleted within 24 hours.
2022 FIFA World Cupbest sports newsByron CastillochallengeChileChilean national teamCupEcuador national team