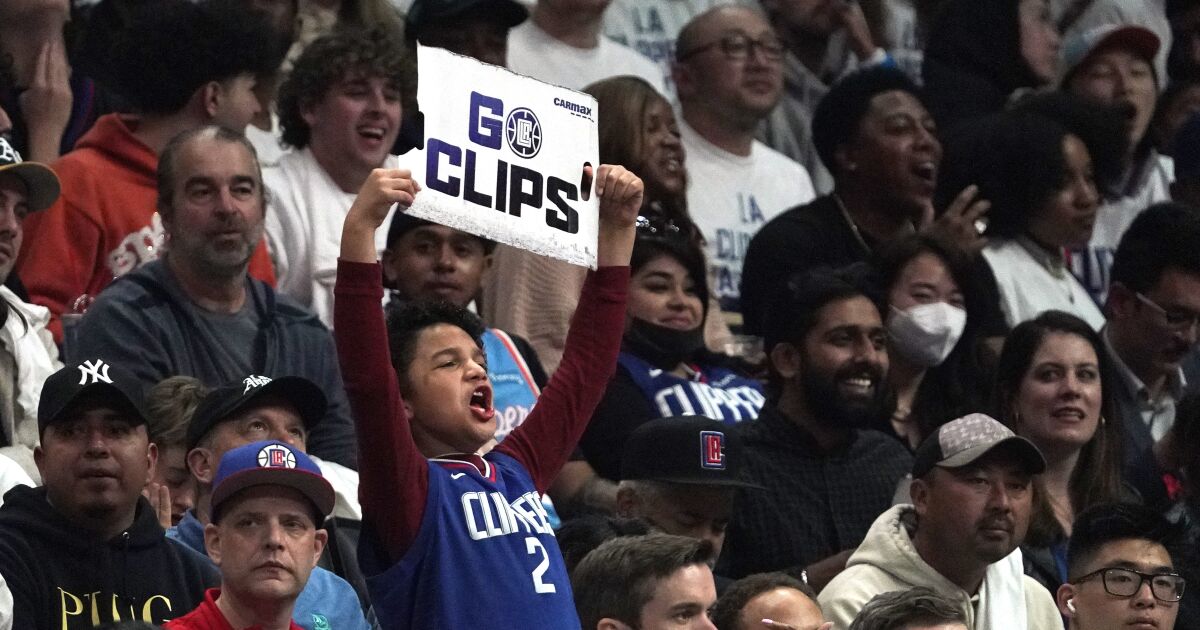 How fans will be able to watch every Clippers game during the upcoming season is not yet fully clear, but a piece of it is after the team announced Tuesday that 15 of its games will air exclusively on KTLA.

That total includes all four exhibition games and 11 regular-season games.

KTLA is owned by Nexstar Media, and the 15 games on KTLA will also be carried by other Nexstar-owned stations in Southern California: KSWB in San Diego, KGET in Bakersfield and KSEE in Fresno. The four exhibition games on KTLA will air Sept. 30, Oct. 3, Oct. 9 and Oct. 12.

The move to carve out a portion of games on free, over-the-air television is in line with other attempts during Steve Ballmer’s ownership aimed at building a larger fan base by reaching a mass audience. The team in 2019 distributed team-branded backpacks to students in Los Angeles and Moreno Valley; in June it unveiled the last of the 350 public basketball courts it refurbished in Los Angeles parks; and construction on the team’s billion-dollar-plus arena in Inglewood, which is scheduled to open in 2024, remains ongoing.

“The segmentation of the television market has become difficult for consumers,” Gillian Zucker, Clippers president of business operations, said in a statement. “We believe it’s incredibly important for Clippers basketball to be accessible to as many people as possible, and the return of the NBA to KTLA is a critical step.”

KTLA broadcast Clippers games from 1985 to 1991 and 2002 to 2009, and putting games on over-the-air TV was a practice several teams used before the model largely shifted and teams began selling their broadcast rights to regional sports networks.

Of the Clippers’ 82 regular-season games in the upcoming season, 32 have already been earmarked as national broadcast games on either Turner Sports, ESPN, ABC or NBA TV. KTLA will broadcast its 11 — starting with an Oct. 25 game at Oklahoma City. Who will broadcast the rest has yet to be finalized after the team’s deal with Bally Sports expired over the summer but discussions between Bally, which is owned by Sinclair Broadcast Group, and the team have continued.

Denial of responsibility! NewsUpdate is an automatic aggregator around the global media. All the content are available free on Internet. We have just arranged it in one platform for educational purpose only. In each content, the hyperlink to the primary source is specified. All trademarks belong to their rightful owners, all materials to their authors. If you are the owner of the content and do not want us to publish your materials on our website, please contact us by email – [email protected]. The content will be deleted within 24 hours.
best sports newsClippersExclusivelygamesKTLAnews update sportsnewsupdatePlay