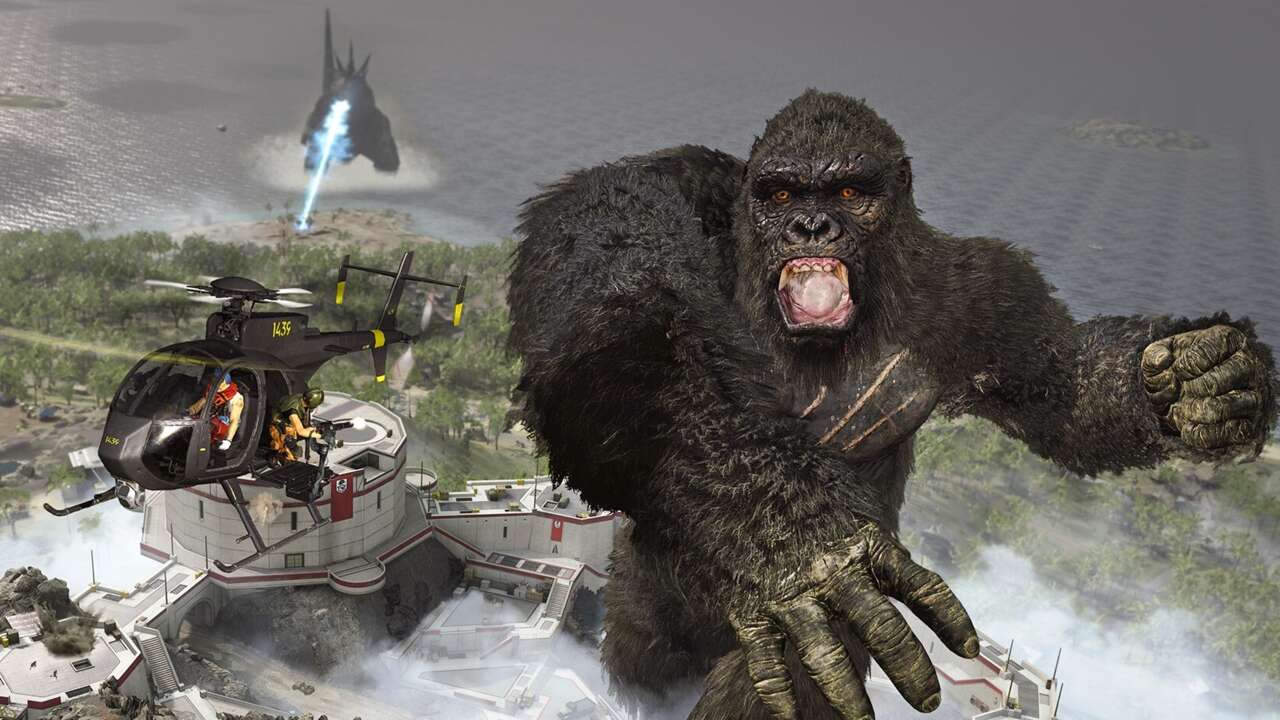 CoD: Warzone Gets Mixed Reviews For Godzilla And Kong Event, As Some Are Left Disappointed

Call of Duty Season 3’s Operation Monarch event went live in Warzone on May 11, bringing Godzilla and King Kong to Caldera. Some players are finding enjoyment with the Monsterverse event, but others are disappointed and feel misled with Operation Monarch’s use of the titans.

Operation Monarch is a limited-time mode, which lets players take part in a mostly typical battle royale experience with a Monsterverse twist. Godzilla and King Kong are both active on the map, but many players are upset that the two titans never actually clash or approach each other. Instead of the titans battling each other, players can choose to attack Godzilla and King Kong to earn additional gear in the match. Players can even use Godzilla’s heat ray breath or King Kong’s ground pound attack as a killstreak.

“So this part was just complete clickbait,” says one Redditor user, who posted a screenshot from the Operation Monarch trailer that suggested Godzilla and King Kong would actually be fighting during the event.

This Warzone event is awful. Maybe we’re spoiled from the Fortnite ones, but damn bro. King Kong & Godzilla don’t even fight 😂

Notable streaming personalities criticized the event on Twitter, with NickMercs calling the event awful and also pointing out the two titans don’t even battle. Activision never expressed that Godzilla and King Kong would be fighting each other, but some players clearly felt the trailers suggested a fight would occur.

While some high-profile streamers and players are criticizing the event, others are finding the fun with Operation Monarch and capturing some entertaining clips. Twitter user CharlieH411 shared gameplay of their plane getting a swift aerial kick by King Kong.

“Operation Monarch delivered on what they set out to do, which is a W,” says YouTuber JGOD on Twitter. “Godzilla and Kong feel present on the map for all players throughout the match. Biggest drawback I am seeing is that they don’t interact even in a cutscene after a win. Better than the train event 100%.”

Of course, JGOD also tweeted his agreement that the biggest issue seems to be the marketing of the event had set false expectations. “Every trailer hyped a battle, but that just didn’t happen.”

On the bright side, Operation Monarch is at least restricted to a limited-time playlist, and players can still choose to play regular matches of battle royale on Caldera. For last year’s Festive Fervor holiday event, the Krampus mini-boss was unavoidable in all playlists. Additionally, this is a great playlist for players to level up their weapons, as double weapon XP is currently active in the Operation Monarch playlist.

The Operation Monarch event is set to run until May 25, and here we break down the full details of Operation Monarch and the event rewards. Season 3’s mid-season update is just around the corner, and here is everything we know about the upcoming updates for Warzone and Vanguard.

Denial of responsibility! NewsUpdate is an automatic aggregator around the global media. All the content are available free on Internet. We have just arranged it in one platform for educational purpose only. In each content, the hyperlink to the primary source is specified. All trademarks belong to their rightful owners, all materials to their authors. If you are the owner of the content and do not want us to publish your materials on our website, please contact us by email – [email protected]. The content will be deleted within 24 hours.
best games newsCoDDisappointedeventgame updategames newsGodzillaKong

Is Jake Paul Really an Answer for Women’s Boxing?

Ransomware: How executives should prepare given the current threat landscape