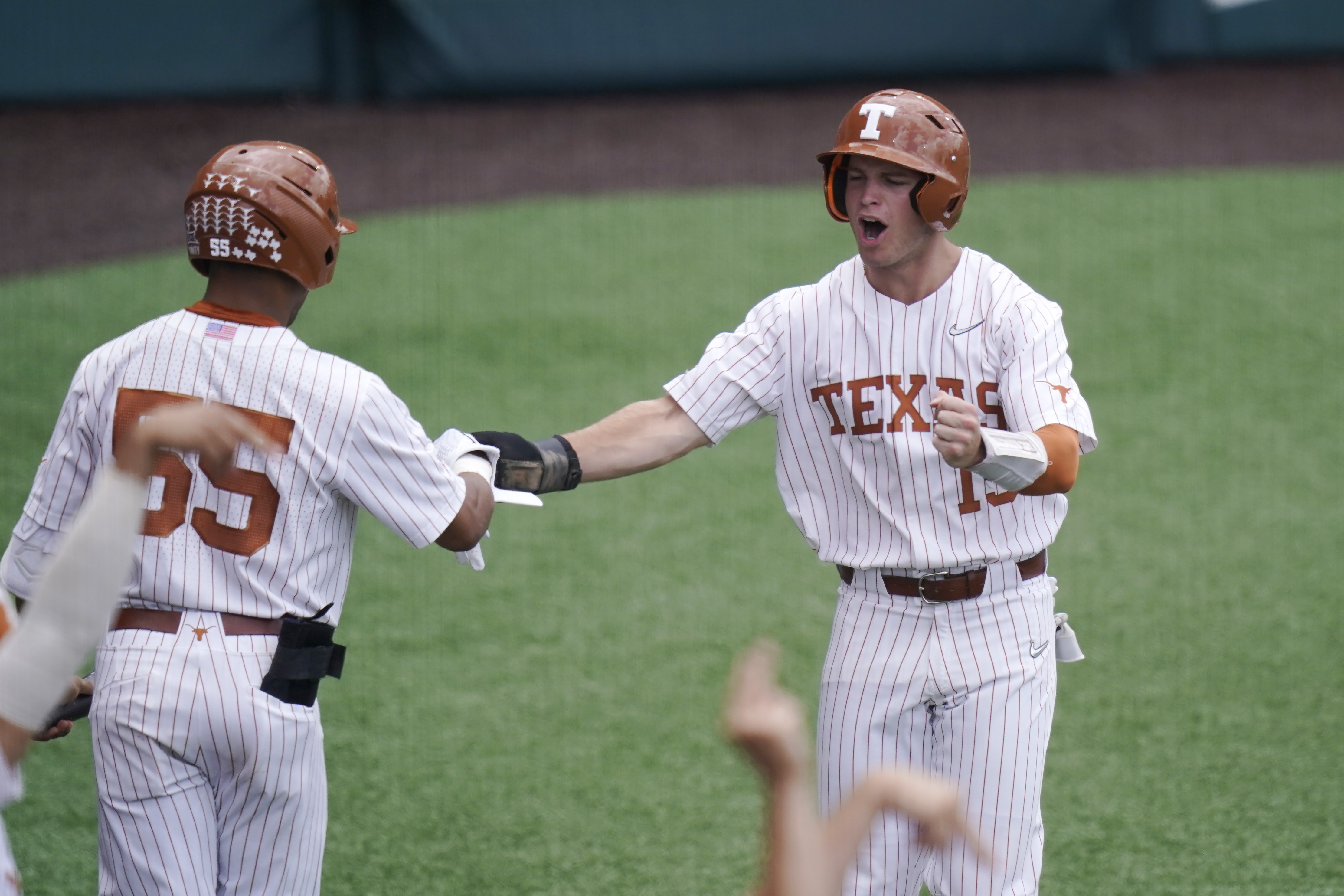 Friday marks the start of the 2021 NCAA Division I baseball tournament, with 16 regional sites across the country hosting 32 games.

The regional portion of the tournament follows a double-elimination format. Friday’s winners will advance to the winners’ side of the bracket, while the losers will have an opportunity to keep their season alive on Saturday.

When regionals conclude on Monday, the 16-team super regionals will be set. Super regionals feature a best-of-three format, with the eight winners advancing to the College World Series at TD Ameritrade Park Omaha starting on June 19.

Arkansas, the No. 1 overall seed in the tournament, shook off an early scare to beat the New Jersey Institute of Technology 13-8 in a slugfest.

The Highlanders knocked Arkansas starter Caleb Bolden out of the game after 1.2 innings and were up 3-0 going into the bottom of the third.

After getting two runs in the third, the Razorbacks blew the game wide open with a seven-run fourth inning for a 9-3 lead.

Christian Franklin, Cayden Wallace and Cullen Smith each homered in the frame. Jalen Cruz added a solo shot in the fifth to extend Arkansas’ lead.

NJIT tried to make things interesting with two runs in the seventh and three in the eighth to cut the deficit to 12-8, but Razorbacks reliever Caden Monke got Paul Franzoni to strike out and Nick Hussey to fly out with two runners on to end the rally.

Texas Tech didn’t dig itself as deep of a hole as Arkansas did, but it did let Army jump out to a 1-0 lead on Tim Simoes’ RBI single off Chase Hampton in the top of the first.

The Red Raiders scored runs in four consecutive innings from the second to the fifth to take a 7-2 lead. Hampton settled in after a shaky first to allow two runs on seven hits with seven strikeouts over six innings.

Texas, Notre Dame, Mississippi State, Stanford and East Carolina were among the other regional hosts who earned wins in their opening games. The Longhorns, Cardinal and Fighting Irish won their games by a combined 30-1 score.

What a game for the first home postseason game since 2004!<br><br>Check out all the highlights from the 10-0 win over Central Michigan in the regional opener!#GoIrish x #Rally pic.twitter.com/j0I9lacLAB

Florida, which received the No. 15 overall seed in the tournament, finds itself fighting to stay alive on Saturday after a 5-3 loss to South Florida.

Fresh off winning their first conference tournament title in 26 years, the Bulls kept their momentum going in Gainesville. They took advantage of sloppy play by the Gators in the later innings to add two critical insurance runs.

Following a two-hour rain delay at the end of the fifth inning, Jake Sullivan led off the sixth with a double. He came around to score on a passed ball by Mac Gusette and wild pitch from Christian Scott.

Gators center fielder Jud Fabian committed two errors in the seventh that allowed Carmine Lane to reach third base. He scored on Riley Hogan’s single to put South Florida up 5-2.

Denial of responsibility! NewsUpdate is an automatic aggregator around the global media. All the content are available free on Internet. We have just arranged it in one platform for educational purpose only. In each content, the hyperlink to the primary source is specified. All trademarks belong to their rightful owners, all materials to their authors. If you are the owner of the content and do not want us to publish your materials on our website, please contact us by email – [email protected]. The content will be deleted within 24 hours.
Loading...
Baseballbest sports newsbracketCollegeFridayhighlightsnews update sportsnewsupdate

French Open 2021: Former World No 1 Victoria Azarenka advances into Round 4 after a gap of 8 years

Home runs by Will Smith and Chris Taylor power Dodgers past…

Indian billionaire praises Djokovic’s reason on why he…

The Frame Lifestyle TV 2021 From Samsung With Customisable…