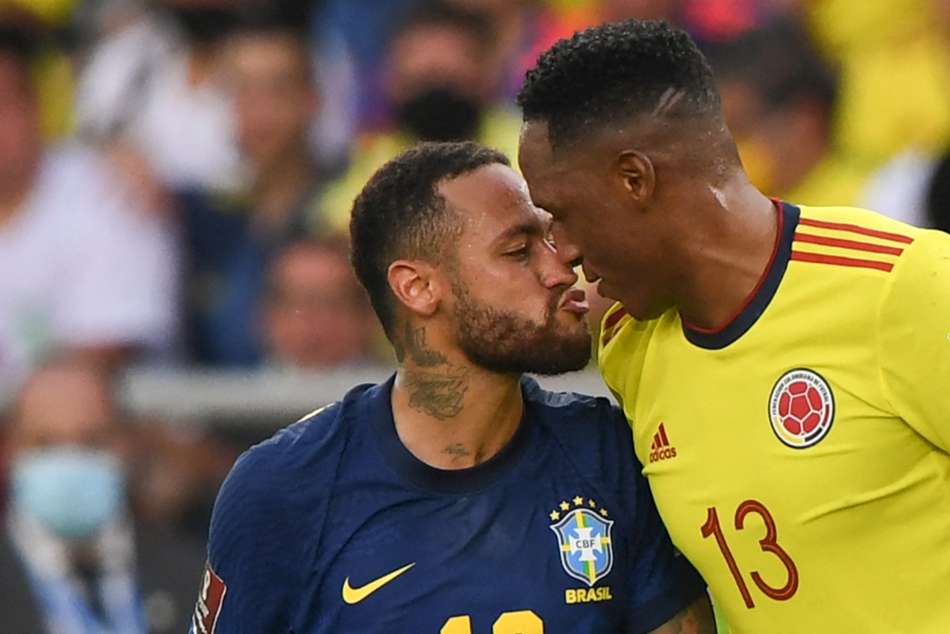 Colombia 0-0 Brazil: Selecao’s 100 per cent record comes to an end

Tite’s men had won all of their first nine matches in the qualification group before coming unstuck in what was a bruising, albeit disappointing, contest in Barranquilla.

Both sides created chances during an even first half, but the finishing was of a low standard as the score remained goalless at the interval. Even fewer clear-cut opportunities were created after the break

15 – Neymar has failed to complete 15 passes against Colombia; his highest tally in a game in the South American WCQ. Sloppy. pic.twitter.com/jaxMJ2QBEL

Yerry Mina wasted a glorious chance to give Colombia an early lead when heading just off target, though they had a lucky escape of their own soon after when Lucas Paqueta prodded agonisingly wide from Neymar’s throughball.

Brazil’s captain played a key role again just after the half-hour mark as he teed up Fred on the edge of the box, but the Manchester United midfielder’s subsequent shot was dreadful.

The match became especially scrappy in the second half, with neither goalkeeper called into meaningful action again until the 68th minute when Allison had to push Juan Quintero’s 30-yard effort away.

That attempt came as the hosts looked to up the ante in the final half-hour, but some substitutions provided a response from Brazil, with Raphinha and Paqueta both wasting reasonable chances.

Raphinha threatened again five minutes from time as his wonderful cross picked out fellow substitute Antony, and David Ospina produced a decisive save to deny the Ajax talent the winning goal.

What does it mean? Selecao still in control

Thankfully for Tite and Brazil, their excellent form in qualification prior to Sunday has bought them plenty of room for error – even if Argentina win their game in hand, the Selecao will still be six points clear at the top.

Tite might be a little concerned by the creative lull his team experienced for the middle third of the match, though the options he brought on from the bench were proof of that not being a squad-wide issue as Brazil finished the game well. Raphinha sparkles off the bench

After being brought on for the anonymous Gabriel Barbosa just after the hour, Leeds United winger Raphinha was a real nuisance. He completed two of his three dribbles, picked out a wonderful cross for Antony and had more touches in the opposition’s box than every other player, highlighting the positivity he brought. Tite might be wise to start him next time. Quintero unable to brew anything special for Los Cafeteros

With James Rodriguez absent, Quintero was the creator Colombia looked to. While he was not exactly quiet, given his six shots was the most of anyone on the pitch, they were all hopeful – and unsuccessful – efforts from distance. That may have been less frustrating if he had been a creative influence as well, but he did not play a single key pass. What’s next?

Both teams still have one more match left of this international window. Brazil host Uruguay on Thursday, while Colombia are at home to Ecuador.

Denial of responsibility! NewsUpdate is an automatic aggregator around the global media. All the content are available free on Internet. We have just arranged it in one platform for educational purpose only. In each content, the hyperlink to the primary source is specified. All trademarks belong to their rightful owners, all materials to their authors. If you are the owner of the content and do not want us to publish your materials on our website, please contact us by email – [email protected]. The content will be deleted within 24 hours.
best sports newsBrazilcentColombianews update sportsnewsupdaterecordSelecaos