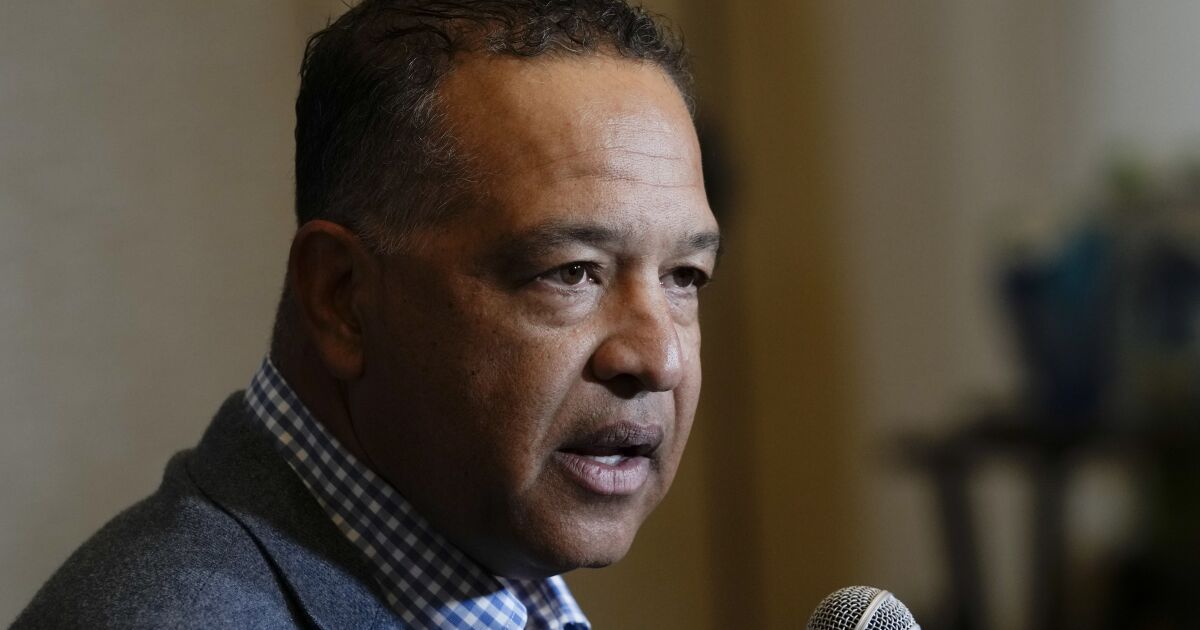 In the wake of Cody Bellinger’s departure to the Chicago Cubs, the Dodgers are looking for a replacement outfielder.

With Tyler Anderson now on the Angels and Walker Buehler expected to miss the season as he recovers from reconstructive elbow surgery, they would welcome another starting pitcher.

Dave Roberts identified another problem the Dodgers have to address, only this problem doesn’t have an obvious solution.

Almost two months removed from his team’s postseason elimination at nearby Petco Park, Roberts offered a troubling review of what transpired in that National League Division Series against the San Diego Padres.

“As a manager, you never want to say that somebody wants it more than you because I think that speaks to the preparation part of it, the mental part of it,” Roberts said. “But I will say that you look at that dugout versus our dugout, there was more intensity there.”

On the second day of baseball’s winter meetings, Roberts put a voice to suspicions that the level-headed approach that produced a franchise-record 111 victories kept the team from playing with the urgency required in October.

“I think there’s some truth to that,” Roberts said.

This wasn’t as much a criticism of his players as much as it was a call to arms, Roberts saying it was his responsibility to get his players to rise to the occasion.

“That starts with me,” Roberts said. “I can do better.”

But do the Dodgers have the right personalities in their clubhouse?

Their most respected player, Clayton Kershaw, is a starting pitcher who plays once every five days.

Their leader by default, Justin Turner, is a free agent.

“I think we do a very good job in the regular season of preparing [for] each game, washing away good, washing away bad, trying to win a ball game,” Roberts said. “But certainly, the postseason has to be … higher stakes.”

Before the Dodgers were eliminated in Game 4 of the NLDS, Betts was asked if he noticed an increased sense or urgency on the team.

February, as in spring training.

The Dodgers don’t have a Bryce Harper or Kyle Schwarber like the NL champion Philadelphia Phillies.

They don’t have a Juan Soto or Manny Machado like the Padres.

The more colorful personalities from the team’s pandemic-shortened championship season in 2020 are playing elsewhere, as Joc Pederson is on the San Francisco Giants and Kiké Hernandez on the Boston Red Sox.

In their absence, the team has become more even-keel and businesslike, qualities that helped the team overcome a midseason hitting slump and withstand a barrage of injuries.

But did that backfire on them in October?

Andrew Friedman, the team’s president of baseball operations, was open to Roberts’ theory.

“Obviously, he had a way better seat for that than I did,” Friedman said. “I think part of it is, was there a lack of intensity? If so, why? If we got a big hit with a runner in scoring position, would that have upped the intensity in the dugout? All those things, I don’t really know the answer to.”

Asked if this was an issue the Dodgers had to address this winter, Friedman replied, “I feel like, yeah, we wanted to change it up a little bit.”

Except Friedman and Roberts have indicated they plan on integrating the next wave of prospects into their roster, which would position them to get under the luxury-tax threshold but not address their personality problem.

Roberts pointed to how Freeman batted .357 in the NLDS.

“I think the reason Freddie hit [was] because it’s kind of what he’s done his entire career,” Roberts said. “He doesn’t take a pitch off. And so that translates to any situation.

“How do we get that to filter throughout the clubhouse? That’s the question. That’s something we’re going to talk about quite a bit.”

The problem is clear. The solution isn’t.

Denial of responsibility! NewsUpdate is an automatic aggregator around the global media. All the content are available free on Internet. We have just arranged it in one platform for educational purpose only. In each content, the hyperlink to the primary source is specified. All trademarks belong to their rightful owners, all materials to their authors. If you are the owner of the content and do not want us to publish your materials on our website, please contact us by email – [email protected]. The content will be deleted within 24 hours.
answersbest sports newsClassicColumnDaveDodgersfallFunk

Dead Island 2 to use Alexa Voice Commands; becomes first-ever game to do so | Digit