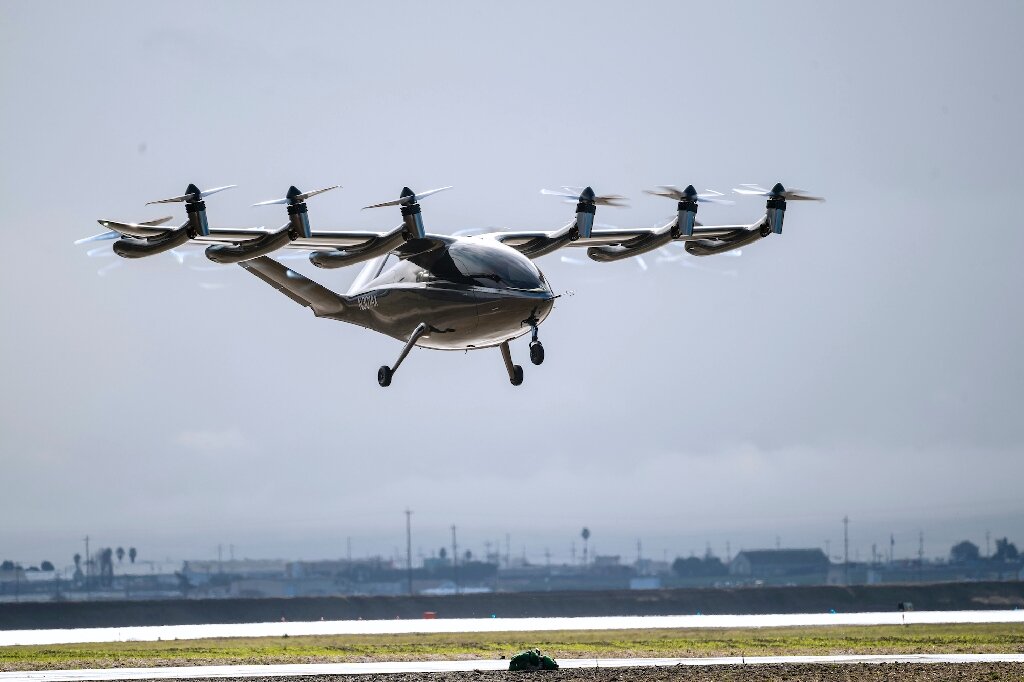 As urban traffic gets more miserable, entrepreneurs are looking to a future in which commuters hop into “air taxis” that whisk them over clogged roads.

Companies such as Archer, Joby and Wisk are working on electric-powered aircraft that take off and land vertically like helicopters then propel forward like planes.

“‘The Jetsons’ is definitely a reference that people make a lot when trying to contextualize what we are doing,” Archer Vice President Louise Bristow told AFP, referring to a 1960s animated comedy about a family living in a high-tech future.

“The easiest way to think about it is a flying car, but that’s not what we’re doing.”

What Archer envisions is an age of aerial ride-sharing, an “Uber or Lyft of the skies,” Bristow said.

Commuters would make it the rest of the way however they wish, even synching trips with car rideshare services such as Uber which owns a stake in Santa Cruz, California-based Joby.

Joby executives said on a recent earnings call that its first production model aircraft should be in the skies later this year.

That comes despite a Joby prototype crashing early this year while being tested at speeds and altitudes far greater than it would have to handle as part of an air taxi fleet.

Joby has declined to discuss details of the remotely piloted aircraft’s crash, which occurred in an uninhabited area, saying it is waiting for US aviation regulators to finish an investigation.

“We were at the end of the flight test expansion campaign at test points well above what we expect to see in normal operations,” Joby executive chairman Paul Sciarra told analysts.

“I’m really excited about where we are right now; we have demonstrated the full performance of our aircraft.”

Its eVTOL aircraft have a maximum range of 150 miles (241 kilometers), a top speed of 200 miles per hour and a “low noise profile” to avoid an annoying din, the company said.

Joby has announced partnerships with SK Telecom and the TMAP mobility platform in South Korea to provide emissions-free aerial ridesharing.

“By cooperating with Joby, TMAP will become a platform operator that can offer a seamless transportation service between the ground and the sky,” TMAP chief executive Lee Jong Ho said in a release.

And Toyota has additionally joined the alliance, with an aim to explore adding ground transportation to such a service there, Joby said.

Hurdles on the path include establishing infrastructure and adapting attitudes to make air taxis a part of everyday life.

“For mass adoption, people need to have a mindset change,” Bristow said.

“Getting people to want to travel in a different way will take some rethinking.”

The need for the change, though, is clear, she reasoned.

Roads are congested with traffic that wastes time, frays nerves and spews pollution.

“There is nowhere else for traffic to go,” Bristow said.

Miami and Los Angeles are already exploring the potential of aerial ridesharing, and Archer is hoping to have a small air taxi service operating in at least one of those cities by the end of 2024.

“It’s a monumental task that we’re taking on,” Bristow said.

“It’s going to take a while before the infrastructure supports the mass expansion of what we’re trying to do.”

Archer last month announced that it teamed with United Airlines to create an eVTOL advisory committee.

The US airline has pre-ordered 200 Archer aircraft with an eye toward using them for “last-mile” transportation from airports, Bristow told AFP.

“Imagine flying from London to Newark, New Jersey, then getting in an Archer and being deposited somewhere in Manhattan,” Bristow said.

Silicon Valley startup Xwing specializes in making standard aircraft capable of flying safely without pilots, with an aim of turning commuting by air into a cheaper and more efficient way to travel.

“In a few years you’ll start seeing taxi networks of electric aircrafts regionally or on long hauls and it’s going to be quite a different landscape.”

To Drennan, the primary reason for taking to the skies is to “give people back their time.”

Citation:
Companies envision taxis flying above jammed traffic (2022, May 9)
retrieved 9 May 2022
from https://techxplore.com/news/2022-05-companies-envision-taxis-traffic.html

Denial of responsibility! NewsUpdate is an automatic aggregator around the global media. All the content are available free on Internet. We have just arranged it in one platform for educational purpose only. In each content, the hyperlink to the primary source is specified. All trademarks belong to their rightful owners, all materials to their authors. If you are the owner of the content and do not want us to publish your materials on our website, please contact us by email – [email protected]. The content will be deleted within 24 hours.
best technology newsCompaniesenvisionflyingjammednews update technewsupdateTaxis

The Most Powerful Story ‘The Onion’ Ever Wrote