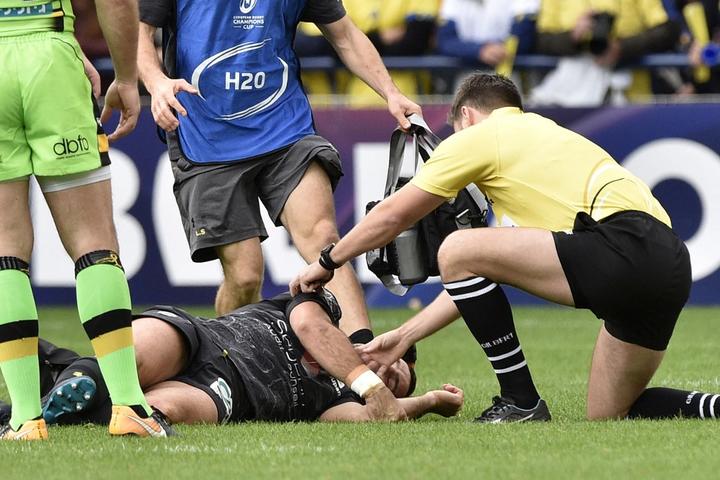 Rugby must introduce laws reducing head impacts or risk “players dropping out of the game at all levels”, says the chief of a head injury body.

A study of retired players showed those over 75 had worse cognitive function than players with fewer head injuries.

“We are concerned about brain health risk, and so are parents and amateur players,” said the Drake Foundation’s chief executive Lauren Pulling.

“Without urgent action, we could see players drop out at all levels.”

The findings of the BRAIN study mainly relate to those who played before the game turned professional in 1995.

While it found no link between concussion and the length of career, and the cognitive function in elite male rugby players over the age of 50, trends in those older than 75 suggested a link between more head injuries and an increased risk of conditions such as Alzheimer’s disease.

However, Pulling says, given some football coaches have admitted ignoring similar guidance over heading, the caps on full-contact training need to be compulsory and enforceable.

The Drake Foundation has also recommended reducing the number of replacements and the intensity of impacts during games.

James Drake, chairman and founder of the Drake Foundation, told BBC Sport: “Change the laws to reflect the way the sport was played pre-1995, I think we’ll be in a much better place”

“I’m really concerned if the trend continues that it will do a lot more damage.”

“We don’t have comparable data from the modern game so we do not have the full picture,” added Pulling.

“But we do know that in the modern game players are generally bigger, stronger and faster so there is more force on the brain in head impacts.”

Previous studies by the Drake Foundation have shown that one in four modern rugby players are at risk of small brain abnormalities.

World Rugby’s response to BBC Sport stated: “Rugby is a global family that cares deeply about the sport and World Rugby welcomes continued research and considered views that inform and support the positive momentum generated by our recently launched six-point strategy to cement rugby as the most progressive sport on player welfare.”

In July this year, as the global governing body announced a new player welfare plan, its chief executive Alan Gilpin said it “stands with” former players with dementia.

Findings from the study

No worsening cognitive function was seen in the group in the under 75s, however 29 percent of the over 75s who had suffered three or more related rugby concussions during their career did have significantly worse cognitive function, including memory loss.

The findings point toward changes in clinical management of older ex-rugby players along with ex-players of other contact sports.

The study was conducted by the London School of Hygiene & Tropical Medicine, Queen Mary University of London and the Institute of Occupational Medicine, with researchers from UCL and the University of Oxford, and assistance from the Rugby Football Union (RFU).

“This study adds to this knowledge gap and shows that playing elite rugby may affect cognitive function in older age.”

Denial of responsibility! NewsUpdate is an automatic aggregator around the global media. All the content are available free on Internet. We have just arranged it in one platform for educational purpose only. In each content, the hyperlink to the primary source is specified. All trademarks belong to their rightful owners, all materials to their authors. If you are the owner of the content and do not want us to publish your materials on our website, please contact us by email – [email protected]. The content will be deleted within 24 hours.
addsAudiobest sports newsConcussionCurrent AffairsgapknowledgeNews

“I’d rather not be involved and win” – Cole Beasley warns fantasy owners, not concerned about stats

Someone made a 10 screen Game Boy monstrosity