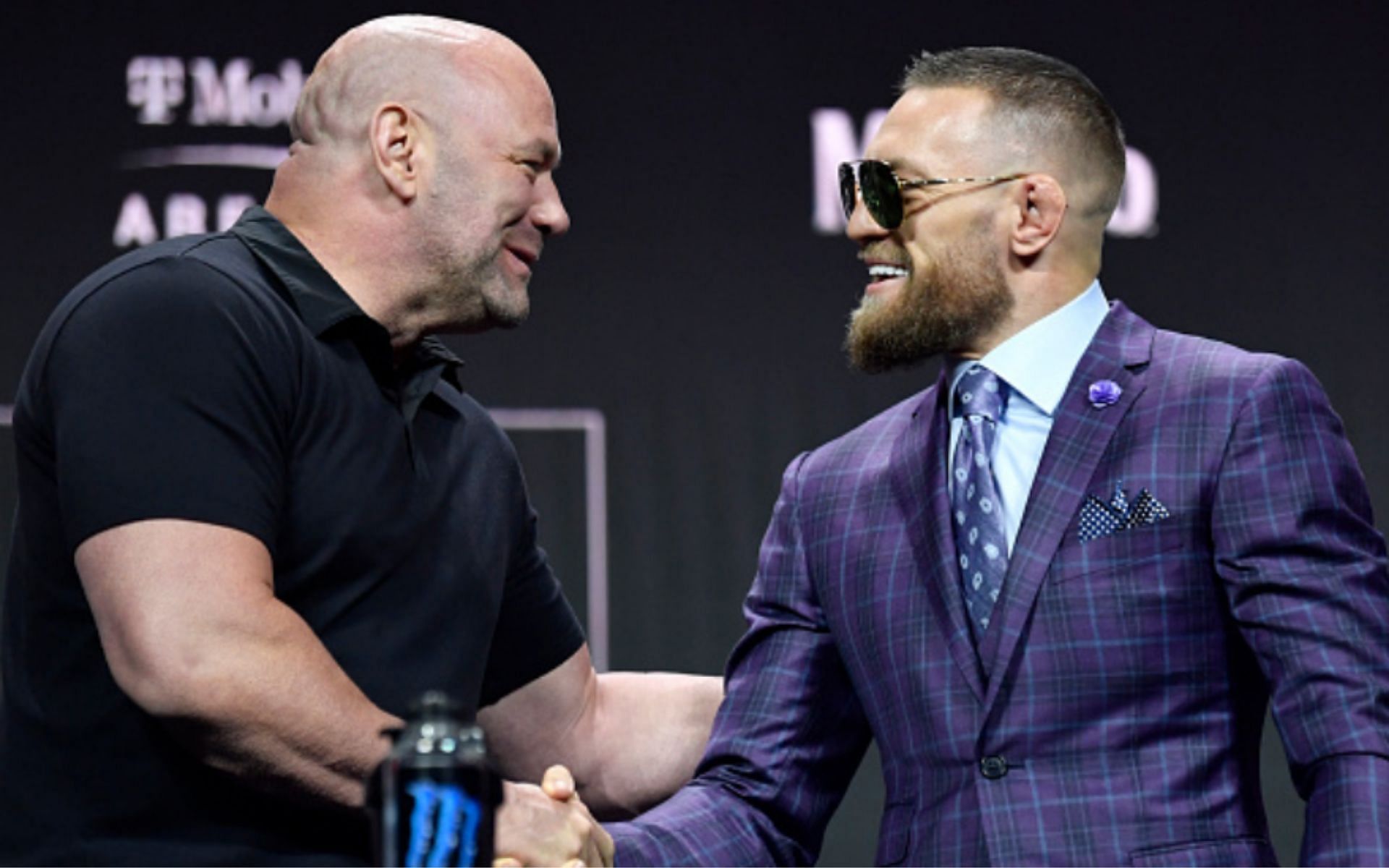 Conor McGregor has shed light upon how many fights are left on his current UFC contract. In response to a Twitter user asking him whether he has any plans to start his own promotion in the future, McGregor revealed that he has two fights left on his UFC contract.

The former UFC featherweight and lightweight champion suggested that he’d like to be with the UFC for life, whilst also indicating that anything is possible. McGregor’s tweet read as follows:

“I have two fights left on my contract. I’d love to be with the UFC for life. I am the UFC! We shall see.”

Conor McGregor is widely regarded as one of the biggest box office draws in combat sports history. ‘Notorious’ has been a part of several major MMA events over the course of his long and storied career, besides also crossing over to boxing for his epic ‘money fight’ against Floyd Mayweather Jr.

Apart from being one of the most successful athletes in regards to the financial aspect of sports, Conor McGregor is also revered as one of the most innovative and gifted fighters in the world. That said, the Irishman has faced a few setbacks in his MMA career as of late and is currently on a two-fight losing streak.

Conor McGregor is coming off back-to-back losses against Dustin Poirier, whom he fought twice in 2021. The MMA megastar had beaten Poirier via first-round TKO in a featherweight bout back in 2014. He faced ‘The Diamond’ in a rematch at UFC 257 in January of this year. Their rematch was contested at lightweight and witnessed McGregor lose via second-round TKO.

Following this, their trilogy bout transpired at UFC 264 in July. The matchup saw Conor McGregor suffer a gruesome leg injury and lose the bout via first-round TKO. He has since been working to recover from his leg injury.

Ahead of his highly anticipated comeback in 2022, Conor McGregor has hinted at fighting several opponents. This includes a potential fourth fight against Dustin Poirier, a rematch against Max Holloway, and a fight against former Bellator lightweight champion Michael Chandler, to name a few.

Nevertheless, one of Conor McGregor’s most notable assertions as of late has been his claim that he’ll fight whoever holds the UFC lightweight title when he returns in 2022. Reigning UFC lightweight champion Charles Oliveira is set to defend his title against Dustin Poirier at UFC 269 on December 11th.

The consensus is that should Dustin Poirier win the title at UFC 269, Conor McGregor’s comeback fight could be another grudge match against ‘The Diamond.’

Alternatively, Conor McGregor could face Oliveira in a fresh matchup if he manages to beat Poirier at UFC 269. Presently, McGregor’s next opponent and exact comeback date haven’t been officially confirmed.

Watch: 5 UFC fighters who found success in the WWE!

Denial of responsibility! NewsUpdate is an automatic aggregator around the global media. All the content are available free on Internet. We have just arranged it in one platform for educational purpose only. In each content, the hyperlink to the primary source is specified. All trademarks belong to their rightful owners, all materials to their authors. If you are the owner of the content and do not want us to publish your materials on our website, please contact us by email – [email protected]. The content will be deleted within 24 hours.
best sports newsConorConor McGregorcontractfightsleftMcGregorMMA