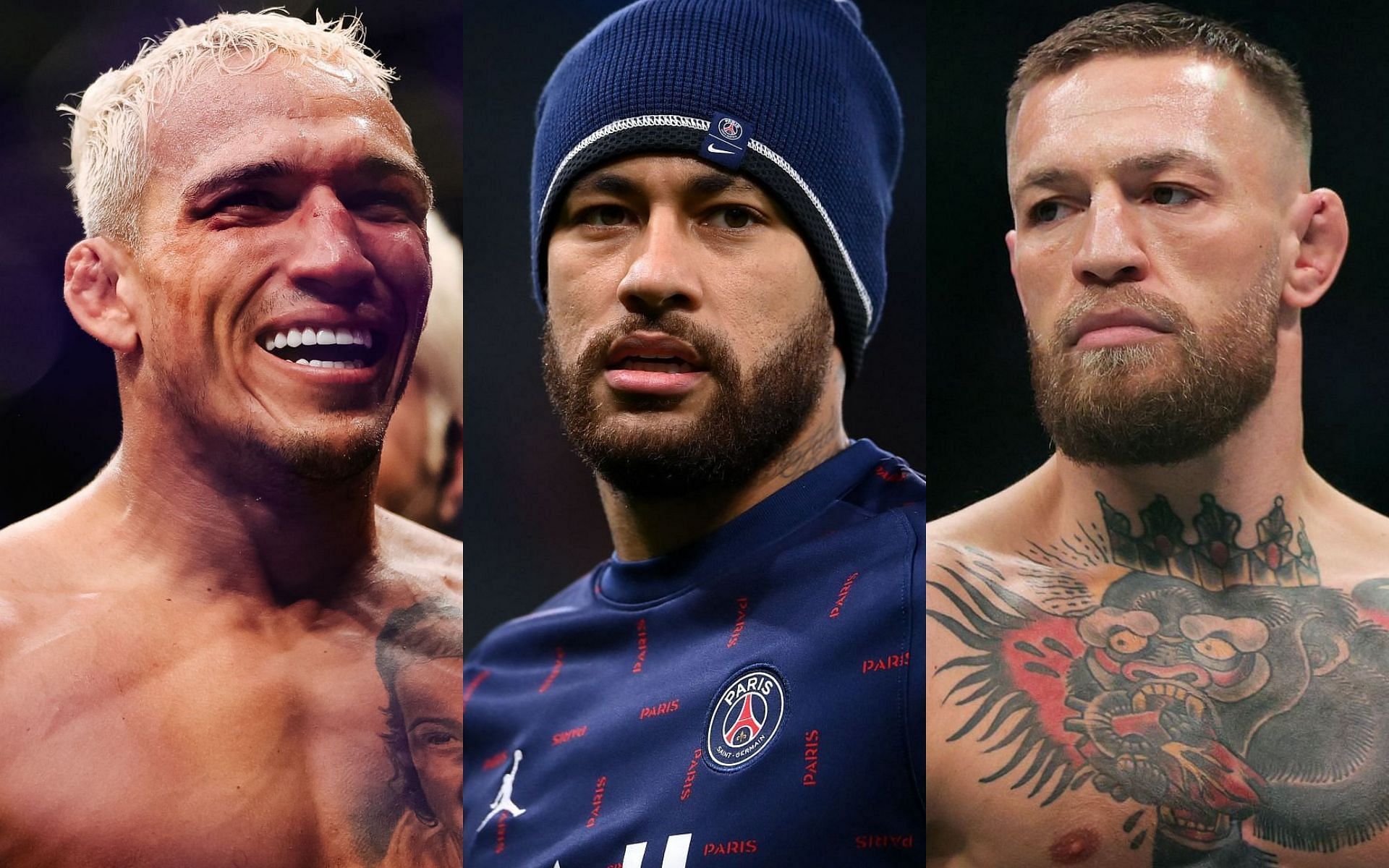 Conor McGregor takes a shot at Charles Oliveira and Neymar Jr. as he looks to reignite his rivalry with Brazilians

Conor McGregor has taken a dig at Paris Saint-Germain star Neymar, promising to “smoke” him and his compatriot Charles Oliveira.

The Irishman is apparently keeping tabs on the UFC lightweight champion’s activities online. Oliveira recently posted a photo of himself with fellow Brazilian sports superstar Neymar. In what appears to be a bid to reignite his rivalry with the nation of Brazil, ‘The Notorious’ took to his Instagram stories to diss Oliveira and Neymar.

Two of McGregor’s most notable wins came against Brazilian fighters Diego Brandao and Jose Aldo. In doing so, McGregor has earned the status of a supervillain in the South American country.

Is 2022 the year we see Conor McGregor go against the country of Brazil for a third time?

Is 2022 the year we see Conor McGregor go against the country of Brazil for a third time? https://t.co/2Ry3lylIY2

Furthermore, McGregor has expressed his desire to fight for the title when he makes his comeback sometime this year. The Irishman directly issued a challenge by asking Oliveira for a date for a potential clash.

So what date am I fighting Oliveira?

So what date am I fighting Oliveira?

In an interview with Sherdog, the 155-pound champ dutifully replied to McGregor’s challenge, saying:

“May would be a wonderful date. Conor challenged me asking a date, and tweeted Ireland vs. Brazil 2. Not only him, but also myself and all the world wants to see that fight. So let’s make it happen. I´m waiting for him in May. It may be in welterweight, lightweight or middleweight, with my title on the line or not. Just choose and I´ll be ready.”

Charles Oliveira posted a poll to determine who his fans want to see him face next for in a UFC lightweight title clash. The Brazilian uploaded a photo of himself side-by-side with Conor McGregor and Justin Gaethje with the caption:

“Let’s start the year with this poll, who would you like to see fight with me.”

Logic dictates that Gaethje is next in line after defeating Michael Chandler in the UFC’s Fight of the Year for 2021. Then again, it’s no secret that McGregor has enjoyed preferential treatment from UFC brass. With that in mind, a McGregor-Oliveira title fight isn’t completely out of the equation despite the Irishman’s standing in the division.

Denial of responsibility! NewsUpdate is an automatic aggregator around the global media. All the content are available free on Internet. We have just arranged it in one platform for educational purpose only. In each content, the hyperlink to the primary source is specified. All trademarks belong to their rightful owners, all materials to their authors. If you are the owner of the content and do not want us to publish your materials on our website, please contact us by email – [email protected]. The content will be deleted within 24 hours.
best sports newsBraziliansCharlesConorConor McGregorMcGregorMMANews