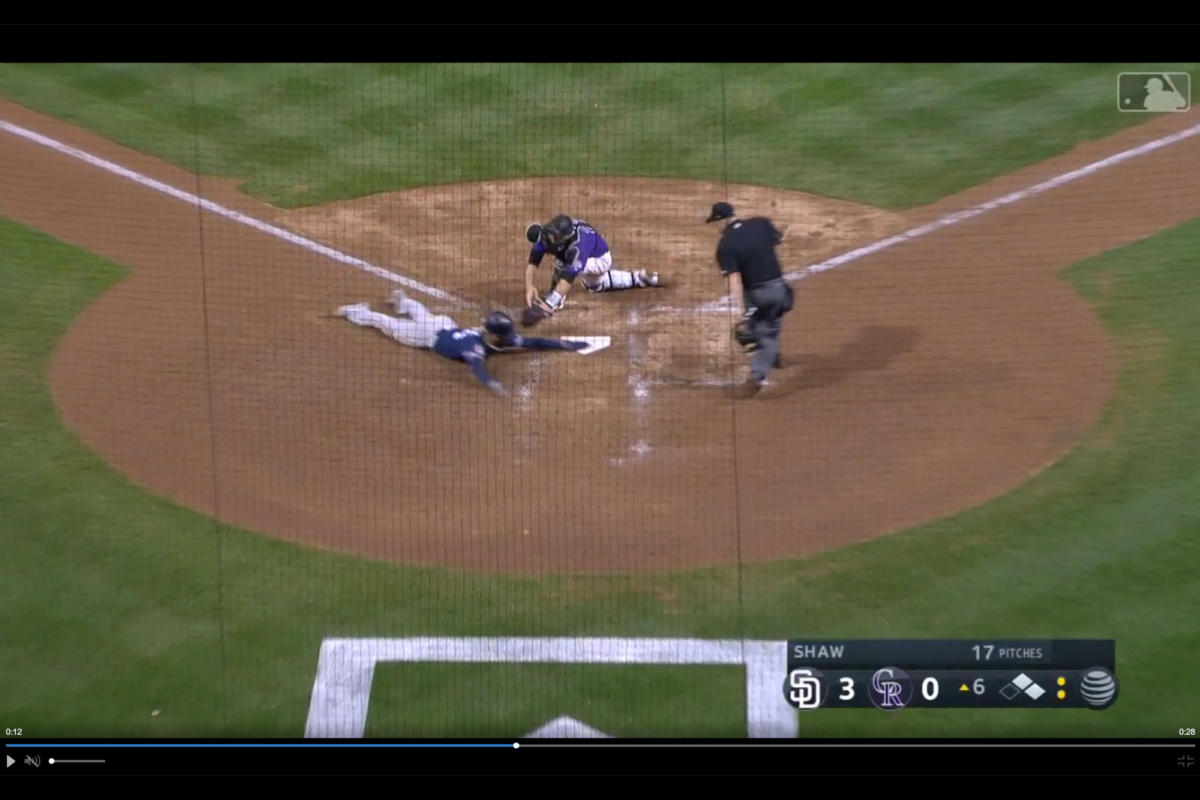 One of the central tenets of cord-cutting is that the more you expect it to be exactly like cable, the more disappointed you’ll be.

That’s especially true if you’re a sports fan. Between streams that lag behind broadcast TV, inconsistent 60-frames-per-second support, and the escalating price of regional sports, replicating the cable experience can be a challenge.

So far, however, one related issue has mostly crept along under the radar: I’m talking about frame-by-frame, slow-motion replays. They’re a staple on TiVo DVRs and some other cable boxes, but completely unavailable on streaming services today. Whether you subscribe to YouTube TV, Hulu + Live TV, Fubo TV, or any other live TV service, you’re limited to skipping ahead several seconds at a time, which means you can’t roll your own sports replays or rewind to precise moments in the action.

A lack of frame-by-frame control may not be a deal breaker for a lot of people, but I have heard from folks who say they can’t fathom cord-cutting without it. Unfortunately for them, the slo-mo status quo probably won’t change anytime soon.

Hate the player, not the stream

Part of the problem is that streaming devices don’t easily allow for slow motion. Platforms like Roku, Amazon Fire TV, and Android TV all offer their own video player software that apps can use, but none of them make slow-motion a built-in feature.

Laura Slater, a spokeswoman for Tablo DVR maker Nuvyyo, noted that while some advanced player software can handle frame-by-frame playback—she cited MPV on Linux as an example—the players that ship on Roku, Fire TV, and other streaming devices don’t offer such granular control.

“Our guess is that it’s for simplicity’s sake,” Slater said via email. “They want to keep their remotes and [user interfaces] as simple as possible.”

If a service really wanted to implement slow-motion, it could build its own custom video player to include those controls. But then it would have to wrestle with interface challenges on its own.

Streaming remotes, for instance, tend to offer a minimal number of buttons, and people already expect those buttons to behave in similar ways across all their apps. Jon Maddox of Fancy Bits, makers of the Channels DVR service, says that in lieu of dedicated slo-mo buttons on streaming remotes, he would need to add an extra software menu that included frame-by-frame options. He’s not a fan of that approach.

“Rather than clunking up the user experience, we just don’t do features like that,” he said. “We like to only offer things if they fit in well.”

No frames to give

The underlying point here is that streaming services like YouTube TV and devices like Roku or Fire TV could support slow motion if they wanted to, but the demand doesn’t exist to justify it.

Keep in mind that streaming video is already a complicated endeavor. Whereas cable and satellite TV have standards that dictate how video gets packaged and delivered, streaming is a free-for-all in which every individual channel, subscription service, and streaming box can have its own way of handling video signals.

This helps explain not just the slo-mo issue, but many of the other gripes people have about streaming video, from latency to frame rates to wildly varying volume levels. Even support for visual thumbnail previews can be woefully inconsistent across streaming DVRs, and frame-by-frame replays just add another layer of complexity, one that no streaming service seems eager to take on.

“This is not necessarily a limitation of the video player that cannot be solved for,” Paula Winkel, director of marketing and research for Conviva, said via email. “But the consumer demand for slow-mo is not enough that streaming publishers are willing to invest [in] the technical capabilities or ongoing support to offer this feature.”

Dan Rayburn, a principal analyst with Frost and Sullivan, put it more bluntly.

“If it doesn’t benefit the business, help make more money, reduce churn, and increase retention, why would they do it?”

Short of some unprecedented surge in demand for slo-mo, add it to the pile of things you might need to sacrifice in service of saving money.

Sign up for Jared’s Cord Cutter Weekly newsletter to get this column and other cord-cutting news, insights, and deals delivered to your inbox.

Denial of responsibility! NewsUpdate is an automatic aggregator around the global media. All the content are available free on Internet. We have just arranged it in one platform for educational purpose only. In each content, the hyperlink to the primary source is specified. All trademarks belong to their rightful owners, all materials to their authors. If you are the owner of the content and do not want us to publish your materials on our website, please contact us by email – [email protected]. The content will be deleted within 24 hours.
best technology newsCordcuttingDoesntFansnews update technewsupdateslomosports

Simple is effective for Deepak Chahar