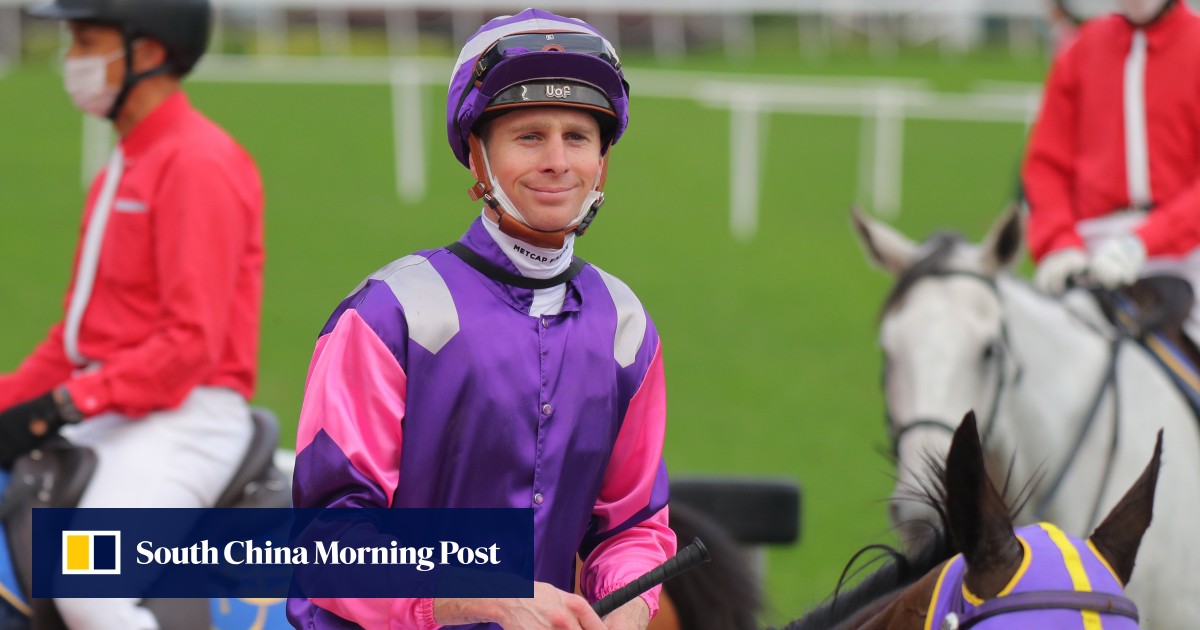 With Covid-related issues forcing Purton on Sunday and Bowman on Monday to give up their midweek engagements at the city circuit, Happy Valley debutant McNeil picked up the plum ride on Comet Splendido in the Class Three Hanshin Handicap (1,650m) that will wrap up the nine-race card.

Imported horse Comet Splendido broke his Hong Kong duck off the back of a meritorious runner-up result, justifying odds-on favouritism to prevail over the Happy Valley mile under Purton five weeks ago.

On Wednesday, imported jockey McNeil wants either Comet Splendido – or one of his other five midweek mounts – to help him go one better than the worthy second placing he posted on Yes We Can during his first Hong Kong meeting at Sha Tin on Saturday.

“I’ve watched his last couple of runs after picking up the ride. He looks my best chance for the night, and he’s drawn a good barrier, so I’m really excited to be on him,” said McNeil of Comet Splendido, who is one of three Hanshin Handicap-entered gallopers attempting to register back-to-back victories.

Even though McNeil did not kick off his Hong Kong career with a weekend win, he enjoyed competing in four of the 10 events on the Sha Tin programme.

“It was great. My best result was on Yes We Can. I felt as though I gave him every chance. The winner was extremely fast and nothing could catch it, but he rounded his race off fantastic,” McNeil said.

Whereas McNeil had the benefit of riding in trials at Sha Tin before contesting races there, the 2020 Melbourne Cup-winning jockey’s first taste of Happy Valley will come when he partners Travel Glory from one of the outside gates in the second section of the Class Five Fukushima Handicap (1,200m).

“I’ve seen Happy Valley, but I haven’t ridden there yet. Moonee Valley is pretty similar, except you’re going the other way,” said McNeil, whose 50 Group and Listed successes in Australia include five at Melbourne’s well-known tight-turning track.

As well as Comet Splendido and Travel Glory, McNeil is set to ride Management Folks, Colonel, Super Dobbin and Mr Ascendency on his Happy Valley bow.

Covid forces Bowman to join Purton on the sidelines

Mr Ascendency is one of the full field of runners for the Class Two Tokyo Handicap (1,650m), with the four-year-old chestnut preparing for his first start at Happy Valley after his 10 appearances at Sha Tin.

The Irishman is another Tokyo Handicap contender who has no Happy Valley form in the book, but Ruan Maia has great faith in the last-start Sha Tin winner.

“He’s a very smart horse, and I’m very happy to keep the ride. I believe [he can handle the Happy Valley track] because he has a beautiful action and he can travel nicely,” said Maia, who was aboard The Irishman when he defeated subsequent Class One Panasonic Cup (1,400m) winner Beluga on October 23.

Denial of responsibility! NewsUpdate is an automatic aggregator around the global media. All the content are available free on Internet. We have just arranged it in one platform for educational purpose only. In each content, the hyperlink to the primary source is specified. All trademarks belong to their rightful owners, all materials to their authors. If you are the owner of the content and do not want us to publish your materials on our website, please contact us by email – [email protected]. The content will be deleted within 24 hours.
best sports newsBowmancoughCOVIDCovid headaches for Zac Purton and Hugh Bowman cough up Splendido opportunity for Jye McNeilheadachesMcNeilnews update sports