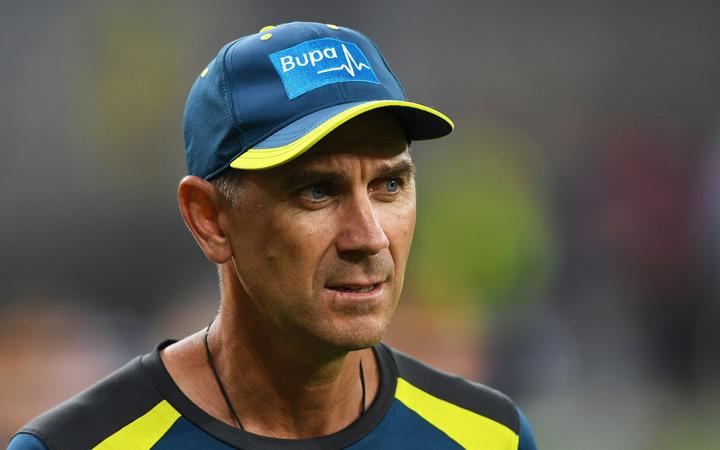 Cricket Australia is dismising media reports that the national men’s team coach Justin Langer had been involved in a “heated meeting” in which his future was discussed.

Multiple media outlets have reported that Langer “reacted angrily” when the prospect of his reapplying for the role was raised during the meeting with Cricket Australia CEO Nick Hockley and high-performance head Ben Oliver last week.

Appointed in the wake of the ball-tampering scandal in South Africa in 2018, Langer has held his position since, but his contract expires mid-year.

“While we do not comment on confidential conversations, we felt on this occasion it was important to correct the record,” CA said in a statement that conspiciously lacked any guarantee that Langer would continue in the job.

“Among other false claims, we reject outright the assertion that the meeting was fiery or heated and that Justin was asked to reapply for his job,” it said.

“Justin has always been contracted as Head Coach through to the middle of this year and we have consistently maintained that discussions around the future of the role would commence following the conclusion of the men’s Ashes series.”

Australia beat England 4-0 in the Ashes series that ended in January amid speculation over Langer’s future.

Media reports last year claimed that his intense approach did not sit well with the entire team.

But after such a comprehensive shellacking of England in the Ashes series, former England captain Michael Vaughan wondered what more Langer had to do to earn another contract.

“If it’s true the Coach of Australia has to reapply for his position when he has taken them to No 1 Test team in the World & the T20 World Cup champs in the last few months .. the landscape for success has hugely changed GǪ Isn’t it about Winning ?? !!!,” Vaughan tweeted.

Denial of responsibility! NewsUpdate is an automatic aggregator around the global media. All the content are available free on Internet. We have just arranged it in one platform for educational purpose only. In each content, the hyperlink to the primary source is specified. All trademarks belong to their rightful owners, all materials to their authors. If you are the owner of the content and do not want us to publish your materials on our website, please contact us by email – [email protected]. The content will be deleted within 24 hours.
Audioaustraliabest sports newsCricketCurrent AffairsdismissesHeatedLanger