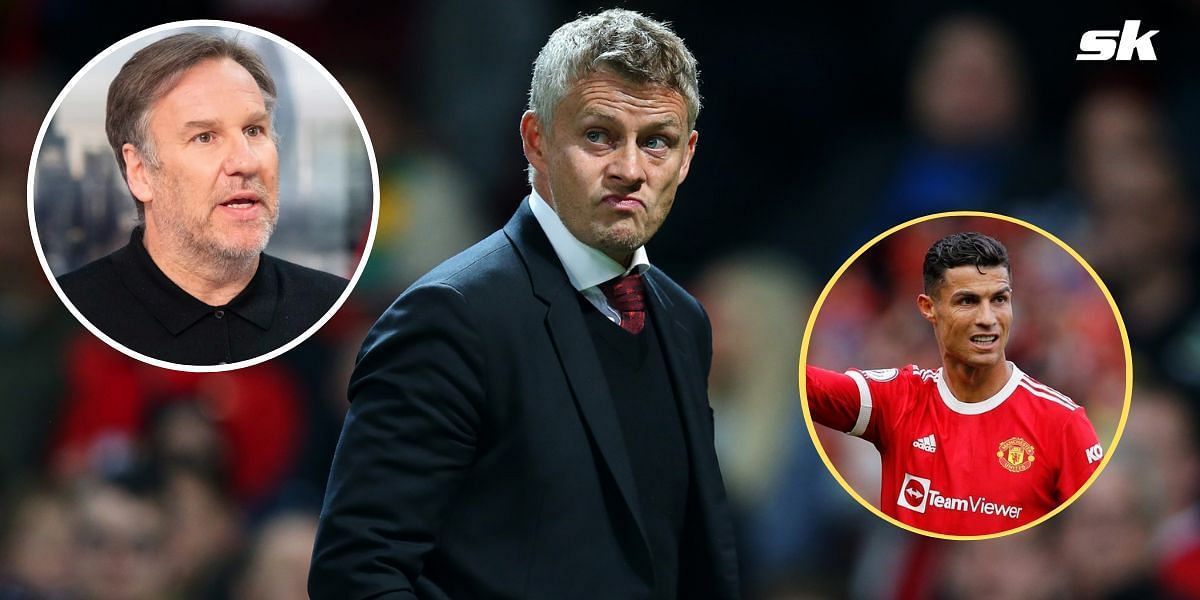 Former Premier League midfielder Paul Merson believes Ole Gunnar Solskjaer is at fault for not bringing the best out of Cristiano Ronaldo at Manchester United.

Ronaldo made a good start to his second stint at Manchester United, but has faltered of late. The Portuguese has failed to score in three of his last four games for the Red Devils across all competitions.

His poor form has put the spotlight on Solskjaer, who has failed to find the right setup so far this season. Manchester United’s attackers have failed to hit their stride, which has affected Ronaldo’s output.

Merson feels Solskjaer is to blame for the team’s overall lack of creativity and Ronaldo’s poor run. He added that the manager needs to tweak his system to get the best out of the Portuguese star.

“Cristiano Ronaldo doesn’t do anything up front, he just stands still because he cannot go past people anymore. United’s forward players are petrified, they just give Ronaldo the ball in hope more than expectation,” Merson said.

“To get the best out of Ronaldo he’s got to be given a completely free role, in the hole and then have the likes of Marcus Rashford or Mason Greenwood opening up the game ahead of him to give him the space he needs on the ball. But if you play him up front you have to accept that he is not going to run beyond.

“I wouldn’t blame Ronaldo, it’s the manager’s responsibility to adopt a system that gets him into the game. Ronaldo is the best in the business over five yards, he makes great runs, he’s just not getting the service. Jadon Sancho doesn’t cross the ball, Greenwood wants to come inside and shoot, Bruno Fernandes and Paul Pogba want to spray it around in the middle, and Ronaldo just isn’t getting the ball in the areas where he can hurt teams,” Merson added.

Time running out for Ole Gunnar Solskjaer at Manchester United

The Champions League clash against Atalanta on Wednesday night will be key as the Red Devils look to build some momentum ahead of their big league game against Liverpool on Sunday.

Solskjaer might have to think of the bigger picture and drop Cristiano Ronaldo in some of the big games considering his presence hinders their usual style of play.

It remains to be seen if Ronaldo will start the upcoming games against Atalanta and Liverpool.

Denial of responsibility! NewsUpdate is an automatic aggregator around the global media. All the content are available free on Internet. We have just arranged it in one platform for educational purpose only. In each content, the hyperlink to the primary source is specified. All trademarks belong to their rightful owners, all materials to their authors. If you are the owner of the content and do not want us to publish your materials on our website, please contact us by email – [email protected]. The content will be deleted within 24 hours.
best sports newsBlamesBossCristianoCristiano RonaldoDoesntEPL 2021-22Football

All of Our Favorite Couches are on Sale for Black Friday

A.J. Brown Ruled Out for Titans vs. Patriots Due to Chest,…