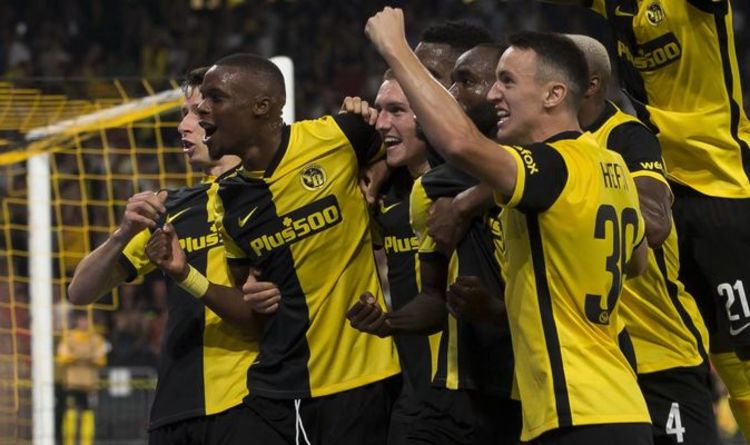 Cristiano Ronaldo has only been a Manchester United player for a few weeks, but already fans are completely and utterly enamoured by him once again. Ronaldo hardly had a tough gig in trying to win over the United fanbase, given his exceptional first spell at the club and near mythical current standing, and he hasn’t disappointed.

Having begun his second spell at the club with a brace in Saturday’s 4-1 win over Newcastle United in front of the adoring fans at Old Trafford, Ronaldo doubled down by scoring in Tuesday night’s Champions League tie against Young Boys in Switzerland.

The problem for him – and therefore, by extension his team – was that his arrival has not magically solved all of Ole Gunnar Solskjaer’s problems.

In fact, many of them remain, and were brutally exposed in an embarrassing 2-1 defeat by Young Boys in Switzerland.

In a night strangely reminiscent of their 3-2 defeat at RB Leipzig, which knocked them out of the competition last season in December, Ronaldo’s presence could not cure United’s ills.

On paper at least, a tie against Young Boys did not appear to be a too difficult campaign-opener for Solskjaer’s side.

But Aaron Wan-Bissaka’s red card after 35 minutes for a clumsy challenge, a vocal home support and plenty of endeavour by the opposition combined to make it extremely difficult.

First the good things: in Ronaldo, United have bought exactly what it said on the tin.

Ronaldo is no longer a flying winger who will charge up and down the flanks and terrorise defenders; he is, however, a very effective, instinctive and motivated penalty-box operator.

He showed his attributes against Newcastle, gobbling up a rebound and smashing another through the keeper’s legs, and he was at it again in Switzerland.

United’s opening goal owed much – OK, most – to Bruno Fernandes’ fantastic vision and technique on the outside of his right foot.

But it also needed Ronaldo to pull onto the Young Boys left-back, time his run to perfection and fire a finish through the goalkeeper.

It was a classic case of one chance, one goal. United went in at half-time 1-0 up and with just two shots on goal, both from Ronaldo.

Yet their problems at that other end of the pitch hadn’t dissipated and Wan-Bissaka’s clumsy touch and lunging challenge only exacerbated them.

The red card forced Solskjaer to act, first taking off Jadon Sancho for Diogo Dalot and then swapping the unfortunate Donny van de Beek for Raphael Varane at the break.

United retreated into their shell to try and hang onto what they had, but they only invited further pressure from the Swiss side.

After 66 minutes the inevitable happened as a cross from the right-hand side eluded Luke Shaw and Harry Maguire and was stabbed in at the near post by Nicolas Moumi Ngamaleu.

David Wagner’s side had a near monopoly on possession and, as good as he is at putting the ball in the net, Ronaldo is not the man for a backs-to-the-wall defending spree.

Solskjaer took the 36-year-old out of the frey for Jesse Lingard and United just about held on for dear life.

But having brought in Ronaldo and Sancho as their main two marquee signings, alongside Varane, there was an obvious point to be made by observers.

Many United fans have called for a new holding midfielder for some time and, as Young Boys dominated the ball and dragged United’s now five-man defence across the pitch, the calls only grew louder.

They were defeaning by the time Lingard played an inexplicable back-pass for Jordan Siebatcheu to score a dramatic winner in injury-time.

Ronaldo’s goals are all well and good. But United’s ability to shoot themselves in the foot could mean it is all for nothing.

Denial of responsibility! NewsUpdate is an automatic aggregator around the global media. All the content are available free on Internet. We have just arranged it in one platform for educational purpose only. In each content, the hyperlink to the primary source is specified. All trademarks belong to their rightful owners, all materials to their authors. If you are the owner of the content and do not want us to publish your materials on our website, please contact us by email – [email protected]. The content will be deleted within 24 hours.
Loading...
Loading...
best sports newsbigboysCristianoinstinctsKillerMannews update sports