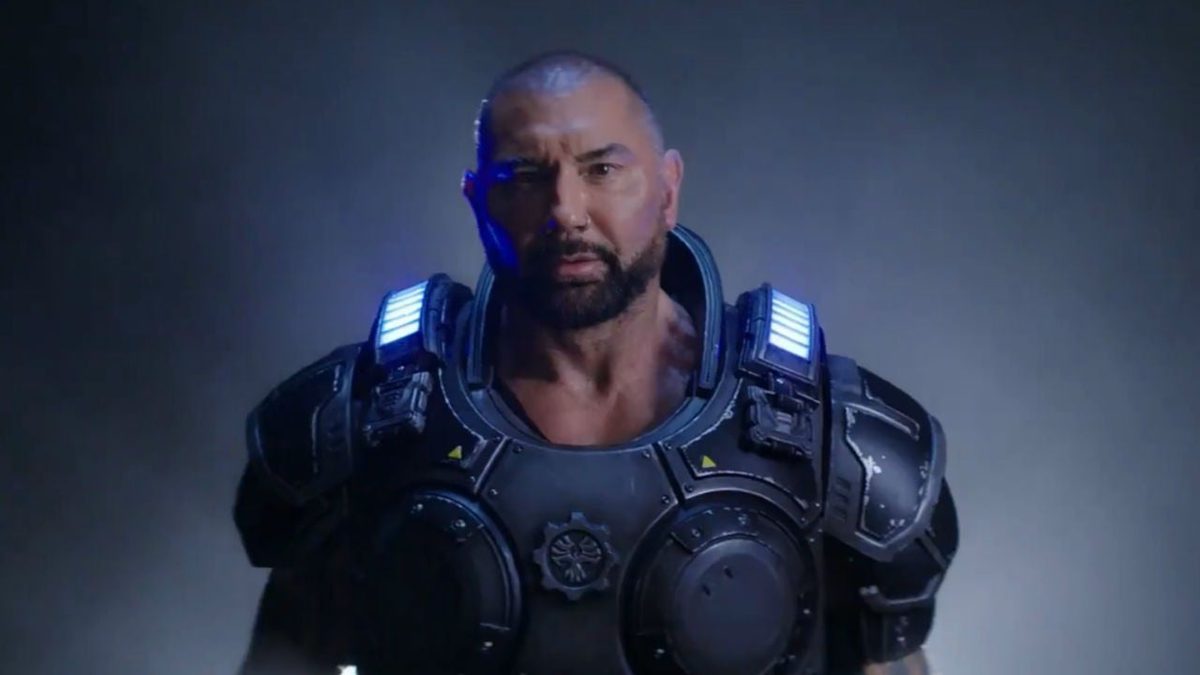 Dave Bautista Posts Video of Himself In Gears of War Armour: ‘I Can’t Make This Any Easier’

Dave Bautista really wants to be in Netflix’s Gears of War movie as the Guardians of the Galaxy star posted a video of himself in the game’s iconic armour on Twitter.

“I can’t make this any easier,” he said, tagging both Netflix and the official Gears of War Twitter account. The move is well timed given that Netflix announced the Gears of War film just a few days ago, alongside an adult animated series.

The footage isn’t brand new, however, as it comes from a 2019 Gears 5 trailer featuring Bautista after he was announced as a playable DLC character.

But the actor clearly thinks it’s the right time to pitch, once again, for the role of Marcus Fenix. He previously turned down a role in the Fast and Furious franchise in order to pursue the Gears of War movie, and has described Marcus Fenix as being his “dream role”.

“They wanted to talk to me about Fast and the Furious, and I said ‘I’m not interested, let’s talk about [Gears of War character] Marcus Fenix,’” he said at the time. He also commented that those creating the film “could give AF” about his desire to join the project, though it’s not stopped Bautista from continuing his campaign work.

A Gears of War movie has been in the works since at least 2007 but languished in development hell for much of that time. Several writers have joined and since left the project, with the movie changing hands from New Line to Universal and eventually making its way to Netflix.

Gears of War was originally released in 2006 on PC and Xbox and tells the story of a squad of troops embarking on a desperate final mission in an attempt to put an end to a war between humans and a race known as The Locust on a planet called Sera.

Ryan Leston is an entertainment journalist and film critic for IGN. You can follow him on Twitter.

Denial of responsibility! NewsUpdate is an automatic aggregator around the global media. All the content are available free on Internet. We have just arranged it in one platform for educational purpose only. In each content, the hyperlink to the primary source is specified. All trademarks belong to their rightful owners, all materials to their authors. If you are the owner of the content and do not want us to publish your materials on our website, please contact us by email – [email protected]. The content will be deleted within 24 hours.
armourBautistabest games newsDaveeasiergame updategames newsgears

‘Andor’ Is What Star Wars Was Meant to Be