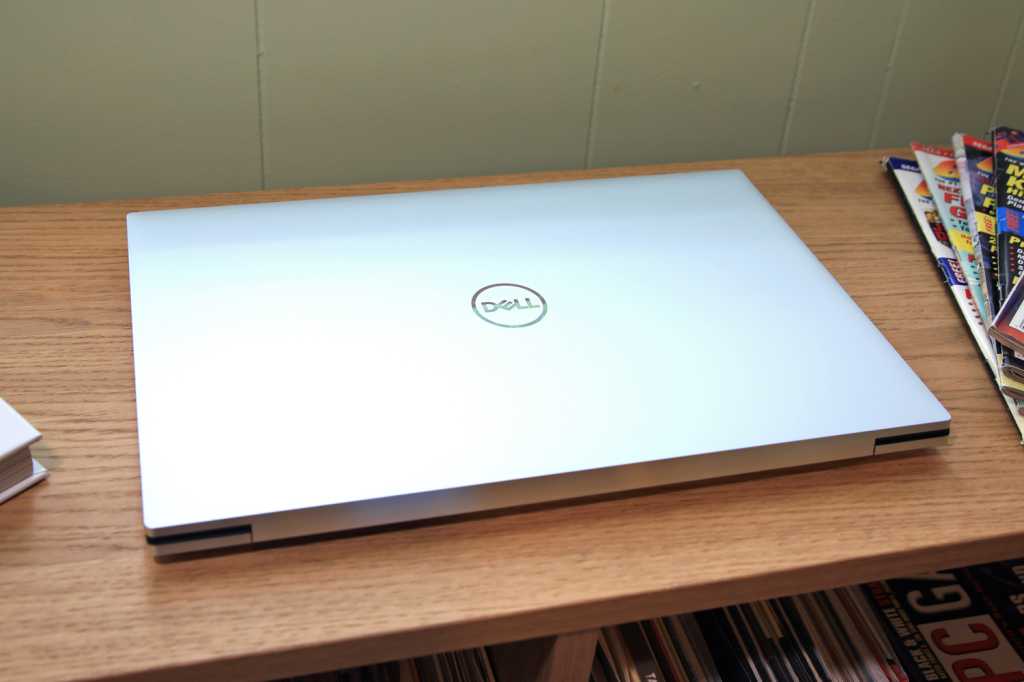 Dell wants your laptop to wirelessly charge your phone

Wireless charging isn’t particularly new — a number of chargers have offered this feature for years. Samsung can even charge another phone via its Wireless PowerShare feature. But laptops that can wirelessly charge your phone? That’s an entirely different story, and a problem that a new Dell patent hints that it could solve.

Even the best laptops have tons of flat, “unoccupied” space on their keyboard deck. Dell’s patent proposes using this space for charging a wireless device, like a phone.

The patent application (number 20220239124, as unearthed by Patently Apple and Ars Technica) doesn’t propose building wireless charging coils directly into the laptop itself. Instead, the wireless coils would be designed into a “sleeve” of some sort, which would slide over the outside of the laptop. A small power connector (reminiscent of the magnetic connectors used by Apple’s older MacBooks and the first Microsoft Surface devices) would power the sleeve, which would then power the phone or other wireless device.

The concept certainly seems intriguing enough, though some questions come to mind: first, how much power will the sleeve be able to deliver? Will consumers accept a smartphone that hangs over the side of the laptop, where it could easily slide off? For that matter, how easy would it be to type on a laptop with a smartphone crouched beneath your palms? The concept is easier to grasp if a user were to use a separate mouse and keyboard, repositioning the laptop as a smart display — but again, most laptop stands are designed to be tilted downwards, where the phone would slide off.

That’s not to say that Dell couldn’t solve those problems, though the patent application doesn’t indicate how that would occur. Remember, though, a patent application isn’t an indication that the patent will be granted, nor is it an indication that Dell will ever bring this concept to market. But the question it asks is an interesting one: Can we do something to make the big slab of open palm rest space more practical on laptops?

Denial of responsibility! NewsUpdate is an automatic aggregator around the global media. All the content are available free on Internet. We have just arranged it in one platform for educational purpose only. In each content, the hyperlink to the primary source is specified. All trademarks belong to their rightful owners, all materials to their authors. If you are the owner of the content and do not want us to publish your materials on our website, please contact us by email – [email protected]. The content will be deleted within 24 hours.
best technology newschargeDelllaptopnews update technewsupdatephonetech news