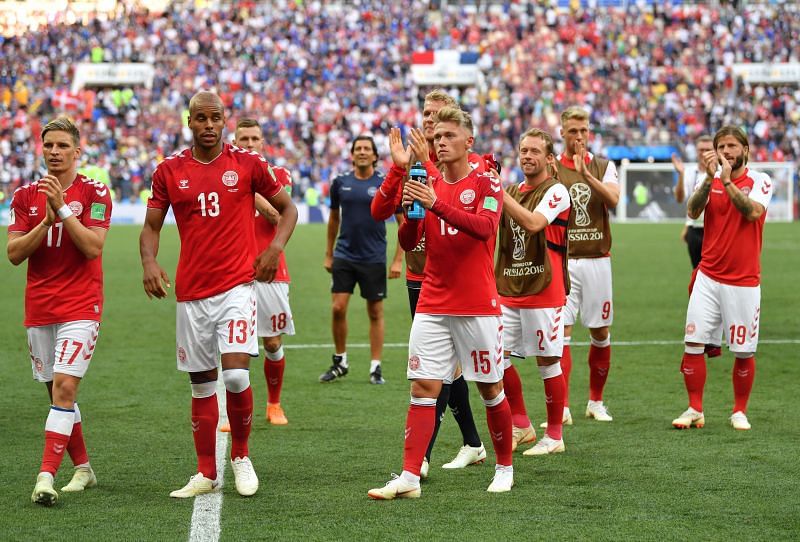 Denmark will look to enter the Euros with a win when they take on Bosnia in an international friendly scheduled to take place on Sunday.

The Red and White are dark horse candidates to win the Euros, having only lost two of their last 25 games.

The Danes drew 1-1 with Germany in their last match. Florian Neuhaus opened the scoring for the 2014 World Cup winners in the 48th minute, but RB Leipzig forward Yussuf Poulsen equalized in the 71st minute against the run of play.

Bosnia failed to qualify for the Euros 2020, finishing in the 4th spot in their group in the qualifiers.

The Dragons played France in their last competitive fixture on Matchday 3 of the World Cup Qualifiers. They lost the tie 1-0, Antoine Griezmann’s 60th minute goal settling the match. They recently drew 0-0 with Montenegro in a friendly match.

Bosnia have the upper hand in this fixture with three wins out of five games played. Denmark have one victory and one game ended in a draw.

Denmark and Bosnia last played each other in a friendly in 2016, with the game ending in a 2-2 scoreline. Simon Kjaer and Vicktor Fischer’s goals gave the Danes the lead, but Milan Djuric’s brace in the second-half helped the Bosnians secure a draw.

Andreas Christensen, who was rested for the game against Germany after his Champions League triumph with Chelsea, returns to the fold for Denmark.

Kasper Hjulmand will have all players available for selection for the game against Bosnia.

FC Schalke captain and former Arsenal player Sead Kolasinac and AC Milan’s Rade Krunic have been ruled out with injuries. Veteran players Edin Dzeko and Miralem Pjanic have been surprisingly left out of Bosnia’s squad.

Denmark have a significantly better starting lineup than Bosnia, and Sunday’s game should be a cakewalk for Kasper Hjulmand’s men. The Danes are looking for a confidence boosting win going into the Euros, and their game against Bosnia presents the perfect opportunity to do so.

Denial of responsibility! NewsUpdate is an automatic aggregator around the global media. All the content are available free on Internet. We have just arranged it in one platform for educational purpose only. In each content, the hyperlink to the primary source is specified. All trademarks belong to their rightful owners, all materials to their authors. If you are the owner of the content and do not want us to publish your materials on our website, please contact us by email – [email protected]. The content will be deleted within 24 hours.
Loading...
Loading...
best sports newsBosniaBosnia and Herzegovina FootballChristian EriksenDenmarkDenmark FootballEdin DzekoFootball

NED vs UKR LIVE in Euro 2020, Watch Netherlands vs Ukraine…