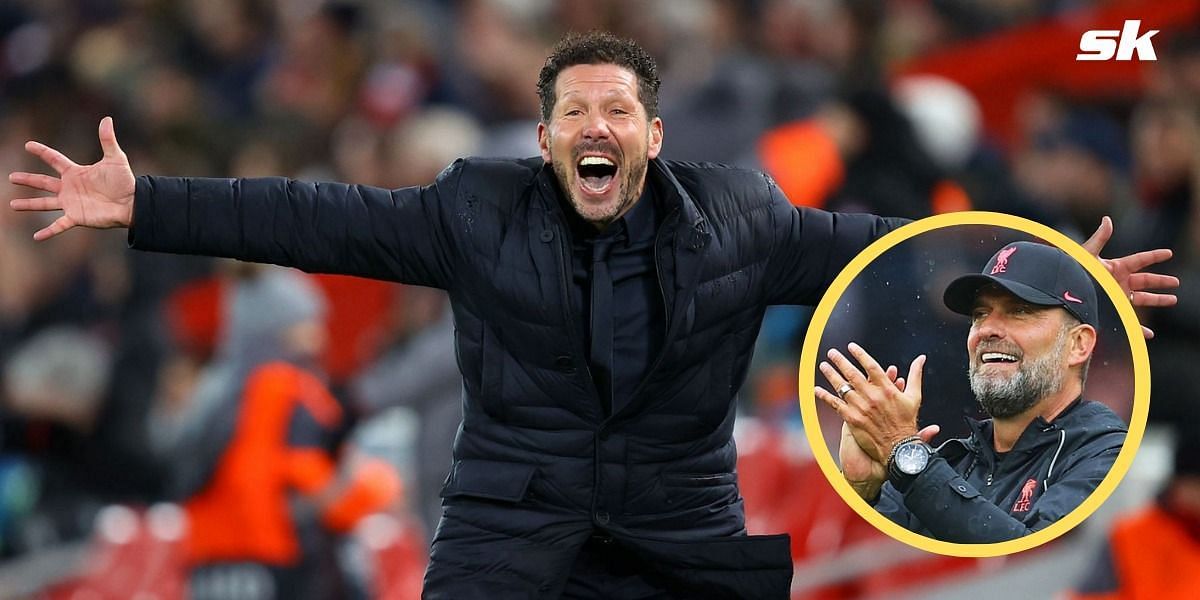 Liverpool and Atletico Madrid are set to lock horns in their third Champions League game of the season this evening. Ahead of the highly anticipated encounter, Reds manager Jurgen Klopp has spoken in high regard of his counterpart Diego Simeone.

“Simeone is doing absolutely everything right, Spanish champions, at Atletico for a very long time and a bunch of world-class players, keeps them on their toes, I respect what they do.”

Liverpool boss Jurgen Klopp was full of praise for opposite number Diego Simeone and the ‘quality’ job he has done at Atletico Madrid.

Liverpool boss Jurgen Klopp was full of praise for opposite number Diego Simeone and the ‘quality’ job he has done at Atletico Madrid. https://t.co/fyXQiDAX35

Recall that Jurgen Klopp criticized Diego Simeone and Atletico Madrid for not playing ‘proper football’ when the two sides met in the Champions League round of 16 in 2019-20. The German also reflected on those comments, maintaining that he doesn’t like Atletico’s style but respects them for their success.

“Do I like it? Not too much but I like a different style of football. I don’t have to like it, it just has to be successful but, in very difficult times for football clubs, they have done an impressive job with signings, have a proper team and look for me like the champions again in La Liga. What I said was for sure influenced by the mood I was in one and a half years ago.”

“First and foremost I said after the second game that I was angry and disappointed about life a little bit, that things go wrong in the world and we have to focus on football and then we played a team full of world class players who defended with all they have,” added the Liverpool boss.

How Liverpool and Atletico Madrid have fared this season

It promises to be a huge encounter as Atletico Madrid prepare to welcome Liverpool to the Wanda Metropolitano for their third Champions League game of the season. Both sides will be looking to earn an important victory to bolster their chances of progressing into the knockout phase.

Jurgen Klopp’s men come into this fixture as the better side, having won their two games in the tournament so far. They currently sit atop the table in Group B and have been impressive at domestic level, ranking second in the Premier League table with 18 points in eight games.

Atletico, meanwhile, have also had a fairly decent campaign so far. The Rojiblancos occupy second spot in Group B of the Champions League with four points, having claimed one victory and one draw from their two games so far. Diego Simeone’s men rank fourth in the Liga table, with 17 points in eight games.

Denial of responsibility! NewsUpdate is an automatic aggregator around the global media. All the content are available free on Internet. We have just arranged it in one platform for educational purpose only. In each content, the hyperlink to the primary source is specified. All trademarks belong to their rightful owners, all materials to their authors. If you are the owner of the content and do not want us to publish your materials on our website, please contact us by email – [email protected]. The content will be deleted within 24 hours.
AbsolutelyaheadAtleticoAtletico Madrid Footballbest sports newsBosschampionsclash