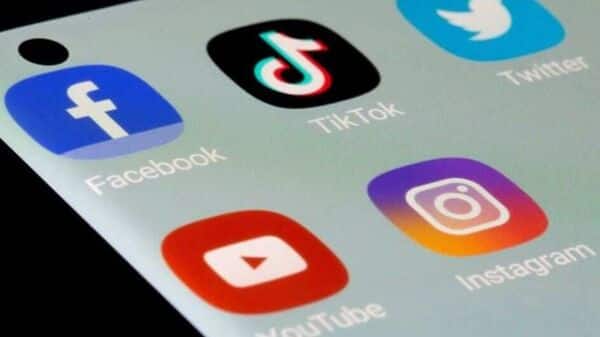 A round of tech earnings last week made it starkly clear that the Covid-led surge in digital advertising has begun to ease. The slowdown was caused by a confluence of events, including inflation fears, supply-chain shortages, the war in Ukraine, a gradual return to normalcy two years into the pandemic, the continued rise of TikTok and Apple Inc.’s recent privacy changes.

“We have not seen a collective set of headwinds for advertisers like this since the early 1980s,” said Michael Nathanson, an analyst at MoffettNathanson.

The three largest digital-advertising players in the U.S.—Google parent Alphabet Inc., Facebook parent Meta Platforms Inc. and Amazon.com Inc.—last week said ad revenue in the first three months of 2022 grew by 22%, 6.1% and 23%, respectively, from a year earlier—down sharply from the 50%-plus increases they experienced at some point last year. Facebook’s overall revenue growth was the slowest it ever posted since going public in 2012.

“Digital is holding on to its gains, but is not growing as quickly as it grew during the pandemic,” Mark Read, the chief executive of the world’s largest ad-holding company, WPP PLC, said in an interview last week.

The Big Three’s rapid growth during the pandemic further cemented their dominance of the advertising market. The year 2020 marked the first time Google, Facebook and Amazon collected the majority of all ad spending in the U.S.

Representatives for Google, Meta and Amazon had no comment.

In the early days of the pandemic, consumers spent more time on computer screens and did more shopping online, but their behaviors are returning to more normal patterns as Covid-19 fears wane.

“After the start of Covid, the acceleration of e-commerce led to outsized revenue growth, but we’re now seeing that trend back off,” Meta CEO Mark Zuckerberg said during a call with analysts last week to discuss first-quarter results.

Global digital ad spending is expected to grow by 13% this year, excluding political ad dollars, a significant slowdown from the 30% leap it took last year, according to WPP unit GroupM, one of the world’s largest ad buyers. Digital advertising has been growing at a much faster pace than advertising on other platforms—from TV to newspapers—and is expected to account for 67% of total global ad spending this year, GroupM said.

“Once you are two-thirds of the industry, it’s really hard to grow,” said Brian Wieser, GroupM’s global president of business intelligence.

Both Meta and Alphabet cited the war in Ukraine as one of the contributors to the revenue slowdown. The war had “an outsize impact on YouTube ads relative to the rest of Google,” Alphabet Chief Financial Officer Ruth Porat said during the company’s earnings call last week. The company said it saw a related reduction in spending primarily by brand advertisers in Europe. Meta said the war caused a reduction in ad demand, both within Europe and outside the region.

On Wednesday, Meta announced a sharp slowdown in hiring.

The slower growth comes at a particularly vulnerable moment for the digital-ad business, which is trying to cope with the fallout from mobile ad-tracking changes that Apple introduced last year that make it harder for advertisers to target consumers and measure the efficacy of their ads.

The change has hobbled the digital-advertising model and continues to be a pain point, causing many small and e-commerce companies to diversify their spending across a larger swath of players. Last quarter, Meta warned that the changes would cost the company some $10 billion in 2022.

TikTok’s global ad revenues are expected to triple this year to $11.6 billion—helping it surpass the combined sales of rivals Twitter Inc. and Snap Inc., according to Insider Intelligence. The research firm expects Twitter and Snapchat to generate $5.58 billion and $4.86 billion, respectively, in ad revenue this year.

Google and Meta are rushing to ramp up their TikTok-like offerings. Both companies talked up their nascent short-video services—Shorts and Reels—during their first-quarter calls with analysts.

Twitter and its $4.5 billion ad business could be vulnerable in the wake of Elon Musk’s $44 billion pending takeover of the San Francisco-based company, ad buyers said. Some brands could ditch the service if Mr. Musk’s push to make Twitter a more open platform causes the amount of misinformation and other controversial content to rise, ad buyers said.

Twitter has reached out to some advertisers to reassure them that the company is committed to brand safety, according to an email seen by The Wall Street Journal. The email was earlier reported by the Financial Times.

Denial of responsibility! NewsUpdate is an automatic aggregator around the global media. All the content are available free on Internet. We have just arranged it in one platform for educational purpose only. In each content, the hyperlink to the primary source is specified. All trademarks belong to their rightful owners, all materials to their authors. If you are the owner of the content and do not want us to publish your materials on our website, please contact us by email – [email protected]. The content will be deleted within 24 hours.
ad revenueadvertising growthAmazonbest technology newsdigital-adDigitaladFacebookGiants

Fortnite is playable through Xbox Cloud Gaming for free