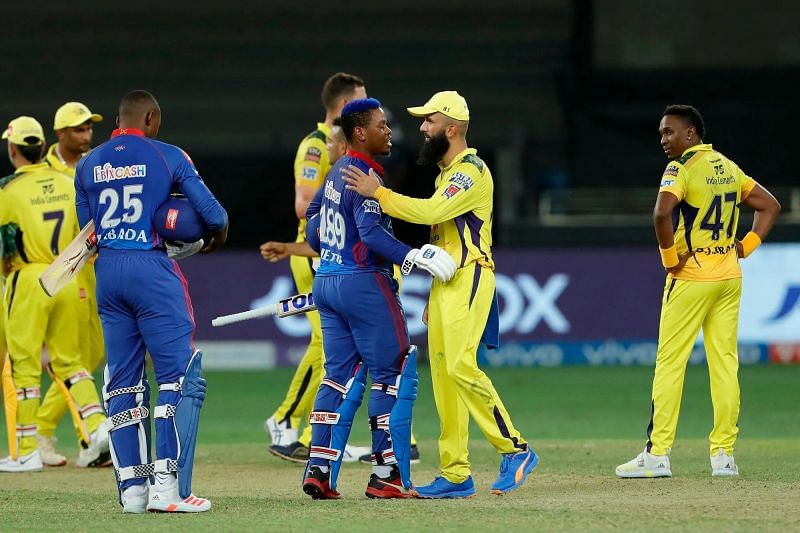 “Disappointed by shot selection of most of DC batsmen”- Virender Sehwag

Virender Sehwag was disappointed with the way the Delhi Capitals (DC) batsmen threw their wickets away against the Chennai Super Kings (CSK) on Monday.

Needing just 136 runs to win the game, DC did get off to a great start and at one stage the equation was down to just a run-a-ball. However, the likes of Rishabh Pant threw their wicket away trying to hit unnecessary big shots.

Sehwag feels that in such low-scoring games, it is important to keep wickets in hand. Speaking to Cricbuzz, here is what Virender Sehwag had to say:

“I am disappointed with the shot selection of most of the DC batsmen. When there is a low-scoring game, you can have the control on the match by having a good shot selection and by not losing too many wickets.”

“The DC management and coaching staff will need to have a look at the shot selection of their team. If you needed 6 runs off 6 balls, there is no need to hit boundary when you can end the game by easily taking singles. If DC want to be champions they need to play like champions and not take such games into tight situations. They might have to play CSK again in the final and it will be at this venue only.”

Ashish Nehra was baffled by Steve Smith’s exclusion from DC’s playing XI. He feels that although Smith hasn’t had the desired impact yet in IPL 2021, he can be of great help in such low-scoring run-chases.

“If Gowtham would have taken that catch, then more or less the game was over for DC. They should either win the toss and bat first, or look to play someone like a Steve Smith. He has played some irresponsible shots but his experience will be key in such run-chases ahead of the likes of Lalit Yadav,” Ashish Nehra asserted.

While DC have almost sealed their place in Qualifier 1, CSK will have one more shot of making it there against the Punjab Kings.

Denial of responsibility! NewsUpdate is an automatic aggregator around the global media. All the content are available free on Internet. We have just arranged it in one platform for educational purpose only. In each content, the hyperlink to the primary source is specified. All trademarks belong to their rightful owners, all materials to their authors. If you are the owner of the content and do not want us to publish your materials on our website, please contact us by email – [email protected]. The content will be deleted within 24 hours.
Batsmenbest sports newsChennai Super KingsCricketdelhi capitalsDisappointedIPL 2021ipl 2021 news