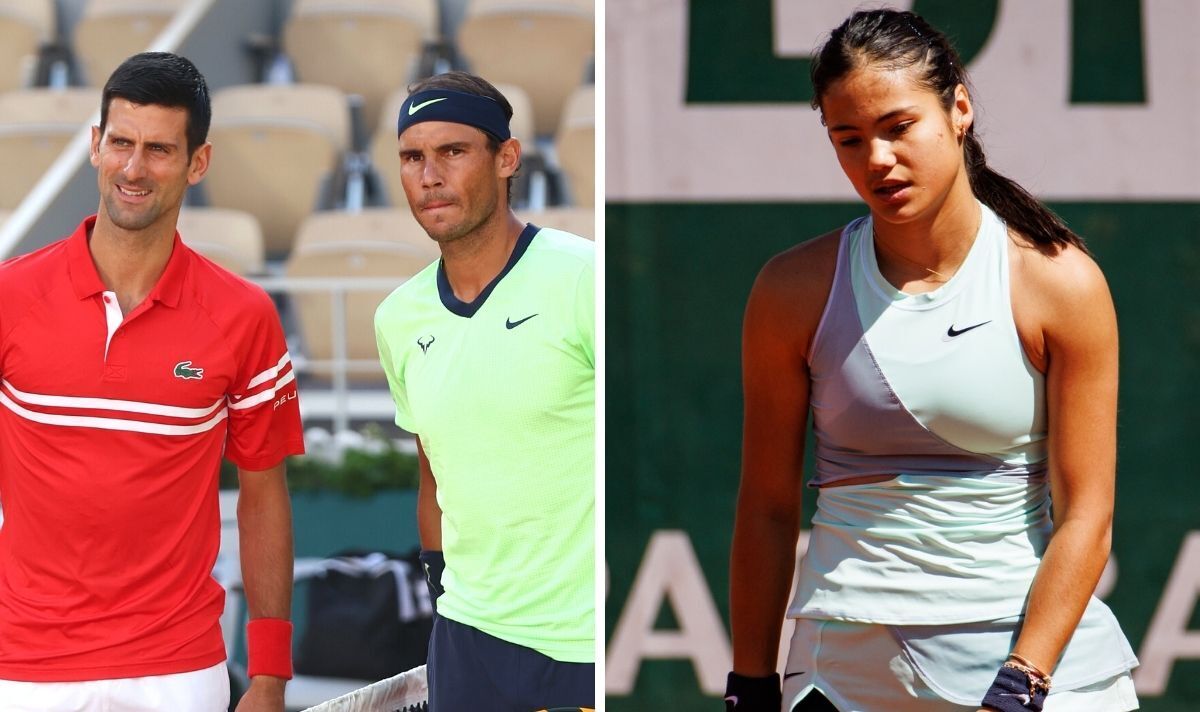 The first week of the French Open is all wrapped up and the start of the second has already started, with all of the round-of-16 matches played and the quarter-finals decided. The last-eight has thrown up a long-awaited 59th meeting between Novak Djokovic and Rafael Nadal – their first match since the world No 1 upset the 13-time champion in the semi-final last year.

Carlos Alcaraz is also through to the quarter-final in the same half of the draw after both he and his next opponent Alexander Zverev saved a match point each to avoid an early exit in the second round. There is even more teenage success in the draw with 19-year-old Holger Rune, 18-year-old Coco Gauff and 19-year-old Leylah Fernandez also into the quarter-finals.

But Emma Raducanu won’t be joining her fellow teens in the last-eight as she suffered an early exit to Aliaksandra Sasnovich in the second round, though she will now be starting her grass-court season early as a result.

Express Sport takes a look at the biggest stories from the French Open over the last week.

Djokovic and Nadal will meet for the 59th time in their careers in Tuesday’s quarter-final, and the first time since the Serb ousted the ‘King of Clay’ in last year’s semi-final. Ahead of their clash, there had been anticipation over the time slot they would receive on Court Philippe-Chatrier with Nadal better in the warm daytime conditions, admitting he didn’t like the new night sessions, while Djokovic wanted to play in the evening.

And things swung in the Serb’s favour as the match received night session billing for 8.45pm local time. Ahead of the clash, Nadal has admitted it could be his last-ever match as he continues to struggle with his Mueller-Weiss syndrome – the chronic foot injury that caused him trouble as recently as two weeks ago – as he said: “Being honest, every match that I play here, I don’t know if it’s going to be my last match here in Roland Garros, in my tennis career.”

JUST IN: Nadal has ‘never felt’ like the ‘King of Clay’ despite 13 French Opens

Daniil Medvedev could not join in on the quarter-final action as he crashed to a straight-sets loss to Marin Cilic on Monday night. The world No 2 had not dropped a set heading into his showdown with the Croatian.

But he failed to win a single one against Cilic in their fourth-round tie in a blow to his hopes of regaining world No 1 status from Djokovic. Medvedev had been in line to face Andrey Rublev in the quarters.

Alcaraz isn’t the only teenager enjoying success at the French Open this year. 19-year-old Holger Rune – making his French Open debut this fortnight – upset fourth seed and last year’s runner-up Stefanos Tsitsipas 7-5 3-6 6-3 6-4 in Monday’s fourth round. And there are two teenagers into the quarter-finals in the women’s draw too.

18-year-old Coco Gauff is through to the quarter for a second successive year while Raducanu’s US Open final opponent Leylah Fernandez, 19, has also made it to the last-eight in the bottom half of the women’s draw. It marks the second Grand Slam quarter-final appearance for both teenagers, who are the first teens to reach two Major quarters since Caroline Wozniacki in 2010.

Denial of responsibility! NewsUpdate is an automatic aggregator around the global media. All the content are available free on Internet. We have just arranged it in one platform for educational purpose only. In each content, the hyperlink to the primary source is specified. All trademarks belong to their rightful owners, all materials to their authors. If you are the owner of the content and do not want us to publish your materials on our website, please contact us by email – [email protected]. The content will be deleted within 24 hours.
AlcarazAvoidsbest sports newscrashesDjokovicearlyexitNadal

google: Google shuts down this messaging feature for businesses in India – Times of India