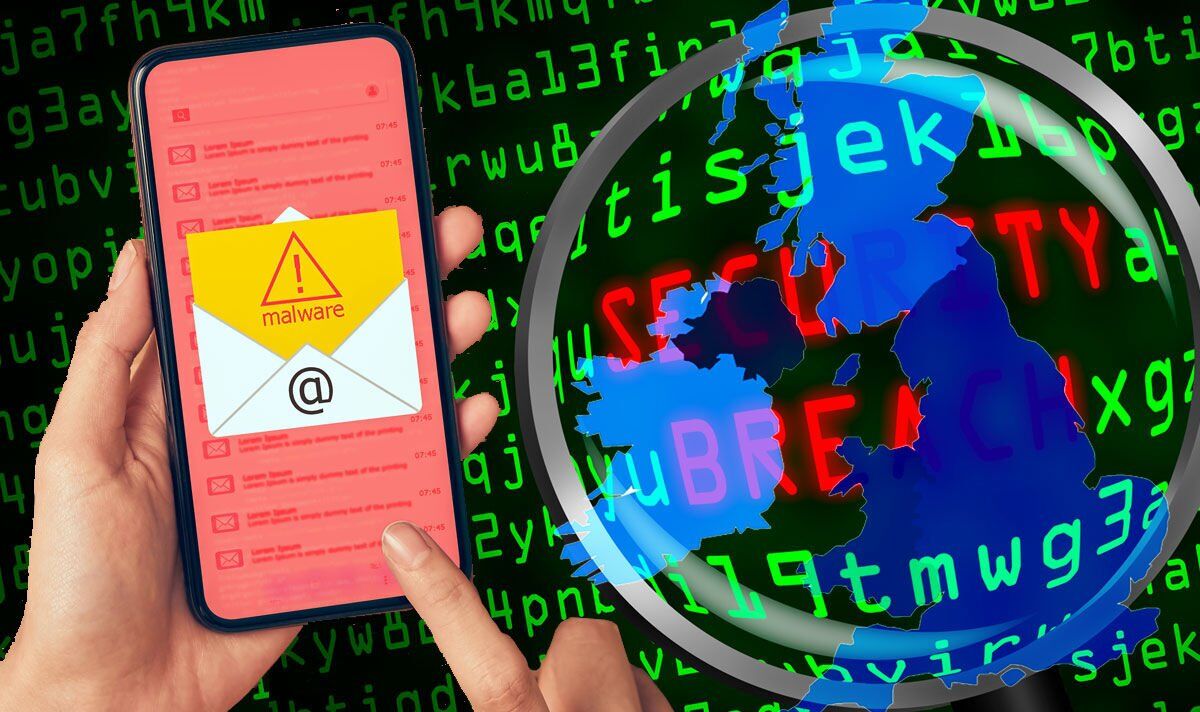 Do you live in a cyber crime hotspot? Worst areas of UK exposed and who is most at risk

New research has uncovered the areas in the UK that are most at risk from cyber crooks and it’s seriously bad news if you live in Wales. The study, by Ocean Finance, found Wales is the biggest cybercrime hotspot in the UK, with 1,267 people falling victim to such cons in 2021 and losing on average a whopping £3,314.

In total, a staggering £4.2million was lost to cybercrime in the region.

Victims were mainly targeted by social media and email hacking which accounted for 53 percent of all reported cybercrime.

Hacking extortion was the second most widespread type of crime in Wales which led to losses in excess of £50,000.

The second most targeted region was the North West, where victims on average lost £1,423 per cybercrime.

London, meanwhile, was the third biggest cybercrime hotspot. While there were more victims in the capital compared to Wales and the North West, the average amount of money lost per victim was less.

The research’s findings were based on Freedom of Information (FOI) requests that were sent out to all UK police forces.

In the study online, Ocean Finance’s Helen Fox said: “We discovered that 28,943 cybercrimes were reported across the UK in 2021, averaging 79 incidents per day.

“Although fewer incidents of fraud were reported in 2021 compared to 2020, the increasing prevalence of cybercrime in those incidents suggests a growing shift towards fraudulent activity online.”

If you’re wondering whether you are living in an area most at risk from cybercrime, then here are the hotspots in descending order…

The research found almost three in five cybercrime victims in the UK were women, while those aged between 20 and 29 were most likely to be targeted by online crooks.

To help people stay safe from the rising threat of cybercrime, Ocean Finance offered some top tips to stay safe.

– Don’t interact with emails and texts from unknown senders: If you receive a message from a sender you don’t recognise that looks suspicious it’s best to stay clear of it. If you do end up clicking on it by accident just be sure not to click on any attachments or links to external website

– Use strong, random and unique passwords for each account: Avoid reusing passwords across multiple accounts, even though it is easier to remember logins this way. Also with your passwords use a variety of lowercase, uppercase, numbers and special characters

– Keep computer software and apps up to date: Make sure your apps and operating system software is up-to-date. Having latest patches installed will help address flaws hackers have been taking advantage of

– When in doubt, contact the company directly: If you do all your due diligence but still aren’t sure if a text, email or call you received is genuine simply contact the company in question directly. While this will take extra time it will save you a lot more in the time that would be lost – and the stress caused – if you did fall victim to a scam

Denial of responsibility! NewsUpdate is an automatic aggregator around the global media. All the content are available free on Internet. We have just arranged it in one platform for educational purpose only. In each content, the hyperlink to the primary source is specified. All trademarks belong to their rightful owners, all materials to their authors. If you are the owner of the content and do not want us to publish your materials on our website, please contact us by email – [email protected]. The content will be deleted within 24 hours.
Areasbest technology newscrimeCyberEXPOSEDhotspotLivenews update tech