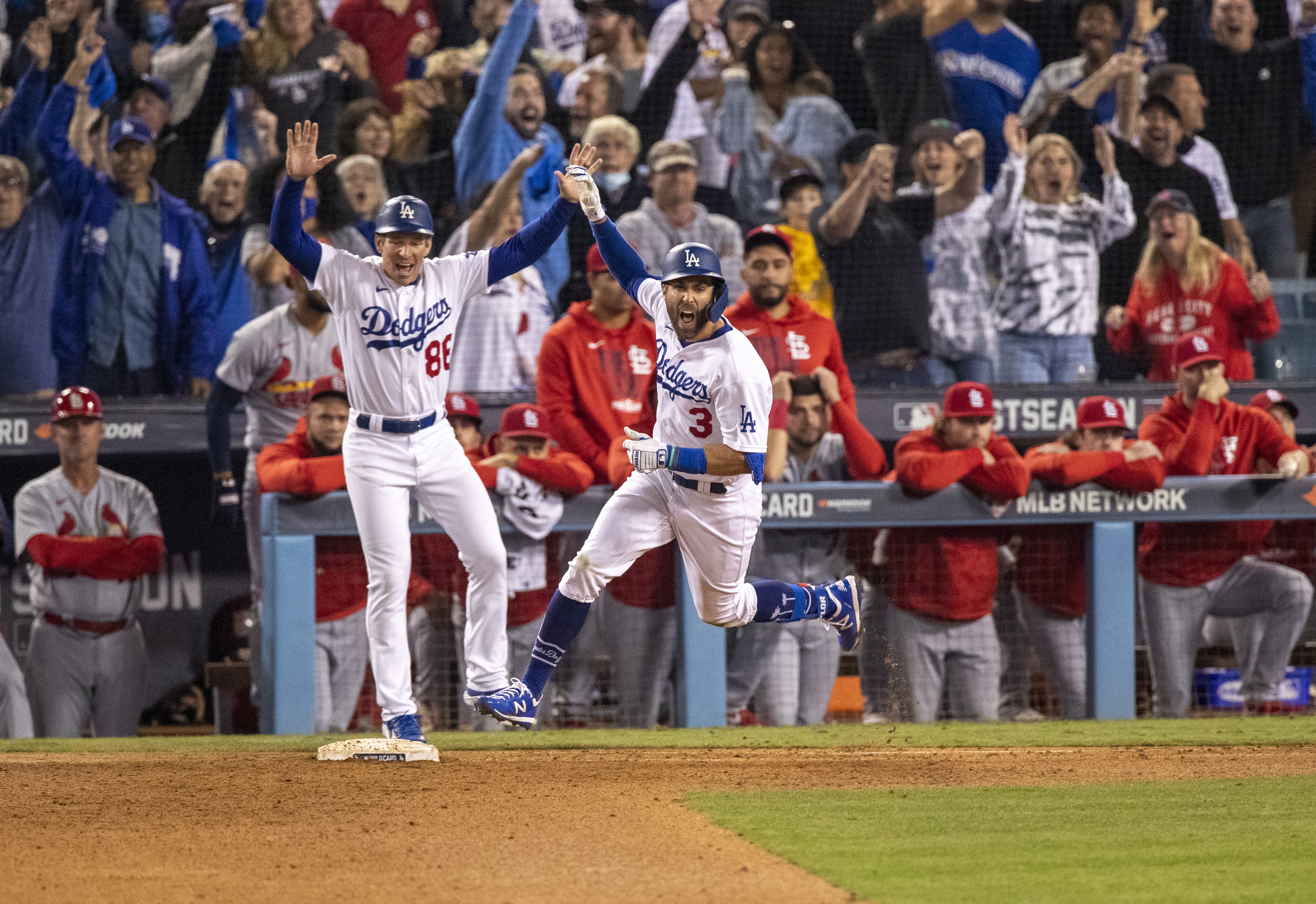 Dodgers’ Chris Taylor ‘Was Just Trying to Hit a Single’ on Walk-Off HR vs. Cardinals

There’s a baseball theory that says when a player tries to hit a homer, they are more likely to make a mistake in the batter’s box.

It’s a good thing for the Los Angeles Dodgers that Chris Taylor went into his at-bat in the bottom of the ninth against the St. Louis Cardinals in Wednesday’s National League Wild Card Game just looking to get a hit.

“Honestly, I was just trying to hit a single,” Taylor told reporters after hitting a walk-off two-run homer to give the Dodgers a 3-1 win. “He gave me a good slider to hit, and I was able to get it up in the air.”

A single probably would have won the game because Cody Bellinger was on second base with one out, but a walk-off homer in a win-or-go-home playoff game is no less dramatic.

Dodgers manager Dave Roberts didn’t include Taylor in the starting lineup against the Cardinals. He took over for AJ Pollock as a defensive replacement in left field in the seventh inning.

Taylor was an unlikely hero for the Dodgers. The 31-year-old was named to his first All-Star team this season but slumped in the second half with a .223/.290/.419 slash line.

Cardinals reliever Alex Reyes had the right approach during the at-bat. Per Baseball Savant, Taylor had a .195 batting average and 42.9 whiff percentage against sliders during the regular season.

But Reyes left his final slider hanging over the middle of the plate. Taylor was able to put the barrel of the bat on the ball, sending the Dodgers into a National League Division Series showdown with the San Francisco Giants.

Denial of responsibility! NewsUpdate is an automatic aggregator around the global media. All the content are available free on Internet. We have just arranged it in one platform for educational purpose only. In each content, the hyperlink to the primary source is specified. All trademarks belong to their rightful owners, all materials to their authors. If you are the owner of the content and do not want us to publish your materials on our website, please contact us by email – [email protected]. The content will be deleted within 24 hours.
best sports newsCardinalsChrisDodgershitnews update sportsnewsupdatesingle

Virgin Media users can upgrade to new router with faster…