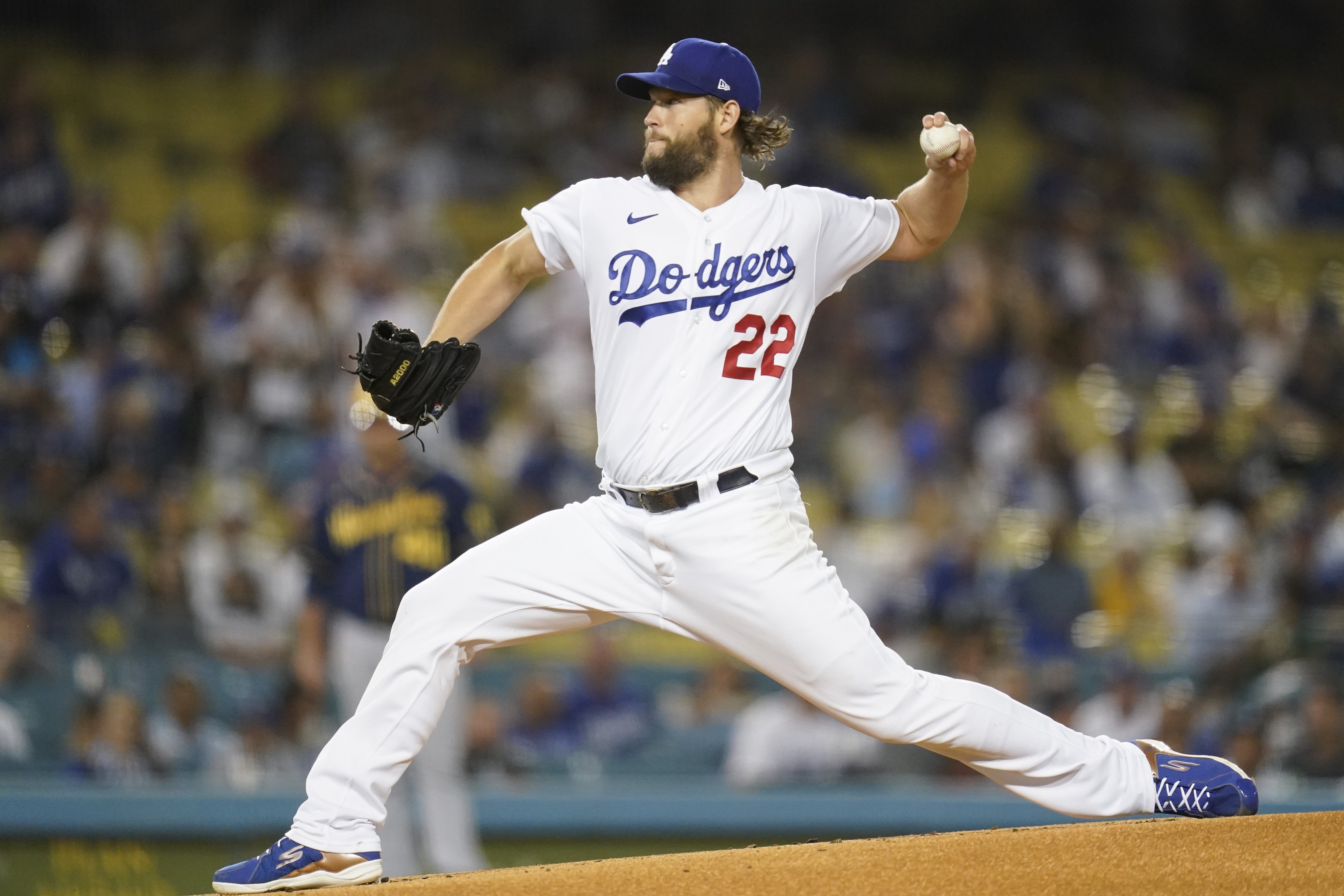 Los Angeles Dodgers manager Dave Roberts confirmed to reporters Tuesday that starting pitcher Clayton Kershaw will miss the entirety of the 2021 postseason with his forearm injury.

He added that Kershaw didn’t suffer any ligament damage.

On Oct. 2, the Dodgers placed the 33-year-old on the 10-day injured list with left forearm discomfort. That occurred one day after he was pulled in the second inning of his team’s 9-6 win over the Milwaukee Brewers.

Kershaw, who spoke with manager Dave Roberts and a team trainer regarding his ailment before leaving the mound, provided an update after the game, per ESPN’s Alden Gonzalez:

On that day, Roberts told reporters that Kershaw would undergo testing Monday and the team would be proceeding as if he was out for the year, per Fabian Ardaya of The Athletic.

That proved to be the Texan’s last regular-season start.

He went 10-8 with a 3.55 ERA and 144 strikeouts in 122.1 innings. His 14th MLB season was an injury-shortened one that included an injured-list stint from July 7 to September 13 due to elbow inflammation.

In his absence, the Dodgers turned to left-hander David Price to fill his spot in a rotation that also includes Walker Buehler, Max Scherzer and Julio Urias.

Kershaw is destined for the Baseball Hall of Fame. He’s a three-time National League Cy Young award winner who also took home the 2014 NL MVP after leading MLB in victories (21) and ERA (1.77).

Denial of responsibility! NewsUpdate is an automatic aggregator around the global media. All the content are available free on Internet. We have just arranged it in one platform for educational purpose only. In each content, the hyperlink to the primary source is specified. All trademarks belong to their rightful owners, all materials to their authors. If you are the owner of the content and do not want us to publish your materials on our website, please contact us by email – [email protected]. The content will be deleted within 24 hours.
best sports newsClaytonDodgersForearminjuryKershawnews update sportsnewsupdate

Dodgers-Cardinals: A look at the National League wild-card matchup