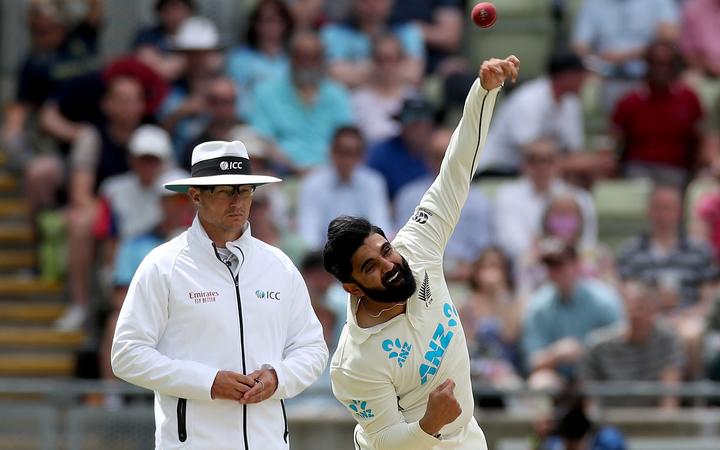 The player without a contract for next summer could hold the key to the Black Cap’s chances in the World Test Championship Final against India.

Ajaz Patel has been selected as the only spinner in New Zealand’s 15-man squad for the final that starts in Southampton on Friday night.

Spinning all-rounder Mitchell Santner is one of five players who will leave the squad following the two-Test series against England.

Patel has been selected as the specialist spinner, with Colin de Grandhomme the all-rounder and Will Young the specialist batting cover, while Tom Blundell is the back-up wicket-keeper.

32 year old Patel, who has played nine Tests and two T20 internationals, was not given a New Zealand Cricket contract for next summer.

The other four players who drop out of the original 20-player touring party are Doug Bracewell, Jacob Duffy, Daryl Mitchell and Rachin Ravindra.

“We’ve gone with Ajaz as our specialist spinner after an impressive outing at Edgbaston and we believe he could be a factor at the Ageas Bowl,” said coach Gary Stead.

“(In England) the role of the spinner is probably one of a little bit more of an attacking option than what it is in New Zealand at times so I guess we felt we needed to have who we thought was our best spinner in terms of the guy that can take wickets for us and that’s why Ajaz got the nod.”

“Colin’s been an integral member of our Test set-up for many years and it was great to see him return at Lord’s after a long injury lay-off. He’s a proven performer at the top level and we back him to do a job with the bat or the ball if called upon.

“Kane and BJ have certainly benefitted from their week of rest and rehabilitation and we expect them to be fit and available for the final.

Stead noted the contributions of the departing group and thanked them for their efforts over the past month.

“It’s not easy to say goodbye to guys who have given so much to the group. 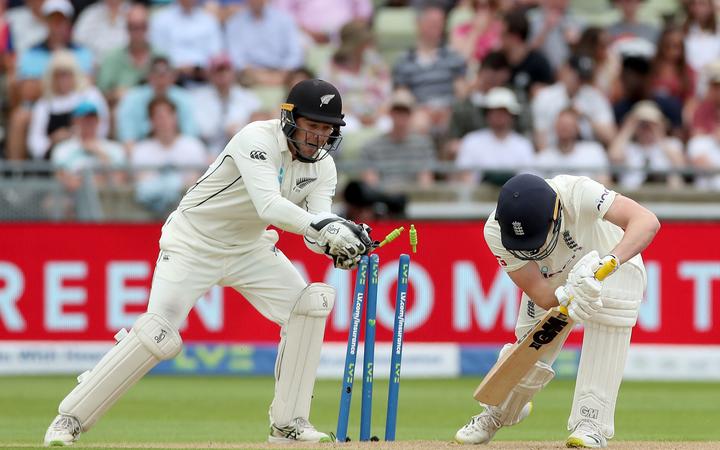 “Doug, Jacob and Rachin have been selfless in their attitude to helping the team and supporting those in the playing XI.

“I’d also like to highlight our fourth coach Heinrich Malan who has done a great job behind the scenes working with the players, in particular those who were not selected in the playing XIs to face England. That work was on show for all to see in the second Test with the six players coming in and performing so well.

“With our squad being reduced, Heinrich and our second physio Vijay Vallabh will return home to New Zealand on June 16, along with Jacob, Rachin and Mitchell. “ 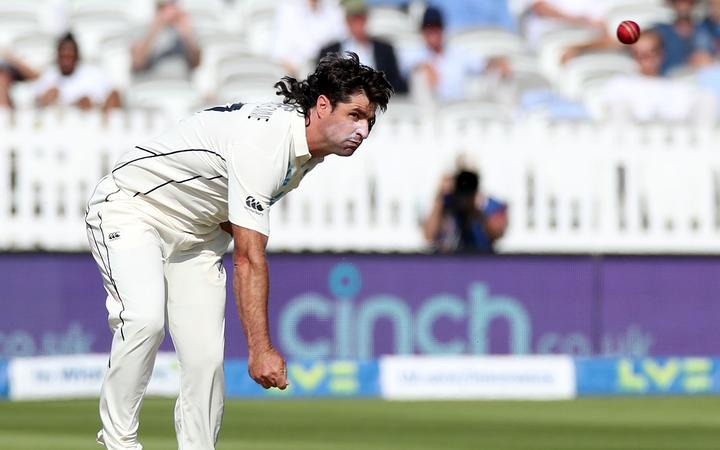 Daryl Mitchell (Middlesex) and Doug Bracewell (Nottinghamshire) will remain in England to play in the domestic T20 Blast.

“Playing in a World Cup Final is a really special occasion and I know the guys are looking forward to getting into their work here in Southampton,” said Stead.

“India are a world class outfit who possess match winners all through their line-up, so we’re under no illusion about how tough they will be to beat.”

Denial of responsibility! NewsUpdate is an automatic aggregator around the global media. All the content are available free on Internet. We have just arranged it in one platform for educational purpose only. In each content, the hyperlink to the primary source is specified. All trademarks belong to their rightful owners, all materials to their authors. If you are the owner of the content and do not want us to publish your materials on our website, please contact us by email – [email protected]. The content will be deleted within 24 hours.
Loading...
AjazAudiobest sports newsBlackCapsChampionshipCurrent AffairsHold