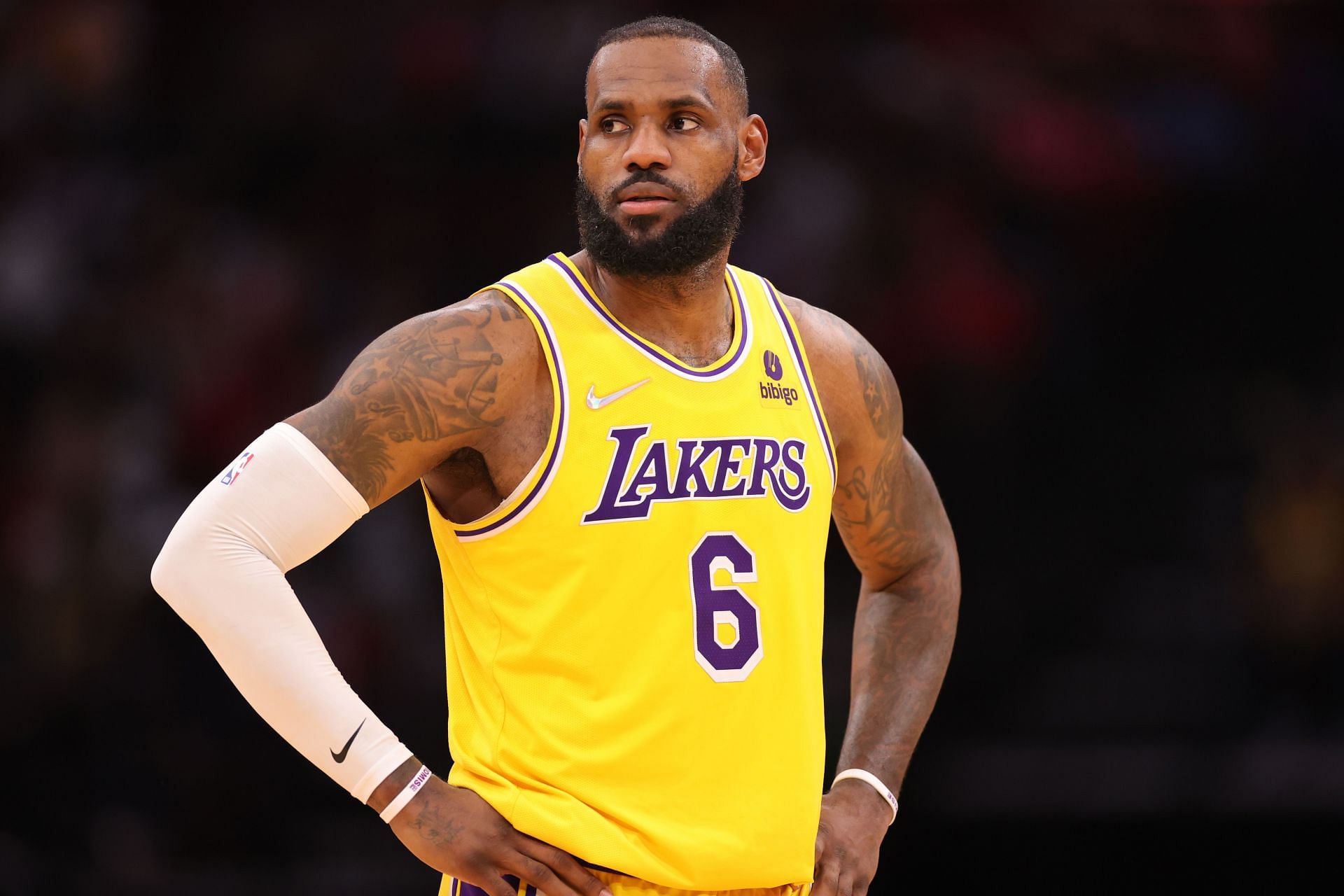 “Don’t try to demean LeBron for what he’s done, there was no KD or Steph in the ’80s or ’90s” – Shannon Sharpe reacts to Al Harrington’s comments on LeBron James and Michael Jordan

Former NBA player Al Harrington weighed in on the GOAT debate between LeBron James and Michael Jordan, saying that MJ dominated, and did it at a different level. He chucked James’ dominance under “playing with his lil bros,” and not everyone approved of that viewpoint.

It has always been a heated debate, especially among fans. The majority of older individuals choose Jordan mainly because of his perfect run in the NBA Finals (6-0). He was also not as physically dominating as James, which is why some credit him more for his achievements.

In the latest episode of “Skip and Shannon: Undisputed,” Skip Bayless and Shannon Sharpe discussed Harrington’s comments. Sharpe was not having it. When asked if there was any truth to what Harrington said, he replied:

After going on about how players are building better relationships these days due to social media, Sharpe added:

“This notion that everybody hated Michael Jordan is just not true.”

“Every chance people get, they try to belittle LeBron, because LeBron is 37, and he’s still doing things that even when they say he’s washed up, and he can’t do things, he’s playing it longer and being greater.”

“The idea that players competed harder back then is overblown. Don’t try to demean LeBron for what he’s done. There was no KD or Steph in the ’80s or ’90s.” — @ShannonSharpe

16-year vet Al Harrington says Jordan competed in tougher era vs. LeBron dominating his “little bros””The idea that players competed harder back then is overblown. Don’t try to demean LeBron for what he’s done. There was no KD or Steph in the ’80s or ’90s.” — @ShannonSharpe https://t.co/C5mdFyKGRR

Sharpe has always made it clear that James is his GOAT, while Bayloss has always preferred Jordan. Nonetheless, he is advocating for respect to be shown to James for his achievements rather than belittle the competition he faced to get there.

Although every player will say they played in a tougher era, the truth is that the competition is always stiff regardless of the era, especially with how the game has evolved. Wilt Chamberlain scored 100 points in a single game in his era, and while many might think it was easier to score then, Chamberlain could say his era was the toughest in league history.

The bottom line is that both Michael Jordan and LeBron James are extremely talented and have reached a level of dominance many only dream of. As of now, it is impossible to comment on the game without including MJ and LBJ for their contributions.

LeBron James over the last 9 Games:

James is not done yet, as he still has some fuel in the tank. The 37-year-old is in his 19th season and still playing a brand of basketball younger players in their prime might never replicate. Although the LA Lakers are struggling, “King James” is getting it done on both ends of the floor in hopes of leading the Lakers to their 18th championship.

Denial of responsibility! NewsUpdate is an automatic aggregator around the global media. All the content are available free on Internet. We have just arranged it in one platform for educational purpose only. In each content, the hyperlink to the primary source is specified. All trademarks belong to their rightful owners, all materials to their authors. If you are the owner of the content and do not want us to publish your materials on our website, please contact us by email – [email protected]. The content will be deleted within 24 hours.
80s90sBasketballbest sports newscommentsdemeandontHarringtons